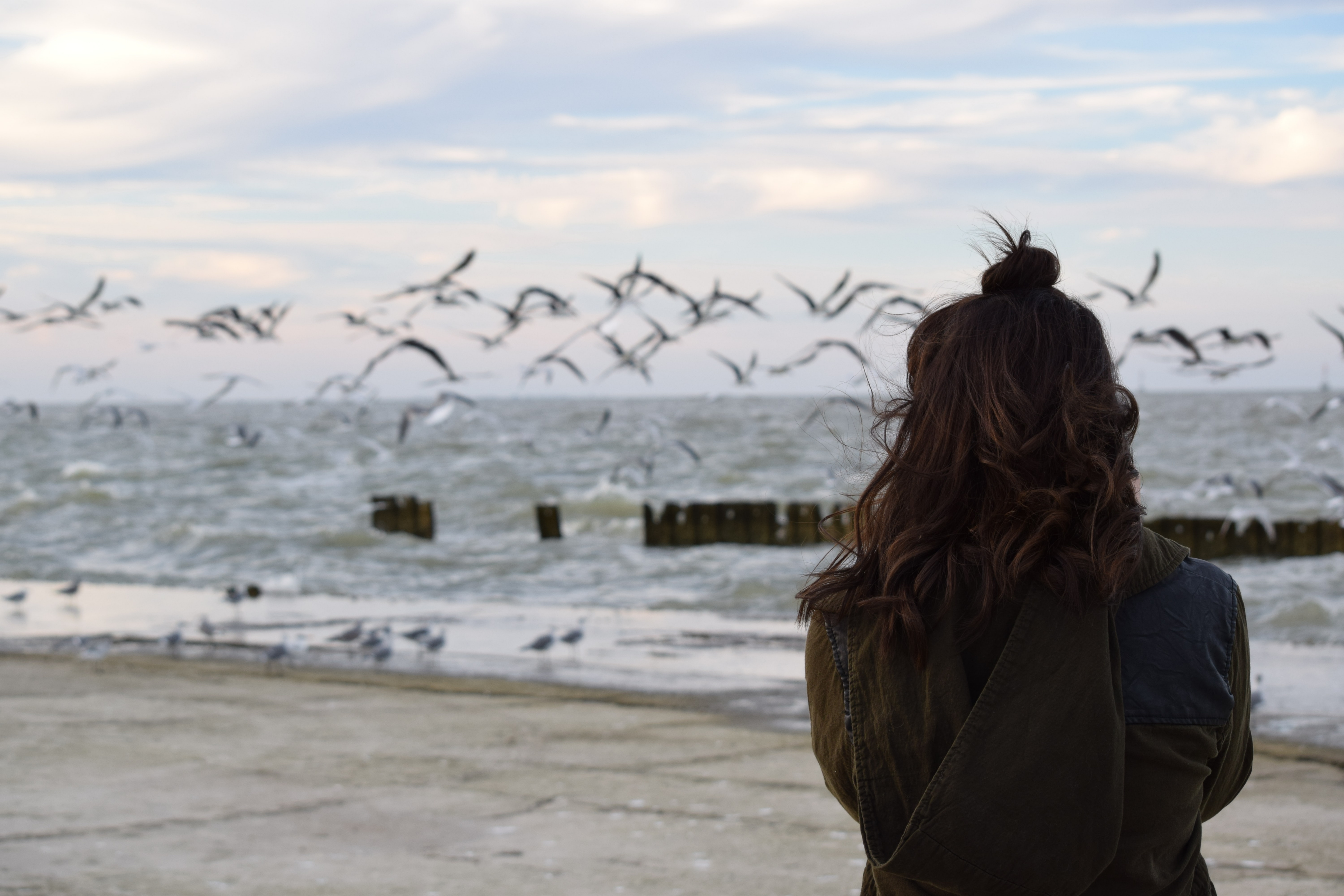 The Catechism wants us to understand that though prayer is a gift of the Holy Spirit, it also requires effort on our part, wanting us to appreciate that “prayer is a battle”; a battle “against ourselves and against the wiles of the tempter” (CCC, 2725). During this battle, we have to confront and overcome a variety of obstacles that make prayer difficult – intellectual difficulties and spiritual difficulties.

How to respond to intellectual difficulties of prayer

Have faith in the supernatural

Even if we are ‘cradle Catholics’ and have been brought up in the faith by faithful parents and good Catholic schools, if we are honest most of us will have to admit that we are ‘worldly’. We share in the mentality of the present world because we live and breathe the pervasive secular, materialist culture through the media and our interactions with non-Catholics.

We view the world through a pattern of materialistic ideas, which, like a familiar wallpaper we don’t even notice, shapes the ‘look’ of our daily lives. These secularist, materialist ideas include views such as: ‘I’ll only accept as true what I can test with my senses’; ‘There is no objective truth, only subjective experiences’; ‘The only activities that have value are those that physically contribute to humanity and the world’; ‘Only value subjective, individual experiences that give pleasure or a sense of personal achievement’.

Such materialist, consumerist ideas can corrode our confidence in the purpose and value of prayer, resulting in us reducing the time we give to prayer, to the point where we stop altogether in favour of ‘activity’. This worldly attitude is toxic to prayer, leading us to quickly assume that prayer doesn’t work.

Monsignor Robert Hugh Benson writes passionately about the corrosive effect of this worldly mentality on prayer in his collection of short stories, The Light Invisible (1903). We can only truly understand and appreciate the power of prayer if we have faith in the supernatural dimension of our lives. In Benson’s story, In the Convent Chapel, the narrator describes his perception of a solitary nun kneeling in prayer before the Tabernacle:

First, I became aware suddenly that there ran a vital connection from the Tabernacle to the woman. You may think of it as one of those bands you see in machinery connecting two wheels, so that when either wheel moves the other moves too… I perceived that this black figure knelt at the centre of reality and force, and with the movements of her will and lips controlled spiritual destinies for eternity. There ran out from this peaceful chapel lines of spiritual power that lost themselves in the distance, bewildering in their profusion and terrible in the intensity of their hidden fire. Souls leaped up and renewed the conflict as this intense will strove for them. Souls, even at that moment leaving the body, struggled from death into spiritual life, and fell panting and saved at the feet of the Redeemer on the other side of death. Others, acquiescent and swooning in sin, woke and snarled at the merciful stab of this poor nun’s prayers.
(The Light Invisible, pp.120; 124)

This is the reality of prayer that we cannot see. Fostering the devotion of spending time in adoration before the Blessed Sacrament will open one’s spiritual senses to the reality of the supernatural, especially when combined with a regular recourse to the Sacrament of Confession. Such a devotion cuts through the concupiscent ‘noise’ and enables one to sense more clearly the supernatural reality around us.

Hold onto the cross of Christ

There have been times when I couldn’t find the words to pray because the pain was too great. The deaths of my children, Gabriel and Ariel, forced me to question the existence of God. Grief can cut us off from God. Just at the time when we need to feel the love and closeness of God, he can feel distant, even absent. Looking back on my own times of intense grief, I don’t think God had chosen to be distant or absent, it was just the grief over my babies was so intense that I couldn’t feel his presence through all the ‘noise’ of my emotions.

Just when we need the solace of prayer and the sacraments, we can find going to Mass or trying to pray triggers grief, stirring up feelings of anger towards God – why did he let my babies die? Why couldn’t he save them through a miracle? It can also stir up feelings of guilt – did I have enough faith? Did I do something wrong? Am I being punished? All these thoughts and feelings around an ‘evil’ event in our lives can drive prayer away.

Confronted by the chaos of evil we can get caught up in the trap of desperately seeking answers and explanations. This is encouraged by a culture that overwhelms us with information, personal opinions and expert explanations. We go over and over in our minds what happened, asking endless questions: ‘what if I’d done this?’ or ‘what if they’d done that?’ I now realise I was trying to overcome the sense of powerlessness over the deaths of my children, as if an explanation could give me back control of my life.

The only answer I have found is the cross of Christ. There have been times when I couldn’t find the words to pray because the pain was too great, but holding a crucifix tight in my hand helped. I can’t explain why because the mystery of the cross goes beyond words.

Cecily Hallack, the English Catholic novelist, writes that, “The soul doesn’t want an explanation it wants a Personality” (Mirror for Toby, p.170). And the Catholic poet and playwright Paul Claudel gives a glimpse of the truth of the cross: “Jesus did not come to explain away suffering or remove it. He came to fill it with his presence.” His closeness calms the storms of grief, his personal presence promises victory over death, giving us hope and the possibility of meaningful prayer.

A way of allowing Jesus to fill our pain with his presence is through praying the Most Holy Rosary. Pope St John Paul II expresses it well when he writes that through praying the Rosary we enter into Mary’s living, eternal memories of the life of her son, and, as it were, see through her eyes the mysteries of Jesus (Rosarium Virginis Mariae).

How to respond to spiritual difficulties of prayer

We are all engaged in a battle for purity in this pornographic culture. Even if we successfully eschew pornography, sexually immoral images and ideas pervade our day-to-day environment through advertising, the media, the internet and discourse. Immersion in this culture, during a time of poor moral catechesis, has left many vulnerable to sins against purity. This moral crisis is crucial to prayer because only the pure in heart will see God (Mt 5:8). Purifying the heart is essential for our prayer life. Unconfessed sins can lead to a sense of dark alienation from God, a strong reluctance to pray, and a growing attraction to sin.

I once discussed this situation with a psychotherapist who followed the approach of Dr Carl Jung, the cofounder of psychotherapy with Sigmund Freud. Jung advocated, among other things, that we should “befriend our shadow”, those dark and evil images that arise from our concupiscent unconscious in dreams and fantasies. The psychotherapist told me that it was okay to have ‘bad’ thoughts because they were only thoughts. This wrong approach to impure thoughts is pervasive in our culture, with the permissive phrase, ‘It’s okay if you don’t hurt other people’. It ignores the brutal fact that such thoughts are sins that offend God and hurt us and other people on the spiritual level, just as much as sinful actions hurt us and others on the physical plane. Maybe more so.

The Catholic faith takes ‘thoughts’ very seriously, following the teaching of Our Lord Jesus Christ, “For out of the heart come evil thoughts, murder, adultery, fornication, theft, false witness, slander. These are what defile a man” (Mt 15:19). This is reflected in the Confiteor, our most important penitential prayer, which begins with the sins of thought: “I confess to Almighty God and to you, my brothers and sisters, that I have greatly sinned, in my thoughts and in my words, in what I have done and in what I have failed to do. Through my fault, through my fault, through my most grievous fault.”

These sins of thought, even when confessed and absolved through the Sacrament of Confession, wound the faculties of feeling and imagination that are so important to prayer, such as praying the Mysteries of the Rosary and meditation with Sacred Scripture and sacred art. Fr Reginald Garrigou-Lagrange OP writes that these confessed sins leave “certain dispositions, called the remnants of sin, reliquiae peccati, which are, as it were, imprinted in us, like a furrow in our faculties, in our character and temperament” (The Three Ages of the Interior Life, p.291). Just as an alcoholic must flee alcohol, we must flee those occasions of sin to which we are inclined. Often in prayer we must battle with these wounds caused to our faculties, character and temperament by the surrounding impure and pornographic culture.

The Catechism sets out the traditional strategy for us to battle for purity, empowered by the Sacrament of Baptism:

The sixth beatitude proclaims, “Blessed are the pure in heart, for they shall see God” (Mt 5:8). “Pure in heart” refers to those who have attuned their intellects and wills to the demands of God’s holiness, chiefly in three areas: charity; chastity or sexual rectitude; love of truth and orthodoxy of faith. There is a connection between purity of heart, of body, and of faith: “The faithful must believe the articles of the Creed ‘so that by believing they may obey God, by obeying may live well, by living well may purify their hearts, and with pure hearts may understand what they believe.’” (St Augustine) (CCC, 2518) 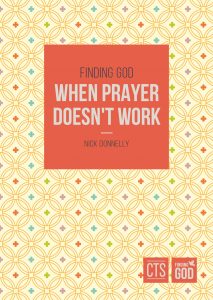 This blog is extracted from Finding God When Prayer Doesn’t Work, which explores the theme of unanswered prayer, drawing on the personal experience of the author and the lives of famous Christians.

Find more advice for prayer during hard times by ordering your copy of Finding God When Prayer Doesn’t Work.

View basket “Finding God in Times of Stress” has been added to your basket. 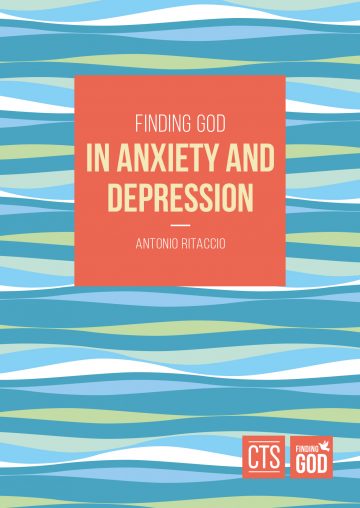 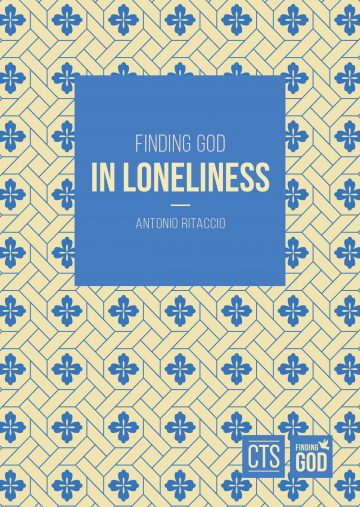 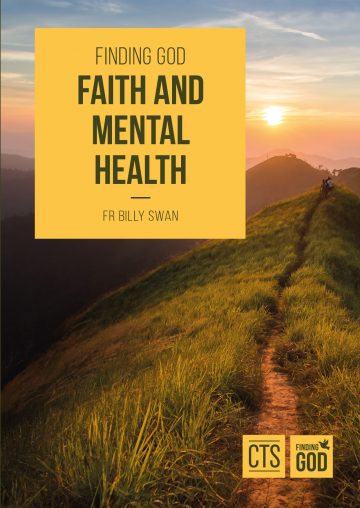 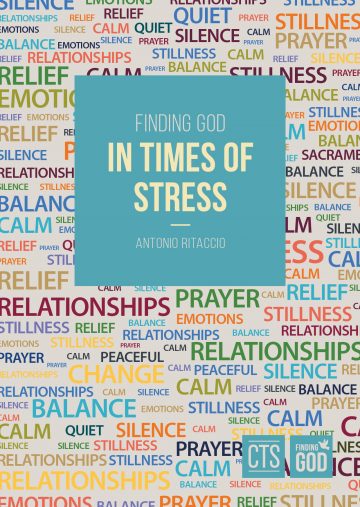 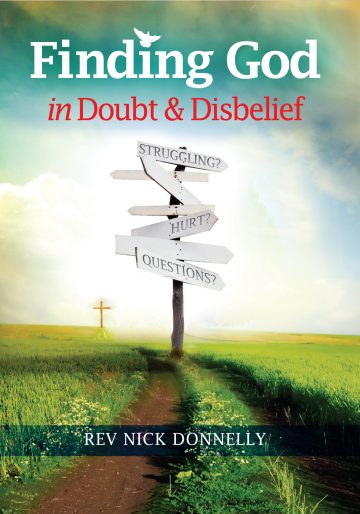