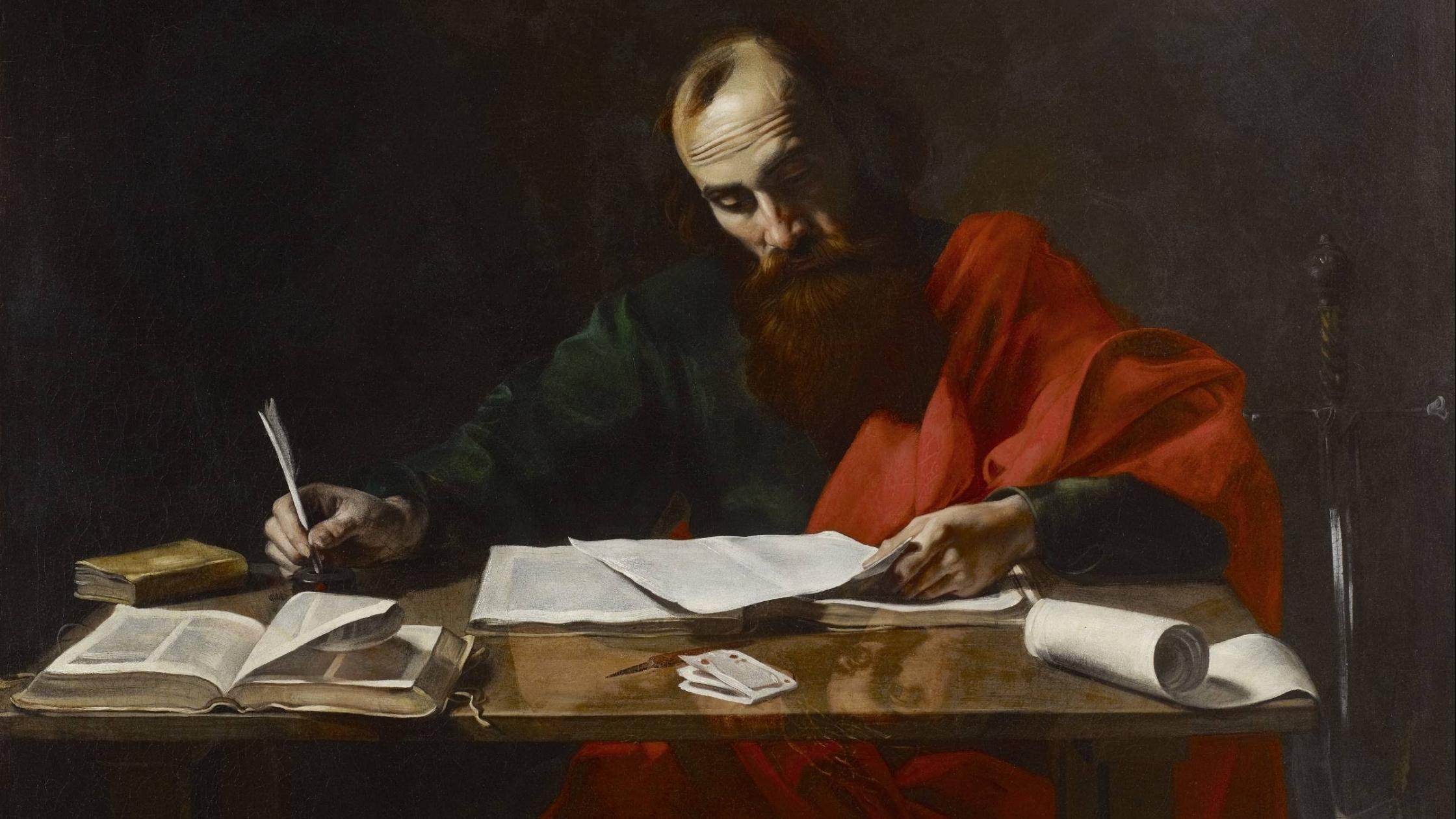 Paul was a tent-maker and scholar of Jewish teaching in the Holy Land (Acts 22:3). He was one of the most fervent persecutors of the first Christians, so as to protect ‘the tradition of his fathers’ (Gal 1:13-15). One day, as he was travelling to Damascus, he had a dramatic encounter with the risen Lord. This deeply affected him and brought him to convert to
Christianity. He is considered an Apostle, even though he never met Jesus during his earthly life (see #TwGOD 2.15 & 2.18). Paul became one of the most fervent preachers of the salvation and love that Jesus wants to bring to everyone indeed.

Although Paul preached God’s message of love, some people say that he was homophobic. They then quote part of his letters, for example when he warned against certain sexual behaviour. As always, the context is important. For example, when Paul spoke of ‘sodomites’ (1 Cor 6:9), he referred in particular to adults who kept boys or young men for prostitution, seeking their own pleasure at the expense of others.

Paul often warned against ‘sins of the flesh’, which lead people to addictions to alcohol, wealth, power, sex… Various saints did the same, and also offered remedies against addictions. True, Paul considered homosexual acts not to be in line with the biblical plan for man. But he never gave any hint of hate or violence against gay people. On the contrary, Paul continued to preach the gospel of love.

The Catholic Church teaches that sex has a specific purpose, and that it has a natural place only in marriage between a man and a woman. Sex outside of marriage, including gay sex, does not correspond with the idea of how we are created by God. Everyone is called to live with their sexuality and sexual desires in a proper way — principally out of love for God. Chastity is a virtue we should all strive for, whatever our sexual orientation. To have intercourse is a conscious decision: we can decide not to have sex. However, sexual orientation is not just a matter of free choice. We can only be held responsible for our conscious acts, not for who or how we are.

On the other hand, ignoring people is a completely wrong reaction. It is sometimes forgotten — even by Christians — how the Church teaches that gay people must be accepted with respect, compassion, and sensitivity (CCC 2357). They should not be discriminated against unjustly, but respected and accompanied pastorally, said Pope Francis (27 June 2016). Whenever the view of the Church on homosexual acts is used to incite hatred, this is a great wrong. Many saints worked for the well-being of gay people. For example, Mother Teresa cared for many gay people and welcomed aids patients at a time when few would do so.

People who uphold the Catholic view of sexuality like Saint Paul are not homophobic, but they do so in order to be honest about the teaching of the gospel. In fact, it does not only take courage to admit one’s sexual orientation, but also to explain why in the Catholic view sex is only for married life. As a community founded on love, in the Church everyone who sincerely seeks Jesus is welcome with their personalities, their talents and even their sinful nature — which we all share. Any person struggling with a just way of living his or her sexuality needs help, care and understanding. We all need a lot of support on our personal path towards sainthood, in the form of the grace of God, but also in the friendship and accompaniment by our fellow travellers. What about you?

This blog is extracted from our book Online With Saints, which offers a virtual encounter with hundreds of saints from all around the world and all paths of life, linking their inspirational stories to real-life modern questions and providing answers.