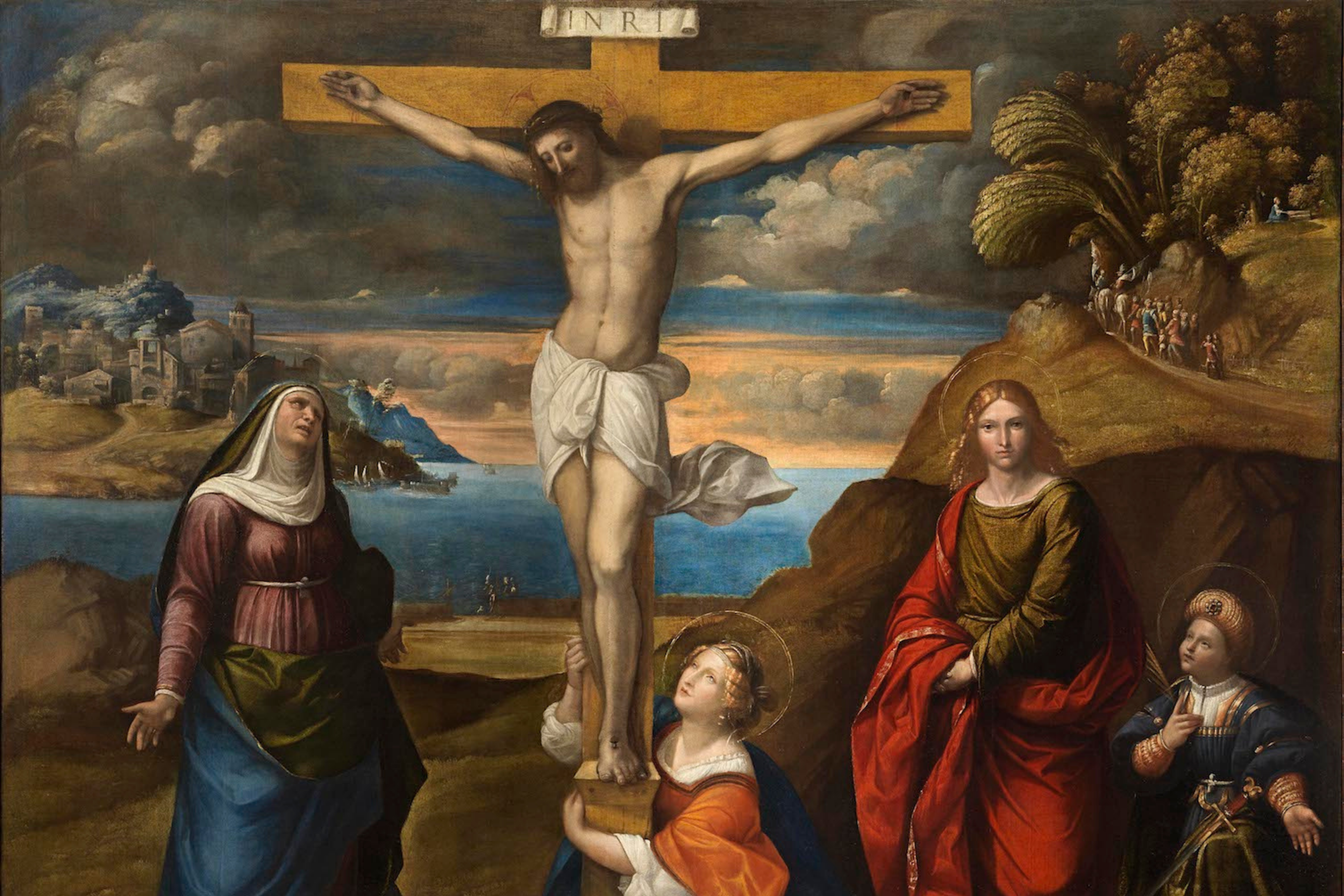 The Sorrowful Mysteries of the Rosary are generally prayed on Tuesdays & Fridays. To learn how to pray the rosary, view our helpful guide here.

And they went to a place which was called Gethsemane; and he said to his disciples, “Sit here, while I pray.” And he took with him Peter and James and John, and began to be greatly distressed and troubled. And he said to them, “My soul is very sorrowful, even to death; remain here, and watch.” And going a little farther, he fell on the ground and prayed that, if it were possible, the hour might pass from him. And he said, “Abba, Father, all things are possible to you; remove this cup from me; yet not what I will, but what you will.”

Christians know that suffering cannot be eliminated, yet it can have meaning and become an act of love and entrustment into the hands of God who does not abandon us; in this way it can serve as a moment of growth in faith and love. By contemplating Christ’s union with the Father even at the height of his sufferings on the cross (cf. Mk 15:34), Christians learn to share in the same gaze of Jesus….

To those who suffer, God does not provide arguments which explain everything; rather, his response is that of an accompanying presence, a history of goodness which touches every story of suffering and opens up a ray of light.

And Pilate again said to them, “Then what shall I do with the man whom you call the King of the Jews?” And they cried out again, “Crucify him.” And Pilate said to them, “Why, what evil has he done?” But they shouted all the more, “Crucify him.” So Pilate, wishing to satisfy the crowd, released for them Barabbas; and having scourged Jesus, he delivered him to be crucified.

He has given himself for me

The Son of God offers himself to us, he puts his Body and his Blood into our hands, so as to be with us always, to dwell among us. And in the Garden of Olives, and likewise in the trial before Pilate, he puts up no resistance, he gives himself; he is the suffering Servant, foretold by Isaiah, who empties himself, even unto death (cf. Is 53:12).

Jesus does not experience this love that leads to his sacrifice passively or as a fatal destiny. He does not of course conceal his deep human distress as he faces a violent death, but with absolute trust commends himself to the Father. Jesus gave himself up to death voluntarily in order to reciprocate the love of God the Father, in perfect union with his will, to demonstrate his love for us. On the Cross Jesus “loved me and gave himself for me” (Ga 2:20). Each one of us can say: “he loved me and gave himself for me”. Each one can say this “for me”.

And the soldiers led him away inside the palace (that is, the praetorium); and they called together the whole battalion. And they clothed him in a purple cloak, and plaiting a crown of thorns they put it on him. And they began to salute him, “Hail, King of the Jews!” And they struck his head with a reed, and spat upon him, and they knelt down in homage to him.

A King who loves

Jesus does not enter the Holy City to receive the honours reserved to earthly kings, to the powerful, to rulers; he enters to be scourged, insulted and abused, as Isaiah foretold in the First Reading (cf. Is 50:6). He enters to receive a crown of thorns, a staff, a purple robe: his kingship becomes an object of derision. He enters to climb Calvary, carrying his burden of wood. And this brings us to the second word: Cross. Jesus enters Jerusalem in order to die on the Cross. And it is precisely here that his kingship shines forth in godly fashion: his royal throne is the wood of the Cross!…..

The King whom we follow and who accompanies us is very special: he is a King who loves even to the Cross and who teaches us to serve and to love.

And when they had mocked him, they stripped him of the robe, and put his own clothes on him, and led him away to crucify him. As they were marching out, they came upon a man of Cyrene, Simon by name; this man they compelled to carry his cross.

Entering into the logic of the cross

Following Jesus means learning to come out of ourselves in order to go to meet others, to go towards the outskirts of existence, to be the first to take a step towards our brothers and our sisters, especially those who are the most distant, those who are forgotten, those who are most in need of understanding, comfort and help….

Living Holy Week means entering ever more deeply into the logic of God, into the logic of the Cross, which is not primarily that of suffering and death, but rather that of love and of the gift of self which brings life.

It was now about the sixth hour, and there was darkness over the whole land until the ninth hour, while the sun’s light failed; and the curtain of the temple was torn in two. Then Jesus, crying with a loud voice, said, “Father, into your hands I commit my spirit!” And having said this he breathed his last.

The cross of Christ, word of the Father’s love

The Cross is the word through which God has responded to evil in the world. Sometimes it may seem as though God does not react to evil, as if he is silent. And yet, God has spoken, he has replied, and his answer is the Cross of Christ: a word which is love, mercy, forgiveness. It is also reveals a judgement, namely that God, in judging us, loves us. Let us remember this: God judges us by loving us. If I embrace his love then I am saved, if I refuse it, then I am condemned, not by him, but my own self, because God never condemns, he only loves and saves….

Let us walk together along the Way of the Cross and let us do so carrying in our hearts this word of love and forgiveness. Let us go forward waiting for the Resurrection of Jesus, who loves us so much. He is all love! 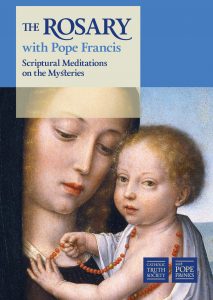 This blog is extracted from The Rosary With Pope Francis. This scriptural rosary is accompanied by meditations on the mysteries from the teachings of this truly Marian Pope. Includes indulgences for saying the Rosary & Marian prayers written by Pope Francis.

Order your copy of The Rosary With Pope Francis and support the mission of CTS. 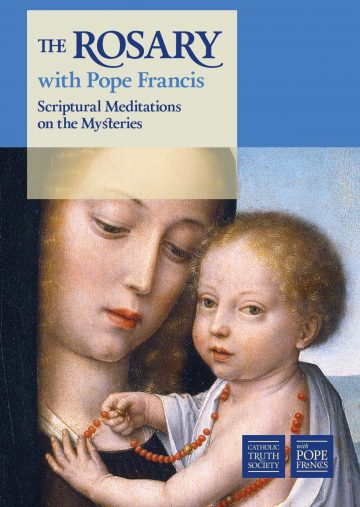