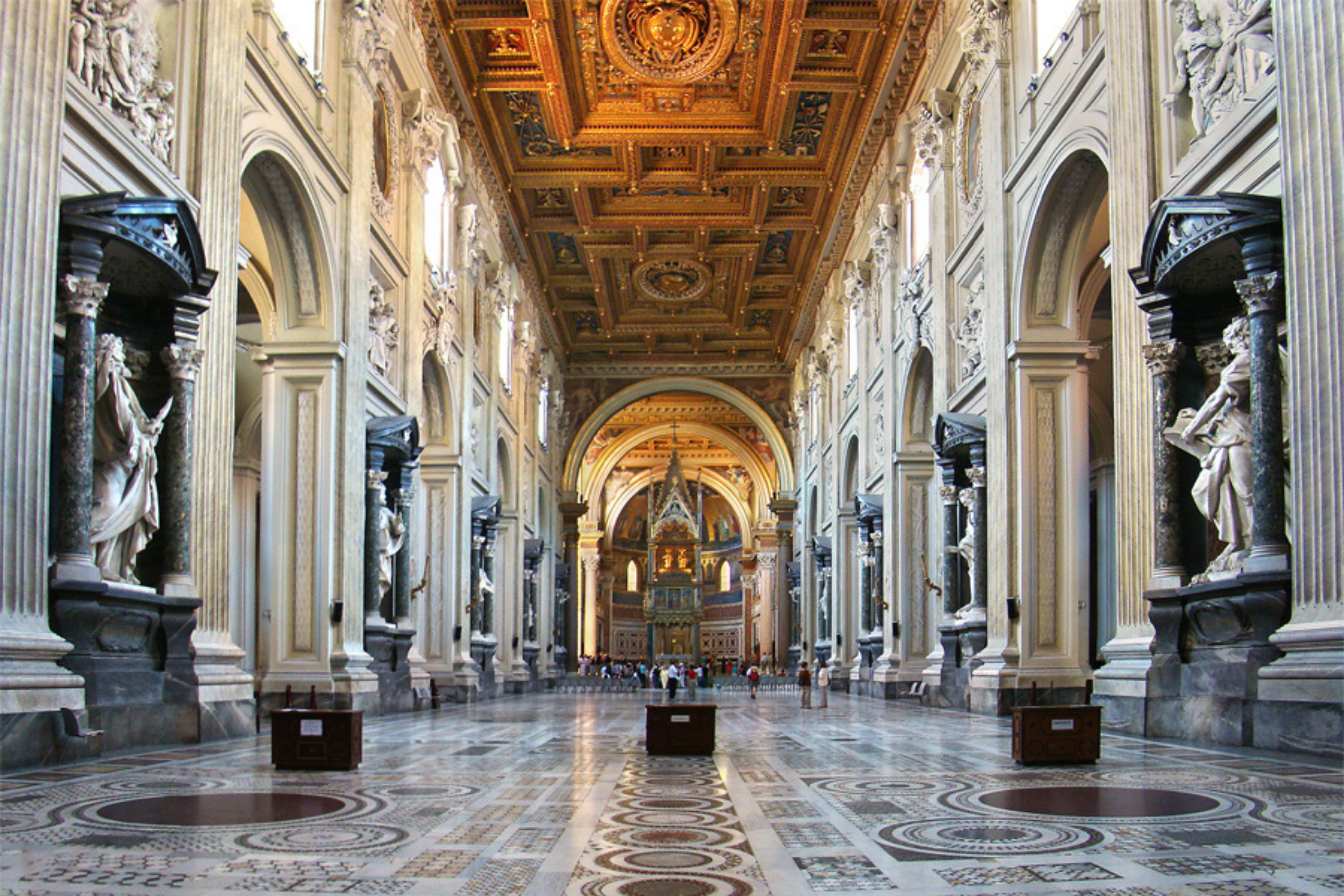 St John Lateran is a great, proud monolith of a church, dominated on high from the façade, by the statue of Christ the Saviour, flanked by the other dynamic statues of Ss John the Baptist and the Evangelist, and eight Doctors of the Latin and Greek Churches. It stands out from the surrounding area, and its size is emphasised by the pleasant green tree-lined approach, and empty grassed space in front of it. In contemplating this wonderful building, Dante said of it in his Divine Comedy, “If the barbarians from the distant land coming to Rome were astonished by her great monuments, when above all of which rose the Lateran, just imagine how moved was I”. Its title, given to this church alone is, ‘Most holy church of the Lateran, mother and foundation of the churches of all cities and of the world’, and sums up its standing as the first Christian basilica of Rome, and the world, and is the seat of the Bishop of Rome – the Pope – taking pre-eminence over all other churches. Up until the fourteenth century it was also the seat of the papacy, which subsequently moved to the Vatican on return from the Avignon exile in 1377.

It was built, once again, on the initiative of Constantine, over land belonging to the Laterani family and former horse guard barracks, between 314 and 318. It was consecrated to Christ the Saviour by Pope Silvester I in 324. This church’s history accurately reflects the turbulent history of Rome, a cycle of ransack and destruction by invaders or natural occurrences, followed by rebuilding and restoration. It was twice destroyed by fire, and rebuilt. After a major rebuild in 904, Pope Sergius III added St John the Baptist as a patron; two centuries later in 1144, St John the Evangelist was named as the third co-patron, completing a symbolic continuity and link, not only in name, but from Old Testament to New, the Word being made Flesh. The Basilica’s present form and shape was executed over many years between the 16th and 18th centuries, with Borromini presiding over the interior architecture and design in the mid 17th century.

Impressions: high above one’s head, a fantastically gilded, ornate and embellished wooden ceiling, and, below one’s feet, a beautifully patterned and detailed Cosmati marble floor, the overall impression and effect from which you can only get by looking at a picture of the whole. What I found most inspiring and memorable from this church was the statues of the twelve Apostles flanking the main nave.

Also of interest is the separate octagonal Baptistry, its splendour and size reflecting the fact that baptisms in the early Church were only conducted by the bishop in the cathedral; it was only much later in the 7th and 8th centuries that baptism was perforce ‘delegated’ to priests in the now growing and geographically spread parish churches, to which the bishops visited at some stage after the event to administer the Sacrament of Confirmation – ‘confirming’ the Holy Spirit on the baptised. There is also a 13th century arched cloister, with its graceful pairs of plain and spiralling columns. Adjacent to the church is the Lateran palace, former residence to the Popes, and across the plaza, the Scala Sancta (Holy Stairs) up which Christ was said to have ascended to his judgement before Pontius Pilate, and brought to Rome by Helena, Constantine’s mother.

The three patrons of this Basilica are linked perfectly in time and space in St John’s Gospel, when he writes movingly, as Jesus and the disciples are together with John the Baptist, who bears witness for the last time:

You yourselves can bear me out. I said, “I am not the Christ; I am the one who has been sent to go in front of him”. / It is the bridegroom who has the bride; and yet the bridegroom’s friend, who stands there and listens to him, is filled with joy at the bridegroom’s voice. This is the joy I feel, and it is complete’. (Jn 3:28-29).

O loving God, we hear your voice through your Word, we see it in action through your holy martyrs and saints. Help us, through understanding Your Word and living by example, to aspire to holiness, a holiness that springs from the heart, and flows through our troubled minds, washing us and refreshing us. In times when there is joy in our lives, let us give you the thanks; in times when there is sadness, let us hold fast to those joyful moments, whilst trusting You to lift our burden of sorrow. Help us above all, to apply Your Son’s ‘new commandment’ which He left us as an enduring message at the Last Supper: “Love one another, as I have loved you. (Jn 15:12) 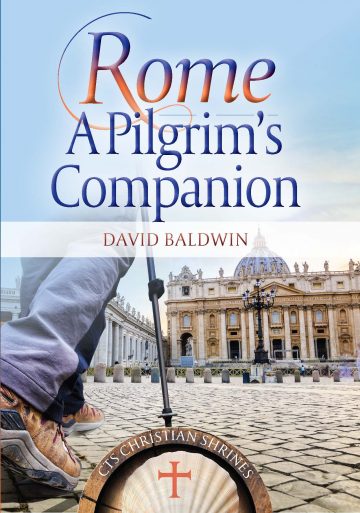