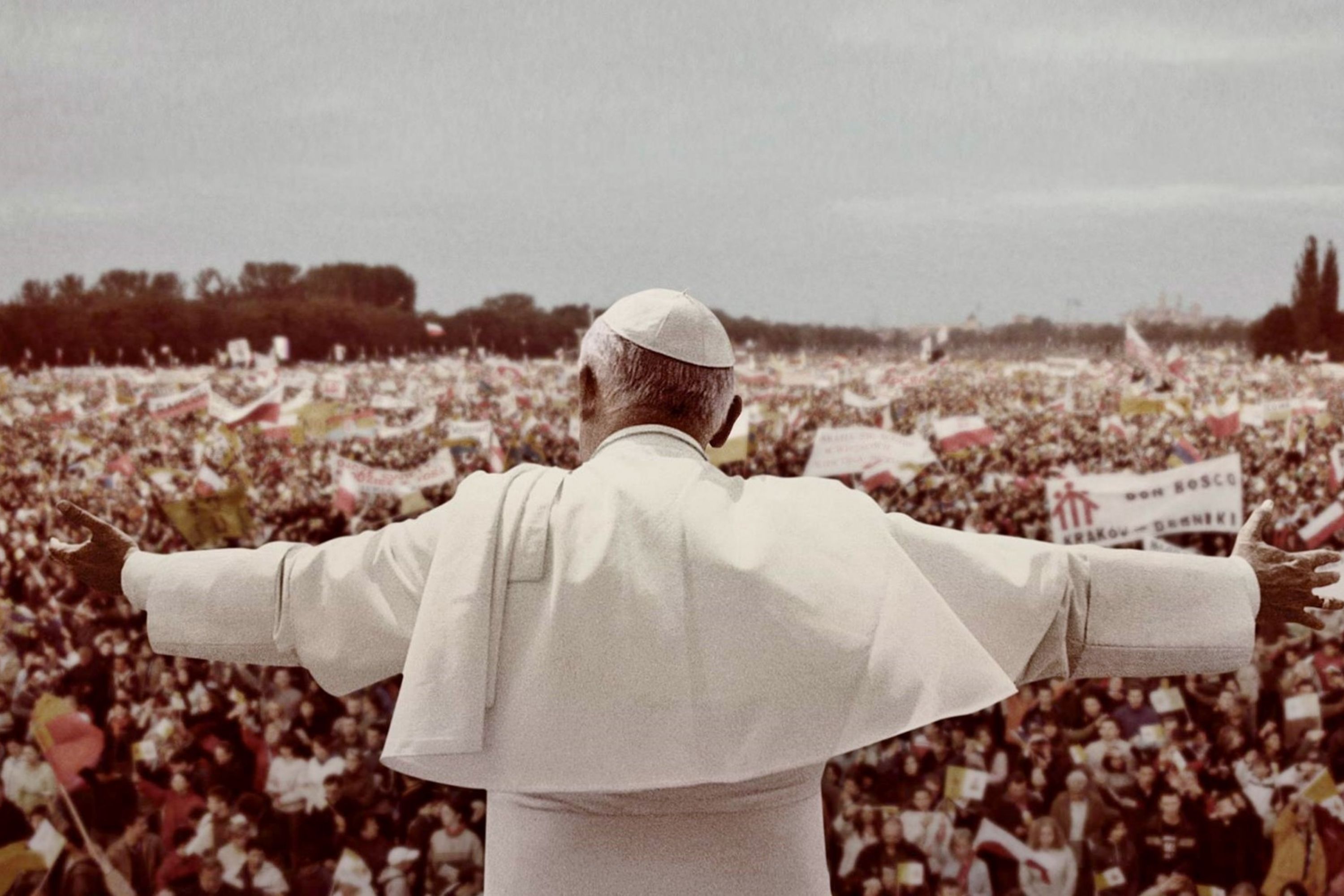 Be generous in answering Jesus’ call inviting you to put out into the deep and become His witnesses, discovering the trust He puts in you to devise a future together with Him. Above all, to fulfill this mission the Church is entrusting to you requires that you cultivate a genuine life of prayer nourished by the Sacraments, especially the Eucharist and Confession.

Karol Wojtyła was born in Wadowice, Poland. As a boy, he loved athletics, football and swimming, had a large group of friends, and a beautiful girlfriend. He moved to Cracow with his father to study languages. The Nazi occupation forced the university to be closed. When some of his friends intended to take up arms to fight the enemy, Karol strongly spoke up for a non-violent resistance. For example, he was one of the driving forces of a secret theatre group and he hoped to help people keep faith and morale through their intellectual performances. Not long after the death of his father, Karol intensified his prayer life and discerned that God was calling him to become a priest. He studied in a clandestine seminary in his free time, while also working in a stone quarry and later in a chemical factory. In spite of these hardships, Karol felt confirmed in his choice to pursue his vocation, and was ordained a priest in 1946.

As a priest, he would often take young people out into the mountains for hiking, skiing, and kayaking. When they set up camp, they gathered around their ‘uncle’, as they called him. He listened attentively to their questions and always gave them a candid answer. He was appointed auxiliary bishop and later cardinal of Cracow. As such, he became an important force against the evils of communism. In 1978 he was elected pope. From the beginning of his pontificate, he spoke to the heart of the faithful. ‘Do not be afraid’ he cried to the crowds gathered in Saint Peters’ Square, urging them (and the communists) to ‘Open wide the doors to Christ.’ He had a special message for young people, telling them: ‘You are the future of the world and the hope of the Church. You are my hope!’ (22 October 1978). He would often repeat this message in different words, inviting his listeners to open themselves to God’s voice and answer to his will for them personally. Pope John Paul II is the founder of World Youth Day, which he instituted after a successful international youth gathering in Rome in 1984.

‘I am often asked, especially by young people, why I became a priest… It is impossible to explain entirely, for it remains a mystery, even to myself… Yet, I know that at a certain point in my life, I became convinced that Christ was saying to me what he had said to thousands before me: “Come, follow me!” There was a clear sense that what I heard in my heart was no human voice, nor was it just an idea of my own. Christ was calling me to serve him as a priest… I would like to invite each of you to listen carefully to God’s voice in your heart. Every human person is called to communion with God. That is why the Lord made us, to know him and love him and serve him, and – in doing this – to find the secret to lasting joy.’ [Pope John Paul II, Teleconference with young people, 15 September 1987]

O God, who are rich in mercy and who willed that the blessed John Paul the Second should preside as Pope over your universal Church, grant, we pray, that instructed by his teaching, we may open our hearts to the saving grace of Christ, the sole Redeemer of mankind. Who lives and reigns with you in the unity of the Holy Spirit, God, for ever and ever.