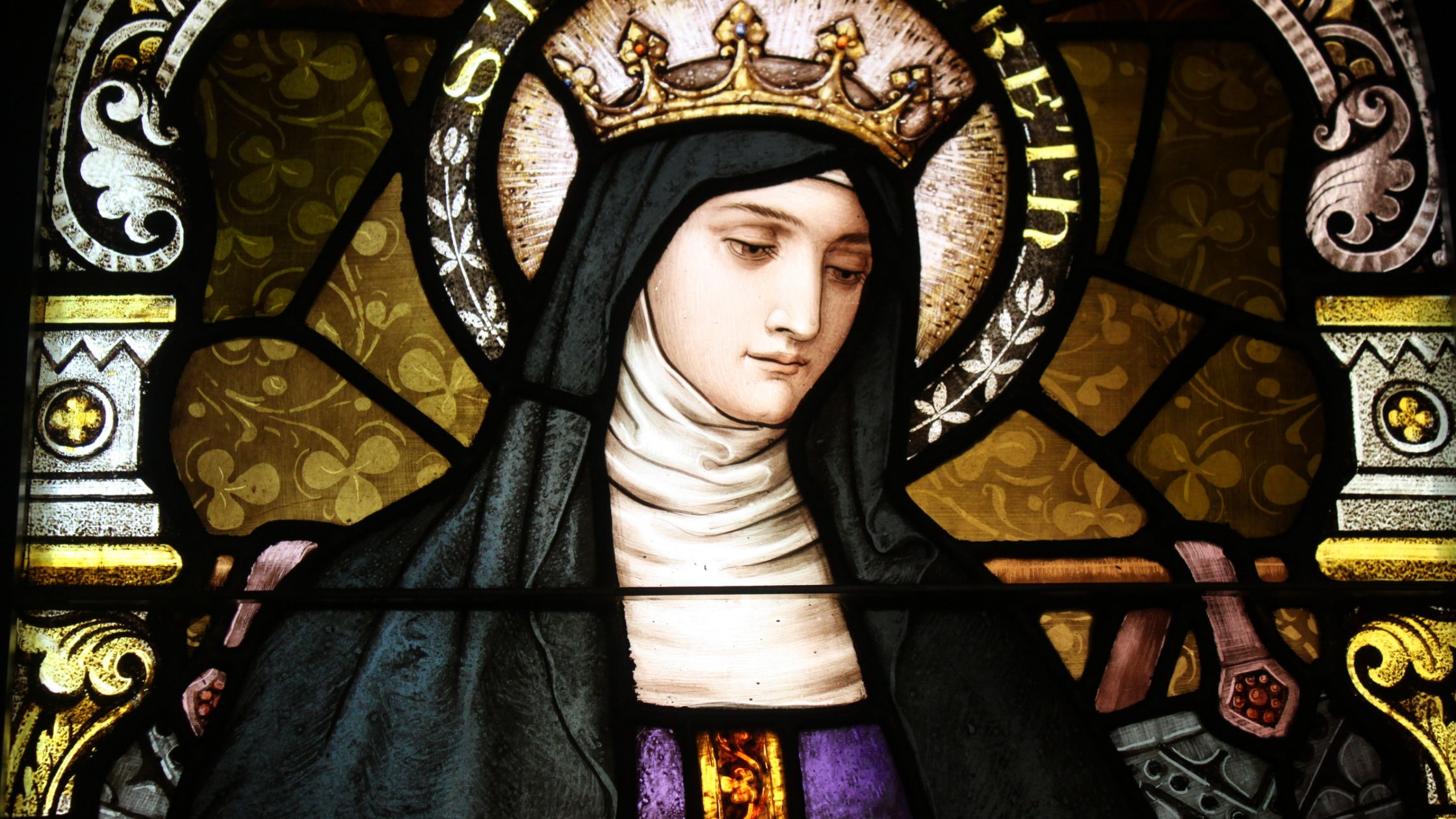 Here before my eyes is my God and my King; the mild and merciful Jesus crowned with sharp thorns. Shall I, lowly creature that I am, remain before Him crowned with gold, and mock His crown with mine.

Elizabeth was a Hungarian princess. She did not have a typical youth: her marriage was arranged almost at birth, she started her formation to be queen at the age of four, and her mother was murdered when she was six. At the age of 14 she married Louis of Thuringia, whom she deeply loved. They had three children and were very happy together. Elizabeth had another love in her life: Jesus. She was especially struck by the example of Saint Francis of Assisi. She lived a simple life, spent much time in prayer, and did what she could to help the poor and needy. Then her heart broke. Louis died suddenly of illness on his way to the Crusades. She was desolate, and it was to her as if the whole world had died. She mourned for months. Then she decided to dedicate the remainder of her life to God alone, and never remarry, in spite of the demands of her family.

She became a lay member of the third order of Saint Francis, and lived in prayer and poverty. After some dispute, she received her heritage, which she used to found a hospital named after Saint Francis. Here she personally cared for the sick during the remaining years of her life. She was 23 years old when she died.

Collect for St Elizabeth of Hungary

O God, by whose gift Saint Elizabeth of Hungary recognized and revered Christ in the poor, grant, through her intercession, that we may serve with unfailing charity the needy and those afflicted. Through our Lord Jesus Christ, your Son, who lives and reigns with you in the unity of the Holy Spirit, one God, for ever and ever.

The Works of Mercy

This image is extracted from our book DOCAT by YOUCAT Foundation. 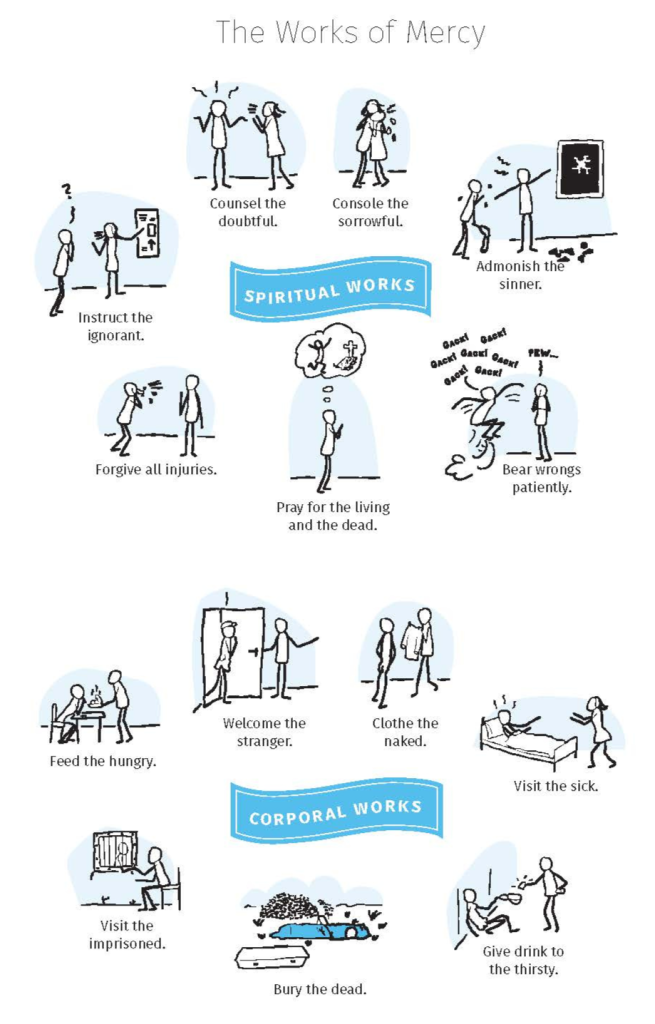