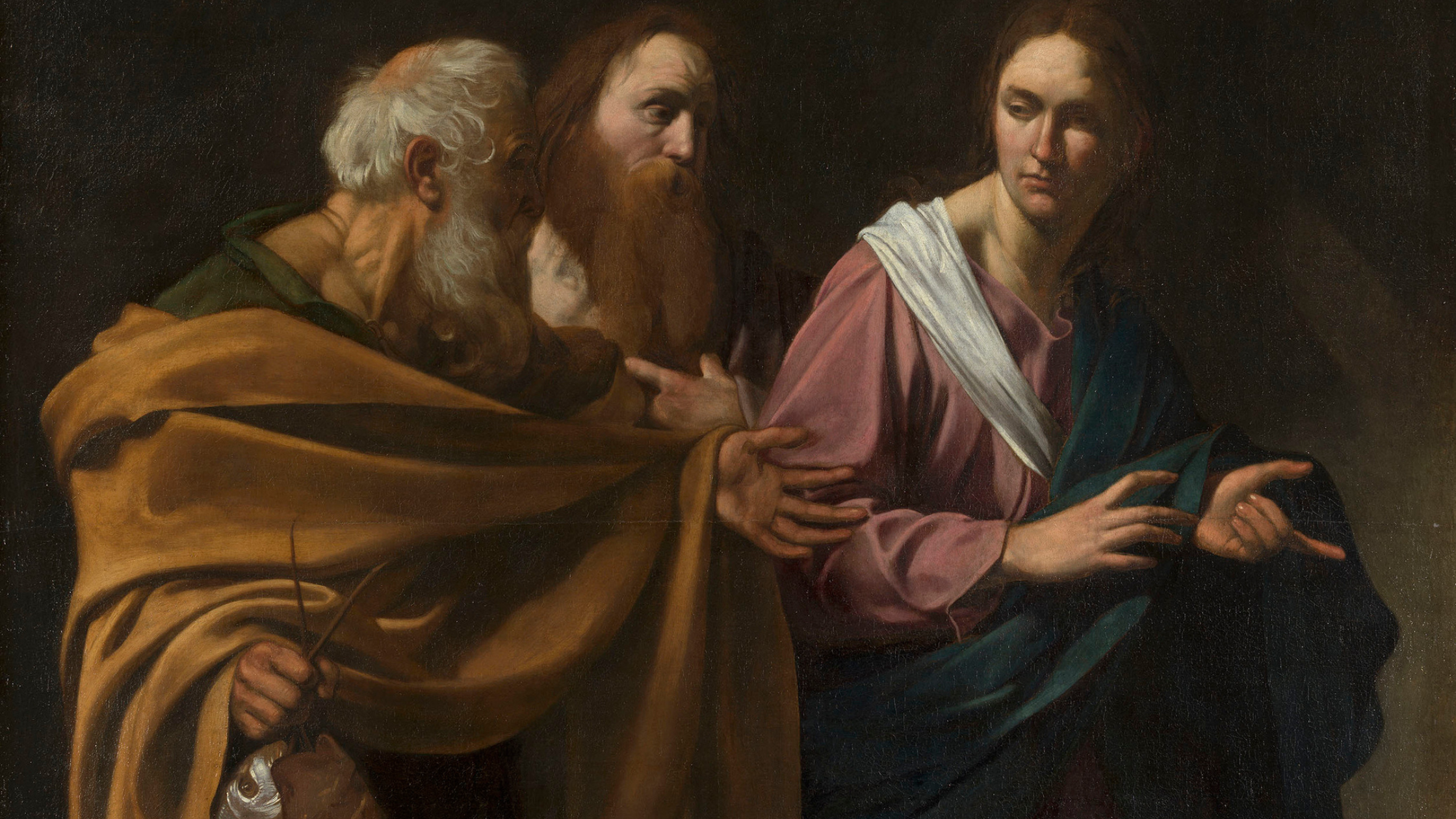 “When Andrew had been with Jesus, and had learned so much from him, he did not keep this treasure to himself. He made haste and ran to his brother, to share with him what he had learned… This action of sharing his spiritual gains with others was born of brotherly love, family ties, and genuine affection… But notice also the eager and obedient spirit of Peter. The moment he heard the news he hurried at once to Jesus with his brother… Andrew brought him to Jesus. He put Peter into his hands so that he could learn everything from Jesus himself… Andrew, who was not capable of giving a full explanation…brought his brother to the source of light itself, in so much haste and joy that he would not brook the slightest delay.”

Who was St Andrew?

St Andrew (first century) was born at Bethsaida and worked as a fisherman. He is called the Protokletos or ‘first called’, for he was originally a disciple of St John the Baptist before following Christ and bringing with him his brother, St Peter. After Pentecost he zealously preached the Gospel and was crucified at Patras (Greece). He is the Patron of Scotland, where his relics were formerly venerated at St Andrews.

We humbly implore your majesty, O Lord, that, just as the blessed Apostle Andrew was for your Church a preacher and pastor, so he may be for us a constant intercessor before you. Through our Lord Jesus Christ, your Son, who lives and reigns with you in the unity of the Holy Spirit, one God, for ever and ever.

This reflection is written by Fr Michel Remery in Online With Saints.

Andrew was the brother of Peter the Apostle. Both were fishermen, just like the Apostles John and James. In the Gospels, Jesus’s disciples are often mentioned in groups of four, and Andrew is always in the first group. So, he was very close to Jesus. However, if you read the Gospels carefully, Andrew is simply a steady presence in the background. He seems to be the least of his group. He is always mentioned after his brother. Still, it was Andrew who met Jesus first, and then brought Peter to him (Jn 1:40-42). That gives a good idea of his entire career: like most of us he is not the first, not the most important, but he is a very faithful follower of Jesus. And he does not have a problem with this! Rather, he is happy to be with Jesus.

Andrew is a good example for all who sometimes desire to climb up in the community, to become more important or famous than others. Andrew did become famous, yes, and also important, but he never looked for it, and he did not grasp for himself what was not meant for him.

Rather, he simply lived his life as a Christian and accepted the mission given to him as a service to Jesus and the community of the faithful. An ancient tradition tells us that after Jesus’s death, Andrew became the Apostle of the Greek-speaking world: he went to Greece, Bulgaria and even to Russia. His ‘career’ seemed to end with the anti-climax of his death as a martyr: he was crucified like a criminal on a cross shaped like an X, which henceforth was called Saint Andrew’s Cross. But for him it was the high point in his spiritual career!

Whenever people speak of ‘making a career in the Church’ something goes completely wrong! The only career a Christian should wish for is to be close to Jesus. This does not mean that ambition is always wrong. However, in our society, we think in terms of the important, the famous… We consider it normal that kings, rock stars, or bishops receive the best places and are served by others. But no one in the Church should claim such treatment for their own. Therefore, Pope Francis often warned against the dangers of careerism in the Church (6 June 2013). Obviously, we need to distinguish between role and person. A bishop who visits one of his communities is bound to sit in the middle, and get all the attention. This is natural and good, for he is their leader and shepherd. Also, he cannot carry out his great responsibility alone: he needs every help and support he can get! But a leader is first of all a member of the community. Jesus said that a real leader is appointed to serve the others, not to be served (Lk 22:24-27).

Andrew realised that in the end every Christian, regardless of their function, is just one single stone in the great brick building which is the Church. And each of these stones can be taken out without the entire building collapsing immediately. That danger exists only when many stones are corrupted. The lady who waters the flowers in church, the treasurer, the woman leading the parish council, the priest or the bishop: each of them has a specific role to fulfil. Each of them is one single stone in the building of the Church. Depending on their role they are placed at a certain position in the stone wall. But they are all stone bricks that look exactly the same, and have the same value in God’s eyes. So why aspire to be more than you are?