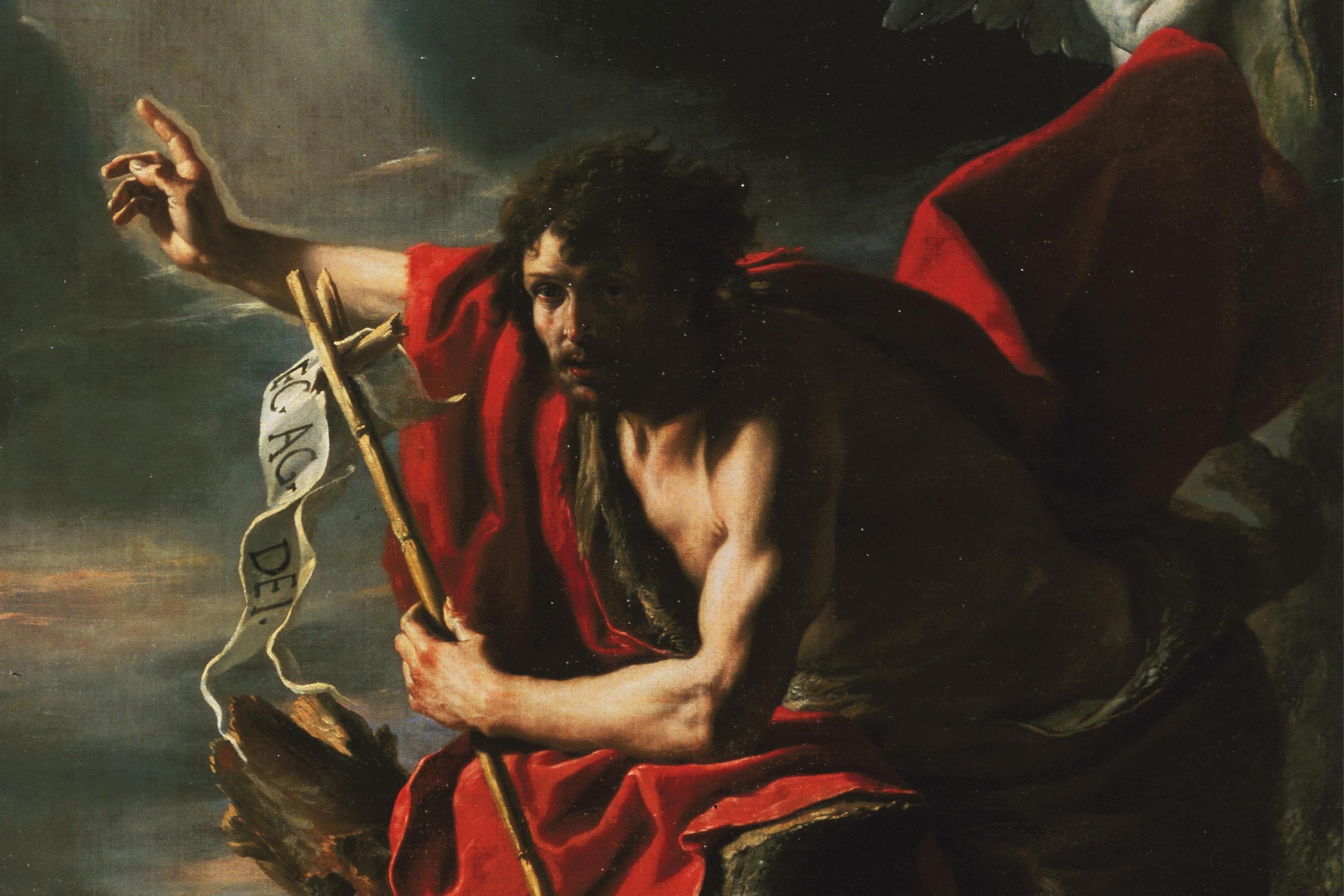 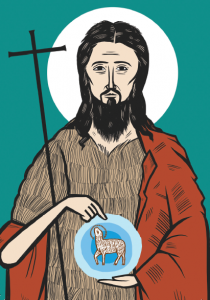 John the Baptist is often called the bridge between the Old and the New Testament. He was a cousin of Jesus: his mother Elizabeth and Mary were related (Lk 1:36). The way in which he was conceived and born shows that he was chosen by God for a very special mission (Lk 1,5-66). He prepared the people for accepting that Jesus was the Saviour whose coming had been announced throughout the ages in the Old Testament. John was called the Baptist because of his desire to baptise people as a sign of their conversion. One day, Jesus came up to him and asked to be baptised. That was the beginning of Jesus’s public life, during which he spoke about God and preached the gospel. John’s end was rather sad, as if his role was over when he had baptised Jesus. He was arrested by Herod, the local ruler. Because of a whim of Herod’s wife and daughter, John was beheaded, and buried by his disciples.

John was the greatest of all people on earth, Jesus said (Mt 11:11). He was chosen by God to prepare the world for the coming of Jesus, a mission that was announced in the Old Testament (Isa. 40:3; Mal 3:1). He was the greatest…but Jesus relativised this, by saying that the least in heaven was greater than John (Mt 11:11). That is because people in heaven have arrived at their final destination, where they are gathered around God and spend their time with him forever. John had not yet arrived at that destination and his ambition was to get there! He is so great and important for our destiny as Christians that we celebrate both his birth and his death.

Ambition is a strong desire and determination to achieve something. As long as it is not directed only to your own advancement in life, ambition can be very good and very different from careerism. John the Baptist was very ambitious. He had a strong determination in his preaching and building up of his small community of followers. He was ambitious in his plan to bring them together, to baptise them, to instruct them. At the same time, he was very humble in his willingness to give it all up for Jesus. He had put a lot of effort into building up his community. Still, he did not wish to claim ownership and keep the result for himself as we often do with our projects. As soon as Jesus passed by, he told his disciples to follow him. He did not want to keep anything for himself and gave it all to Jesus.

It’s Not About You

John shows how you too can be ambitious in a good way. He was very well aware that his task was not to be important himself, but to prepare the heart of people to recognise Jesus. That was his only ambition. Without a hint of careerism, he said that he was not even worthy to do the work of a simple slave for Jesus, for example by undoing his shoe-laces (Mk 1:7). As long as your ultimate desire is to follow Jesus, your ambition can do a lot of good! But be aware that whatever you manage to build up or achieve is not yours, but belongs to God. If you have such an ambition, you can give it all up when asked, and say about Jesus, just as John the Baptist did: ‘He must become greater, but I must become less’ (Jn 3:30). What is your greatest ambition?

‘John the Baptist…had the profound humility to hold up Jesus as the One sent by God, drawing back so that he might take the lead, and be heard and followed… Precisely for love of the truth he did not stoop to compromises and did not fear to address strong words to anyone who had strayed from God’s path… He understands that the only steadfast reference point is God himself. John the Baptist, however, is not only a man of prayer, in permanent contact with God, but also a guide in this relationship… Prayer is not time wasted, it does not take away time from our activities, even apostolic activities, but exactly the opposite is true: only if we are able to have a faithful, constant and trusting life of prayer will God himself give us the ability and strength to live happily and serenely, to surmount difficulties and to witness courageously to him.’ [Pope Benedict XVI, General Audience, 29 August 2012]

Find more helpful advice from the lives of the saints by ordering your copy of Online With Saints today.