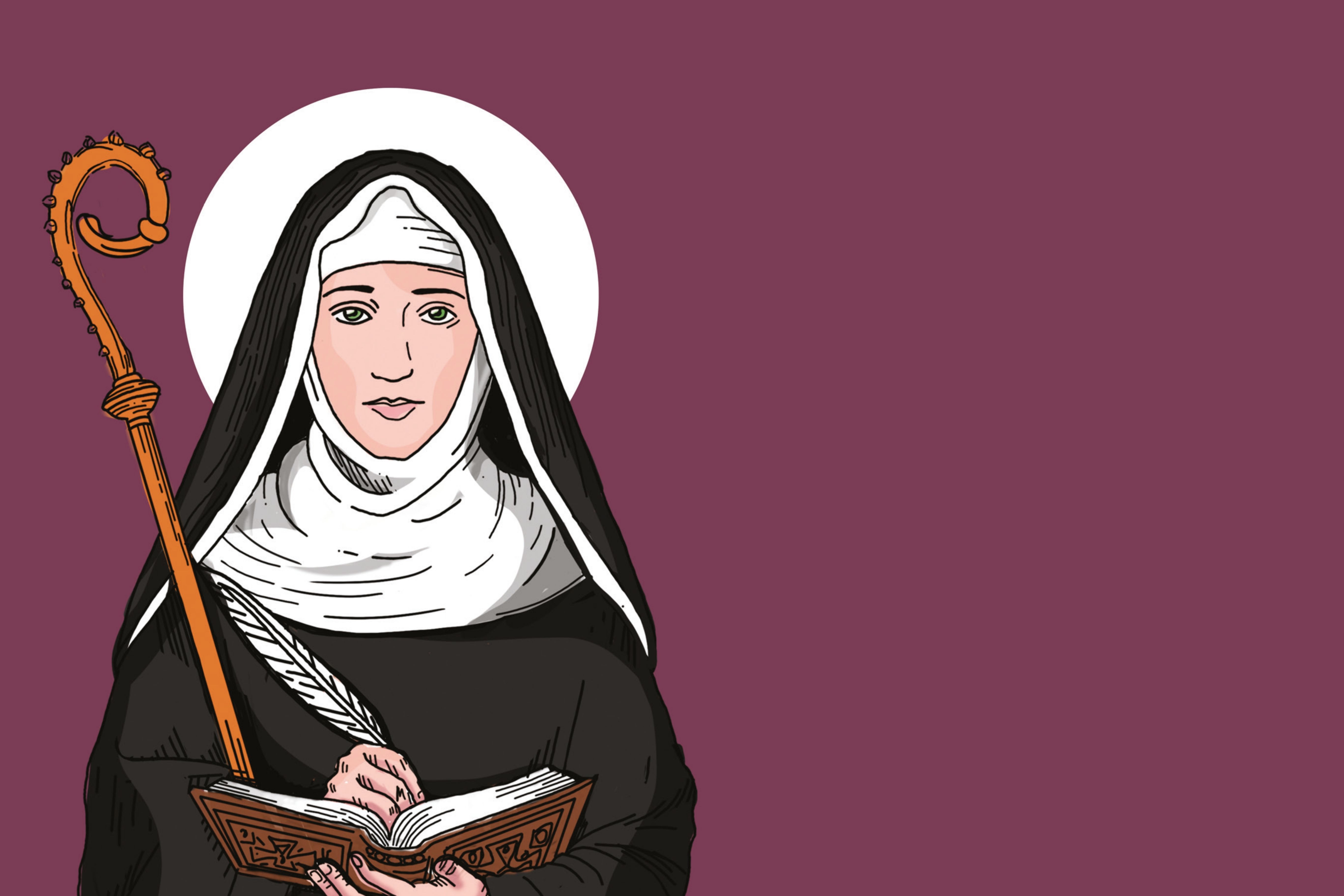 The following is an extract from Online With Saints.

Q: IS THE CHURCH AGAINST FEMINISM? WHAT ABOUT “GENDER THEORY”? 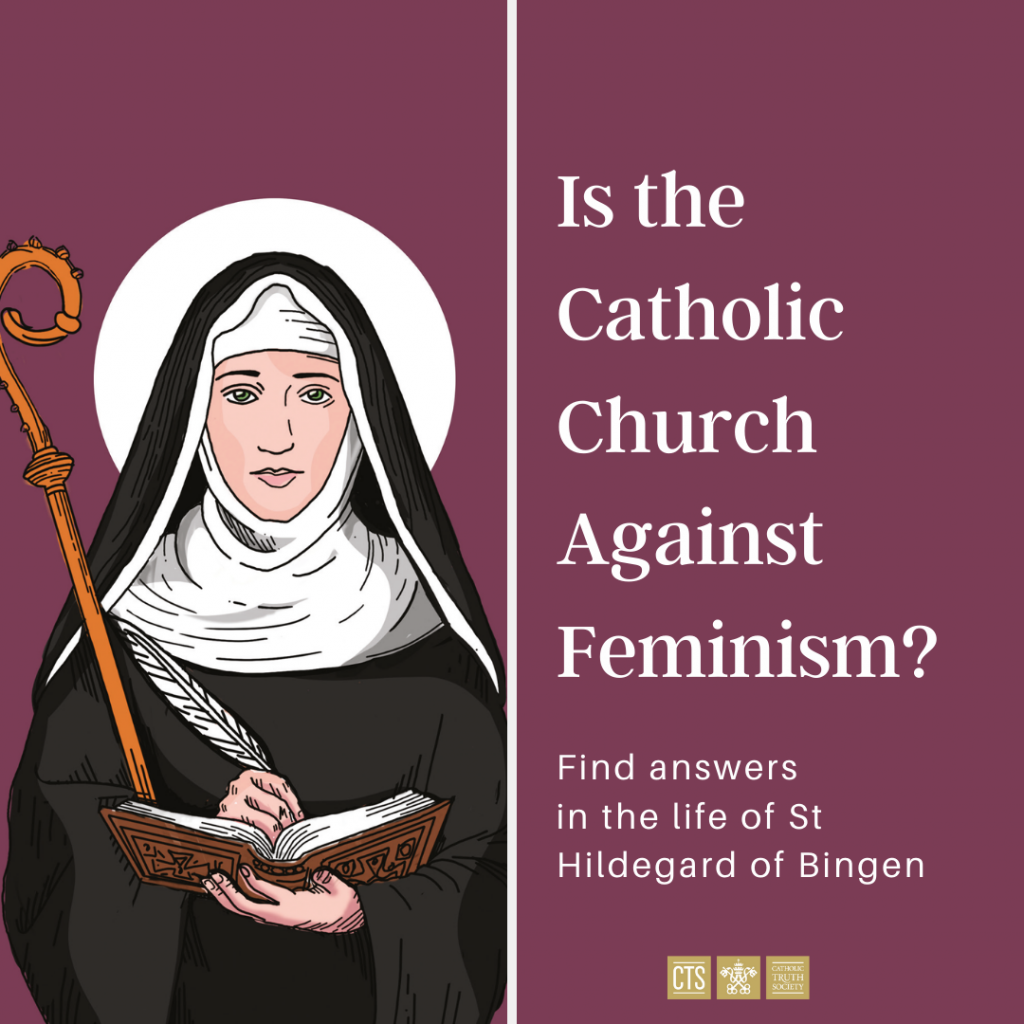 Generally, feminism advocates women’s rights on the basis of the equality of the sexes, while recognising that man and woman are not exactly the same. The Church can only be in favour of such striving for equal rights. Things become more difficult when feminism is connected to other themes like gender theory (see below), same-sex relations, or claiming a “right” to specific vocations. Hildegard took on many tasks that were considered “male” in her time, and she did not hesitate to confront world leaders, including Emperor Barbarossa, about their rule and political choices. She upheld the view that both men and women are created in the image of God, and that the sexes are complementary. Both men and women have something different to contribute. In Hildegard’s time, God was often depicted with almost exclusively male traits. Her theology helped to get a more just view of God, who in his being encompasses both female and male qualities.

In general, gender theories maintain that female or male identity is not the result of being born as a girl or a boy, but of the social and cultural context in which a child grows up. One of the consequences is that one would be free to discover one’s own sex. Hildegard, with her view of the complementarity of the sexes, would strongly oppose such gender theories. Nature itself contradicts this view: people are born in a male or female body. Our body is part of our identity as created by God. It is true that a small percentage of all women and men struggle with the gender in which they were born, and these people deserve understanding and help. But it would be wrong to confuse the many children that do not have this problem.

Discrimination against transgender people is very wrong, and these people should be helped and accompanied, also by the Church. At the same time, the result of gender discussions can easily lead to discrimination in the other direction. Freedom of religion is a fundamental freedom, and should apply to everyone. The Catholic view that gender is given at birth, and that God created our bodies with our entire being, does not intend to discriminate against anyone. Rather, it upholds the truth God wants to share with us. Catholics upholding this truth should be free to do so, and not be discriminated against. How can you contribute?

‘The human being exists in both the male and female form. Hildegard recognised that a relationship of reciprocity and a substantial equality between man and woman is rooted in this ontological structure of the human condition… In Hildegard are expressed the most noble values of womanhood: hence the presence of women in the Church and in society is also illumined by her presence, both from the perspective of scientific research and that of pastoral activity. Her ability to speak to those who were far from the faith and from the Church make Hildegard a credible witness of the new evangelisation.’

Both women and men have equal rights; their complementarity should be recognised. ‘Gender theories’ can lead to confusion and must be approached carefully.

O God, Hildegard was a woman after your own heart. Help me to fight any form of discrimination, while upholding the truth about you. Saint Hildegard of Bingen, pray for us! 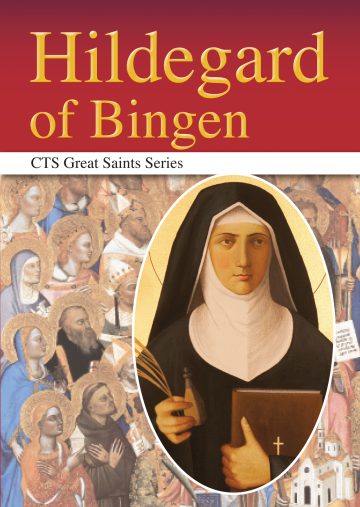