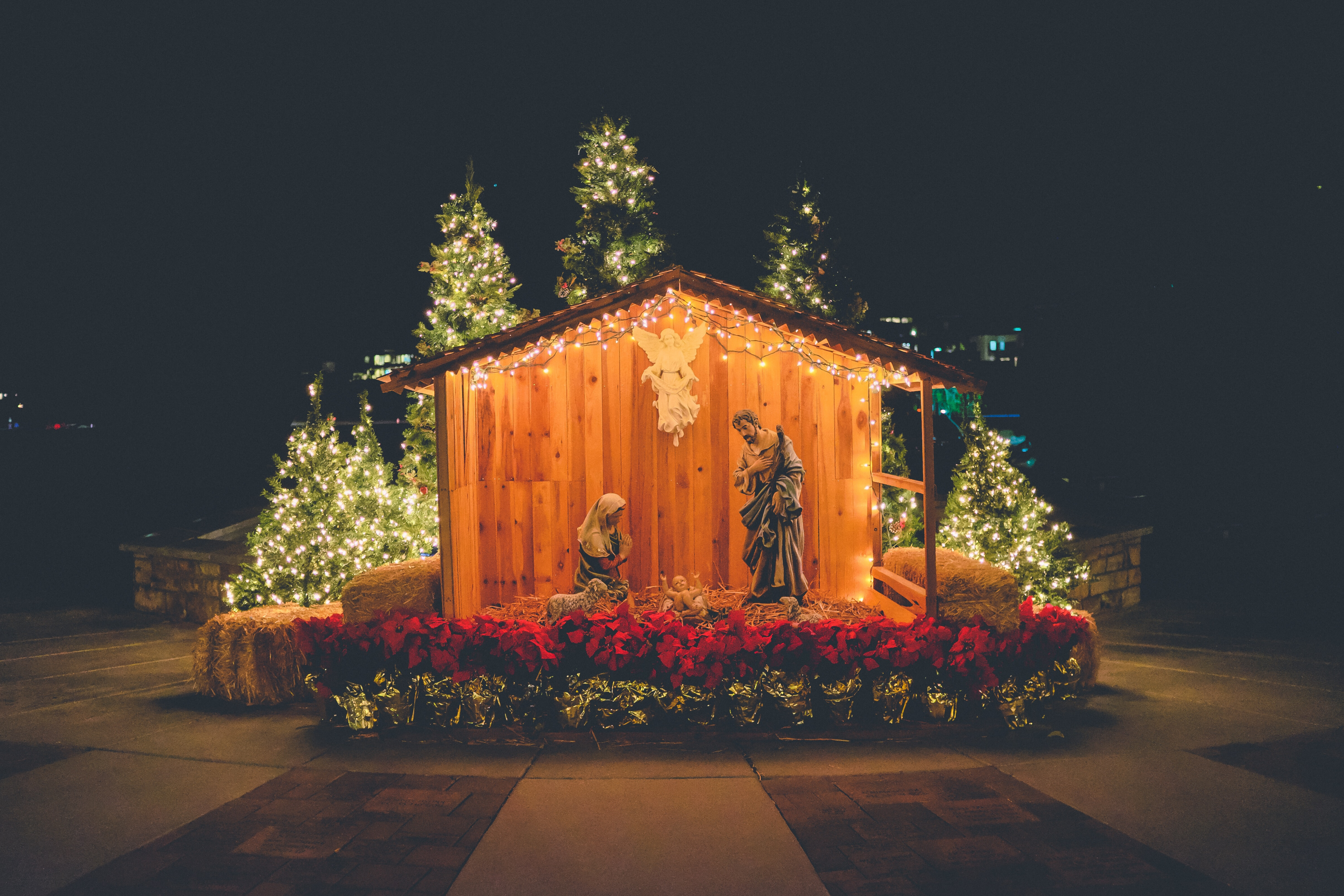 “But I am sure I have always thought of Christmas time, when it has come round… as a good time; a kind, forgiving, charitable, pleasant time; the only time I know of, in the long calendar of the year, when men and women seem by one consent to open their shut-up hearts freely, and to think of people below them as if they really were fellow-passengers to the grave, and not another race of creatures bound on other journeys.”

What does Advent mean to you? For a lot of people, Advent is a time for preparation. So far so good! But preparation for what exactly? That depends entirely on what you think of Christmas. Is Christmas the day for the fat man in the red suit and white beard who comes bearing multitudes of gifts? Or is it for the King born in a manger, who brought with Him gifts of an entirely different sort?

We live in a culture of instant gratification. We avoid queues at any cost; food that isn’t fast isn’t worth waiting for; the latest gadget must be bought the day it comes out; and your favourite TV show is best binge-watched. It’s fair to say that for most of us, waiting is seen as a waste of our time and energy.

Yet waiting is exactly what we’re asked to do during the four weeks of Advent, and the thing about waiting is that what we do while we wait is just as important as what it is we’re waiting for. So what are we doing to prepare for Christmas? We might be caught up in preparing the food, preparing our homes for Christmas guests, finishing the Christmas shopping, wrapping the many presents we’ve bought…

But Advent isn’t a time for feeling “Christmassy”. It’s not about waiting for the Coca Cola advert to tell us that “holidays are coming” so we can start listening to Christmas music and put up our decorations. Yes, Advent is a time of anticipation for Christmas, but not for sleigh bells, snow and presents – it’s anticipation for the birth of the King.

The joy of the Incarnation vs a universal birthday

To prepare properly during Advent, we need to remember what we’re celebrating at Christmas. It’s a mystery completely unique to Christianity: the Incarnation of God. Unlike other religions, we believe in a God who humbled Himself to become like His creation. As St Paul tells us:

Christ Jesus, who, though he was in the form of God,
did not regard equality with God
as something to be exploited, but emptied himself,
taking the form of a slave,
being born in human likeness.And being found in human form,    he humbled himself
and became obedient to the point of death—
even death on a cross.

The reality of Christmas is far more amazing than the secular notion of Christmas as a sort of “universal birthday”. In fact, the powerful testament of a God born in a manger draws such interest that His story is still being told and sung about over two thousand years later. You don’t have to be Christian to sing songs about Jesus’ birth, and you don’t have to regularly practise any sort of religion to want to go to church on Christmas Day. Even the concept of Santa – that you are rewarded for being good – isn’t miles away from Christianity, despite the materialistic form it has taken. In fact, Christmas is the one time of year when it’s popular to think of others.

How will He find us when He arrives?

So if Advent is a build-up to a celebration of this incredible event, preparing for it should be less about preparing presents and more about preparing our hearts. What are we doing to be ready for the arrival of our King? Will He find us asleep (cf. Matthew 25:1-13) or will he find our hearts open, waiting for Him? While Lent is traditionally associated with fasting, Advent too is a good time for performing penance and atoning for our sins. It’s also an excellent time to get to Confession, especially if we haven’t been in a while. We can also prepare ourselves by praying more fervently. Finally, we should always remember the joy of what it is to come and look towards it with great happiness and anticipation.

The world had so many expectations from the Messiah, and two thousand years later we are still piling up these expectations. But what about what He can expect from us? We ask so much of Him, but what can we give Him in return? What we can give Him – what He wants most – is ourselves. Our hearts, holy and full of love for Him, are the best gift we could ever give Him.

Poor as I am?
If I were a shepherd
I would bring a lamb;
If I were a wise man
I would do my part;
Yet what I can, I give Him –
Give my heart”

– In the Bleak Midwinter, Christina Rossetti

View basket “Praying the Great O Antiphons” has been added to your cart.