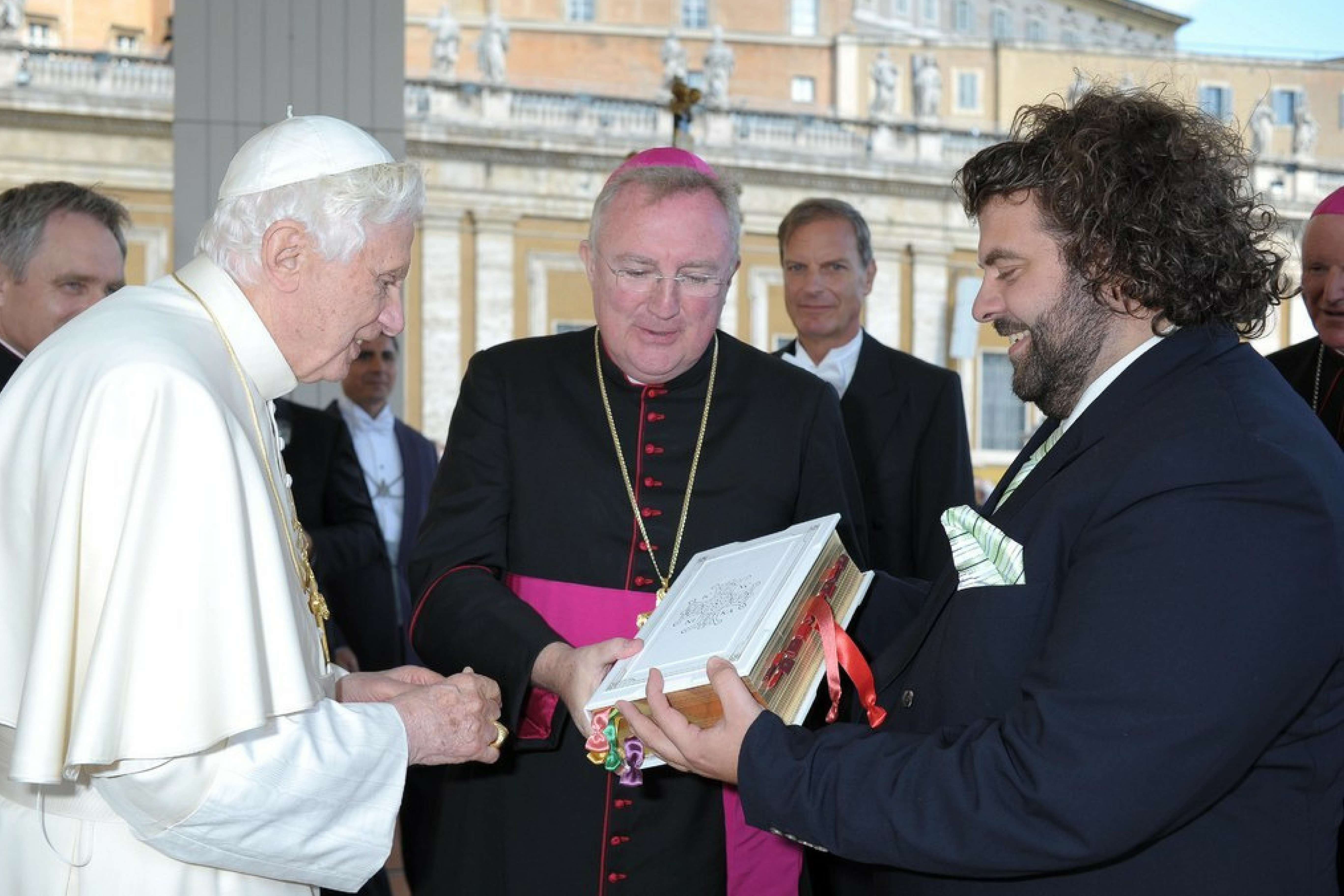 During the Holy Father’s Wednesday weekly audience, he was presented with a special unique white edition of the Altar Missal published by CTS.

It was a joyful occasion – as you can tell from the photos below – as the work of bishops, experts and the CTS all came together at the service of the Pope and the Church as a whole.

“It has certainly been the highlight of my working life. I felt a deep sense of communion and collaboration with the Holy Father.

The Pope leads the way and sets out his vision for the Church, but it is up to people like us, on the ground, to make that vision a reality in the everyday life of the Faithful. When the Holy Father commented how important beauty was in liturgical books, I felt that all the efforts we had gone to, to make our edition of the Missal as beautiful as possible were fully justified, we had been ‘thinking with the Church’.

For an organization like the CTS and for me personally as a Catholic, it doesn’t get any better than that.”

Bishop Arthur Roche of Leeds, Chairman of ICEL, who you can see in the pictures, also commented that with the 50th anniversary of Vatican II coming up, this is a hugely important time for the Church.

“The publication of the Missal is a significant landmark in the life of the English-speaking world. The CTS have produced a magnificent book for use in Australia, England & Wales and Scotland which the Holy Father described as beautiful. It was clear from my conversation with Pope Benedict that all who have had the privilege of sharing in its production also share with him the hope that this new translation will open up the precious liturgical treasury of the Church to the people of our time.

As we mark the 50th anniversary of the Second Vatican Council in 2012, at which a significant renewal of the liturgy was called for, the new translation will help us deepen our knowledge and our faith in the Eucharist and renew its celebration. I am grateful to the Catholic Truth Society for producing a Missal of such high quality which will soon grace our altars.”

Mr Finaldi told how he was presented to the Pope alongside Archbishop Hart of Melbourne and Monsignor Bruce Harbert, executive secretary of ICEL at the time when much of the translation work was done.

“As the Holy Father looked through the Missal he paused at the illustrated page of the Roman Canon and commented that ‘Beauty is most important in Liturgical books.’

We also met Cardinal Francis Arinze on the way in to the audience and on being told the Missal had been published he commented: ‘The baby has been born!’ 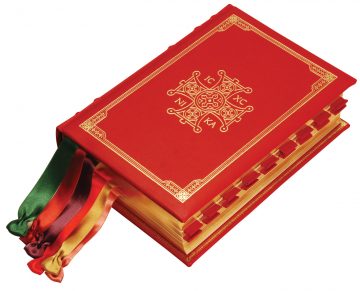