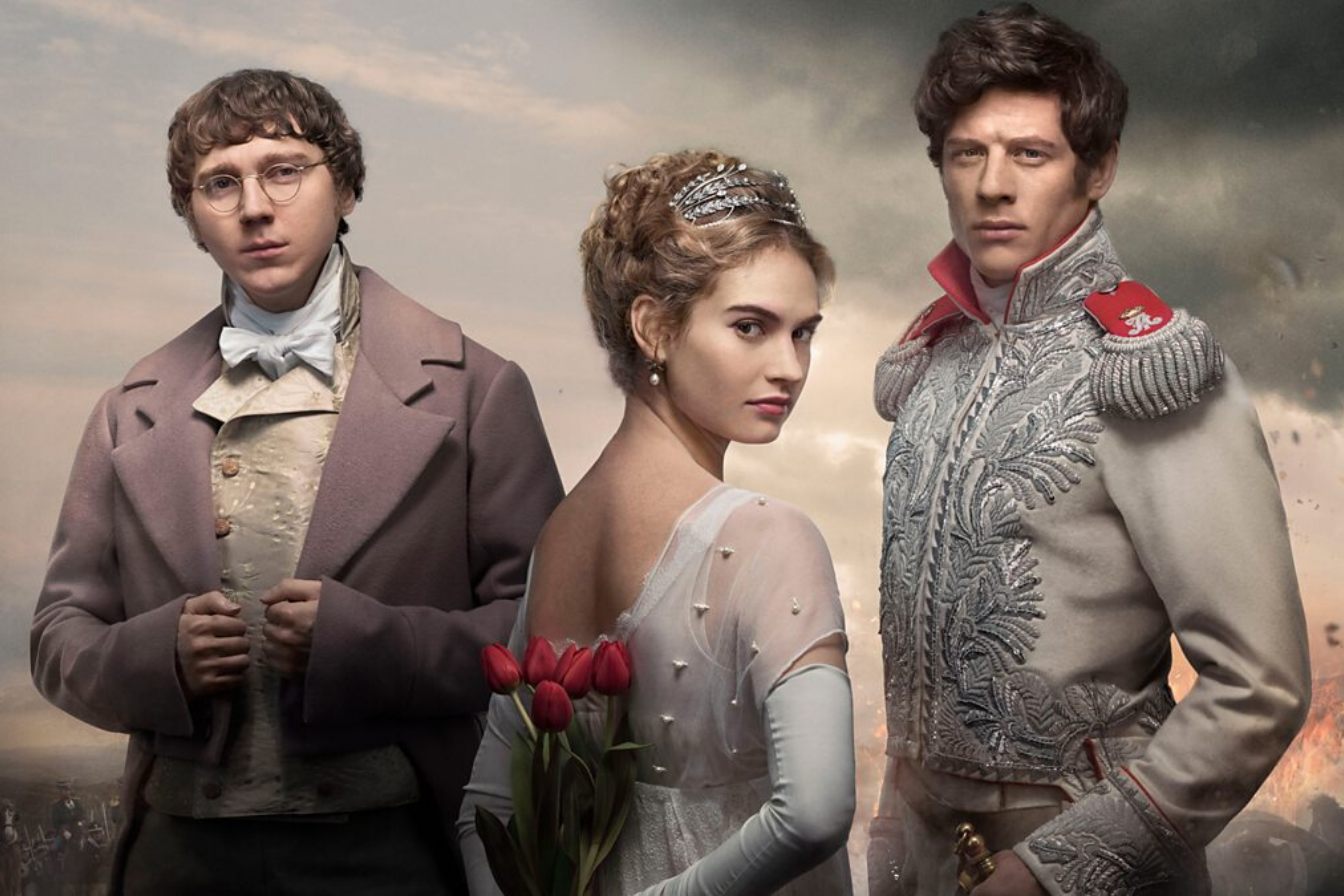 Tolstoi’s War and Peace (1869) is a novel about love, war, human nature and the progress of history itself.

For those who haven’t read this huge novel, the BBC dramatisation, with its stellar cast and sumptuous costumes, will have brought the nineteenth century into our living rooms.

But how many of us consider some of the more serious themes in it?

An important theme is Russia’s relationship with Europe and the strengthening of Russian national identity around the time of the Napoleonic Wars. Another theme is the plight of women in the nineteenth century. We see how Lise, Andrei’s wife, is left behind while he goes off to war.

Russian Orthodox heritage and the Jesuits

The BBC dramatisation highlighted the Orthodox heritage of Russia – including scenes from Pierre and Helen’s wedding, and other scenes with the pious Maria praying before icons.

The soundtrack features the singing of Orthodox choirs. But viewers may not realise that Tolstoi was also making a jibe at Catholicism.

Hélène, played by Tuppence Middleton, with her brother Anatole Kuragin, helps represent Francophile Petersburg society at the turn of century and, with it, the type of social and sexual mores that Tolstoi’s later work, such as The Kreutzer Sonata (1890), lambasted.

In War and Peace, Hélène wants to marry one of her lovers. The lover decides to ask the Jesuits about the legal situation of the potential marriage and introduces Hélène to one of them. She decides to convert to Catholicism, Tolstoi paints a picture of the Jesuit as beguiling and highly persuasive.

Her conversion story mirrors the commonly-held view of the Jesuits as Machiavellian schemers. The Jesuits expect, as the narrator explains, that Hélène will give them money.

Secondly, Hélène expects that she will be permitted to receive a divorce in return for this money. Both are acting from distinctly unholy motives, both are tainted with immorality.

The trope of Russia being ‘invaded’ by France is repeated in these scenes.

It is strengthened further by the threat that Russia could be not simply invaded but ‘converted’ to European ways.

Tolstoi is echoing the historical fact of conversions of prominent Russians to Catholicism at the beginning of the century, influenced by the Jesuits who ran schools in Russia.

Some Russians even joined the Society of Jesus, who were banned from Russia by the 1860s. They continued to polemicize and publish from there, much to the consternation of many Russian thinkers.

Woman and Catholicism in Tolstoi’s view

Hélène is dependent on men and uses sexual relationships with them to gain power. This is demonstrated in the BBC series when we see Pierre’s reaction to her, both when he first meets her and later, when they are married.

Women, like Jesuits, can also bend a man’s will, as Hélène does with Pierre. Hélène is described in ways that suggest that she is as guileful as the Jesuit, is a temptress.

One of the main purposes of this Jesuit episode in War and Peace is not only to attack the Jesuits or even Catholicism as such but to use their association with Hélène, the female villain of the novel, to attack her and her immorality.

In the 1860s Russia was still trying to answer the question of its relationship with Europe, and Europe could still threaten Russia, even through its ideas. However, Russia also had its own problems, the need for reform and renewal.

It is not always clear who is to blame, the Jesuit for tempting or Hélène for agreeing.

The same can be said for Russia and the path it takes.

Read and download the whole article: “The Image of the Jesuit in Russian Literary Culture of the Nineteenth Century” by Elizabeth Harrison