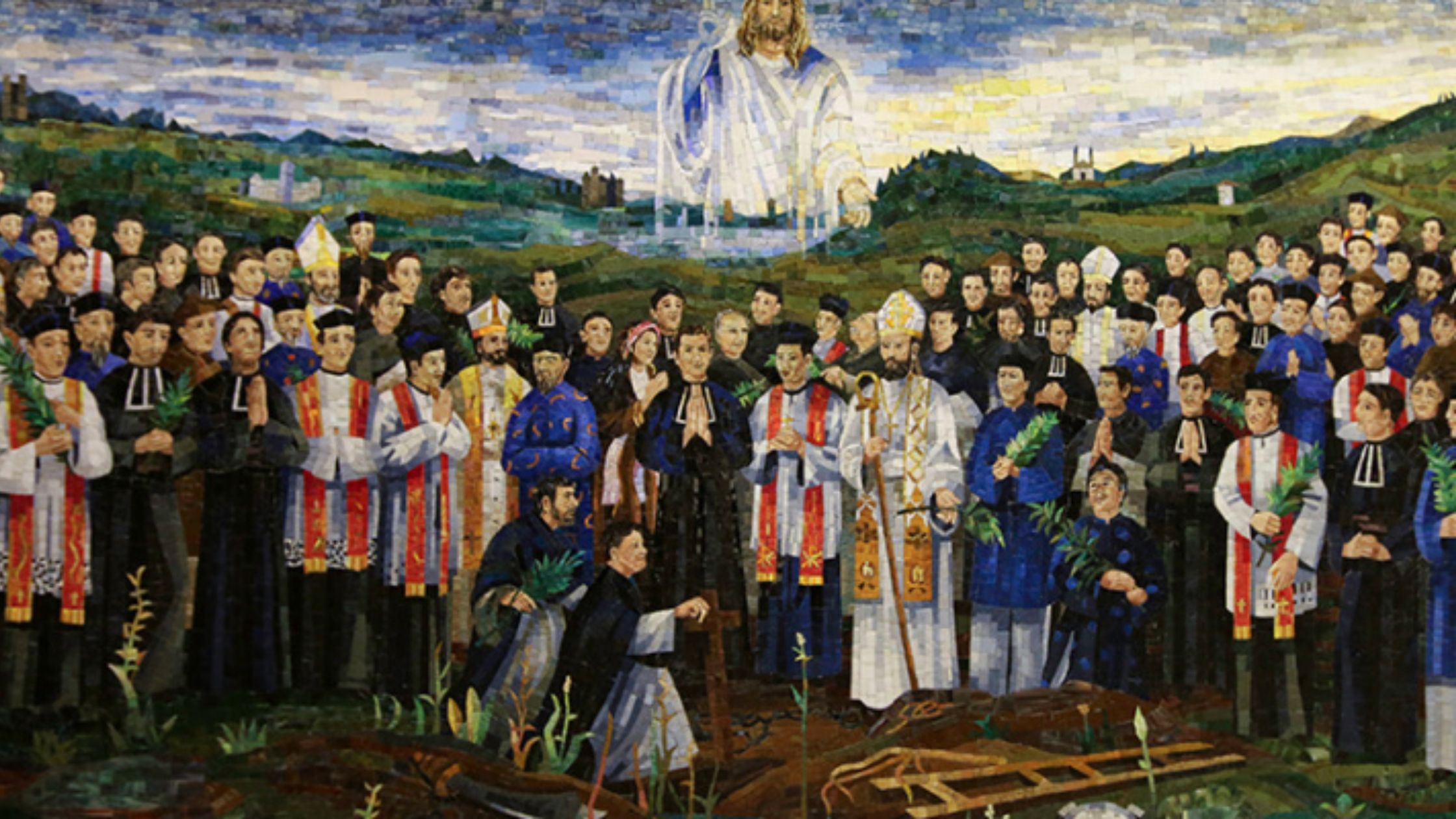 In the midst of these torments, which usually terrify others, I am, by the grace of God, full of joy and gladness, because I am not alone – Christ is with me. Our Master bears the whole weight of the cross, leaving me only the tiniest, last bit. He is not a mere onlooker in my struggle, but a contestant and the victor and champion in the whole battle. Therefore upon his head is placed the crown of victory, and his members also share in his glory.

Who were the Vietnamese Martyrs?

Today’s saints are written by Fr Nicholas Schofield in Saints of the Roman Calendar.

The feast celebrates the witness of 117 Vietnamese martyrs, who died between 1625 and 1886 and were canonised in 1988. They include St Andrew Dũng-Lạc (1795-1839), a Vietnamese diocesan priest who was beheaded at Hanoi in 1839. Twenty-one of the martyrs were foreign missionaries, such as St Théophane Vénard, a member of the Paris Society of the Foreign Missions, who was beheaded in 1861 and exercised a strong influence on St Thérèse of Lisieux.

O God, source and origin of all fatherhood, who kept the Martyrs Saint Andrew Dũng-Lạc and his companions faithful to the Cross of your Son, even to the shedding of their blood, grant, through their intercession, that, spreading your love among our brothers and sisters, we may be your children both in name and in truth. Through our Lord Jesus Christ, your Son, who lives and reigns with you in the unity of the Holy Spirit, one God, for ever and ever.

Reflection on the Vietnamese Martyrs

Today’s feast celebrates the 117 Catholics martyred in Vietnam between 1625 and 1886, but Christian persecution in Vietnam has been so long and severe that there have been perhaps hundreds of thousands martyred for their faith. Such widespread persecution reminds us that those who converted and practiced the Catholic faith did so with full knowledge of the dangers they faced. That they chose to follow Jesus anyway reveals a depth of faith that many of us can barely conceive of. Catholics in the West do not risk their lives by following Christ, but nonetheless, our faith is controversial and our perceived values and beliefs are often despised. Let us pray to the Vietnamese Martyrs and be inspired by their witness to embrace the smaller risks we take by living our faith, knowing that the reward for choosing Jesus will be far greater than any persecution we could ever experience in this life.