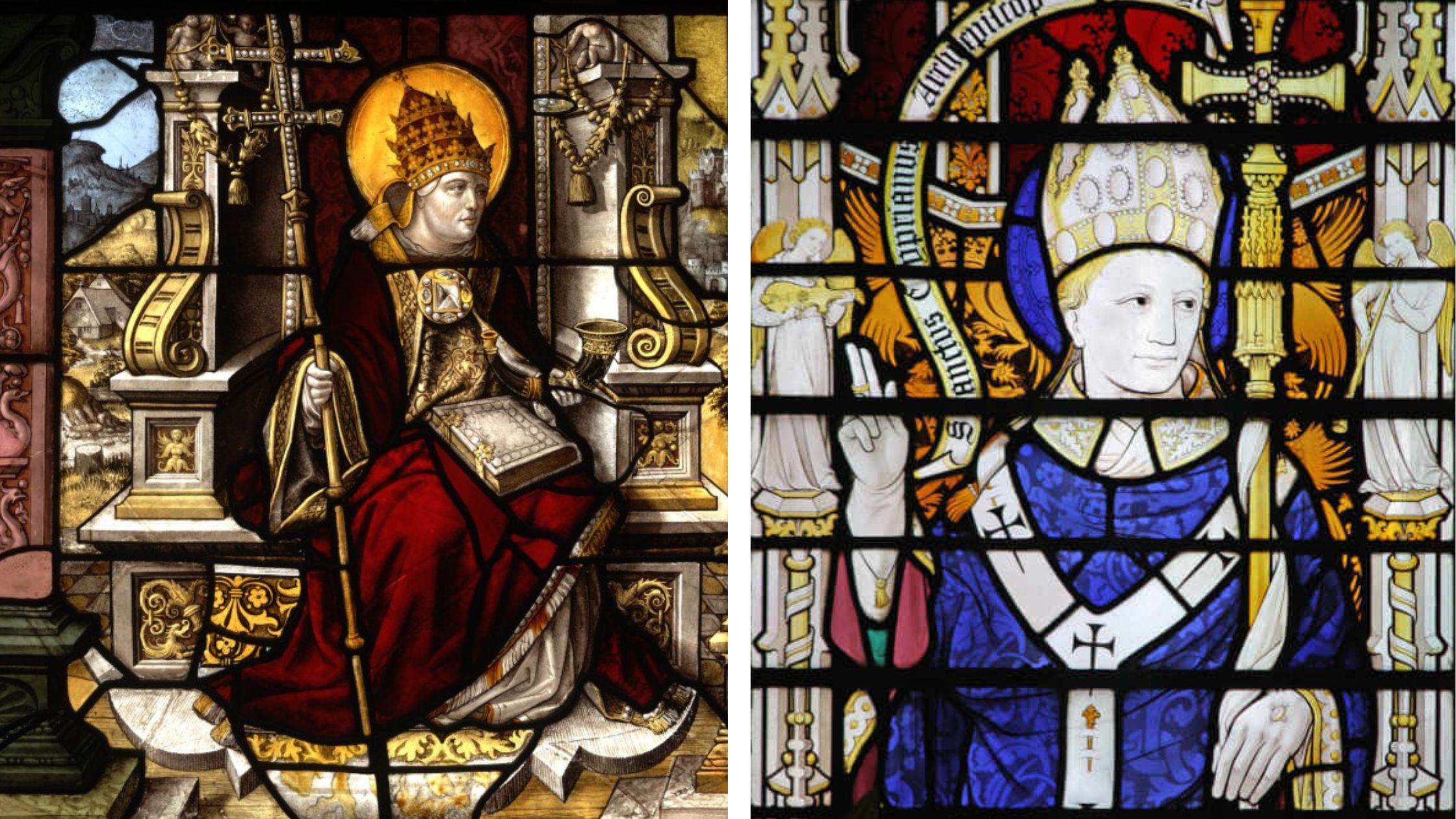 God’s merciful design has warned us that the day of our own struggle, our own contest, is at hand. By that shared love which binds us close together, we are doing all we can to exhort our congregation, to give ourselves unceasingly to fastings, vigils and prayers in common. These are the heavenly weapons which give us the strength to stand firm and endure; they are the spiritual defences, the God-given armaments that protect us.

– A letter of St Cyprian

Today’s saints are written by Julien Chilcott-Monk in Saints of the Roman Canon.

Cornelius, of a distinguished Roman family (the gens Cornelia), was pope between 251 and 253. After his election, the priest Novatian (antipope 251-258) contrived to have himself consecrated bishop in order to oppose Cornelius. Cornelius was supported by Cyprian, Bishop of Carthage (whose feast is celebrated jointly with Cornelius), and Dionysius of Alexandria, and armed with this support, convened a synod in Italy of some sixty bishops for the purpose of confirming his legitimacy. He received the endorsement he required: Novatian and his followers were excommunicated.

One of the bones of contention was whether full communion should be restored to those who had apostasised during the persecutions of the emperor Decius (249-251). Novatian argued that none should be readmitted to the fold, but Cornelius, Cyprian and the supporting bishops took a more moderate view. Important correspondence between Cornelius and Cyprian, on this matter and others, is extant.

At the end of the reign of the emperor Trebonianus Gallus (251-253), a fresh wave of persecution of Christians began. Pope Cornelius was condemned and exiled to Civita Vecchia where he suffered many privations. Cyprian supported him in prayer and correspondence. It is probable that Cornelius died in exile as a result of those privations, although a later tradition speaks of his subsequent trial, imprisonment and beheading. In either case, he would be reckoned a martyr and Cyprian often spoke of him as such.

Let us reflect on our constancy under pressure and threat.

Pray for senior clergy and bishops who are challenged by those who advocate unorthodox ways.

St Cornelius, pray for us.

Cyprian is believed to have been born in about 200, in Carthage, during a time when the Church was growing fast. After a successful and notable career in public service, in oratory, and in advocacy, Cyprian was converted largely by what he discerned in an elderly priest, one Caecilius. Following his baptism – when over the age of forty – he was ordained priest and soon afterwards elected bishop, an honour he tried to resist. He became Bishop of Carthage in 248. His deacon, Pontus, records that, as bishop, Cyprian was highly thought of and much respected for his humility, skill and gentleness.

Under the emperor Decius (249-251), all Christians in Carthage and elsewhere were ordered to offer sacrifice to the pagan gods. This, of course, was a recurring theme as emperor succeeded emperor. Many Christians, faced with dire threats of what would befall anyone failing to comply, apostasised. Cyprian, now in hiding, administered his diocese through correspondence.

In the dispute which raged in Rome on the matter of the readmission of apostates, Cyprian supported Pope St Cornelius (see above) as he himself leniently readmitted such people after prescribing a short time of penance.

In an edict promulgated in 257, the emperor Valerian demanded specifically that Christian clergy sacrifice to the pagan gods. Cyprian was, at first, exiled for his refusal to comply and then rearrested and returned to Carthage. There he seems to have been retried and sentenced to death. In all probability he was stabbed in the neck or beheaded.

Cyprian, a Father of the Church, has left us a large body of important theological writing.

In his treatise on the approach of death and martyrdom, Cyprian writes: “…laying aside our fear of death, think only on the following immortality. In this way, let us show that we are what we believe…let us be happy in the day…that frees us from the snares of the world, and restores us to the kingdom of heaven.” “Martyrdom is a baptism…which, as we leave the world, immediately binds us to God.”

Pray for prelates who maintain their faith and uphold their duties to their flocks despite threats of violence and sanctions.

St Cyprian, pray for us.

O God, who gave Saints Cornelius and Cyprian to your people
as diligent shepherds and valiant Martyrs,
grant that through their intercession
we may be strengthened in faith and constancy
and spend ourselves without reserve
for the unity of the Church.
Through our Lord Jesus Christ, your Son,
who lives and reigns with you in the unity of the Holy Spirit,
one God, for ever and ever.