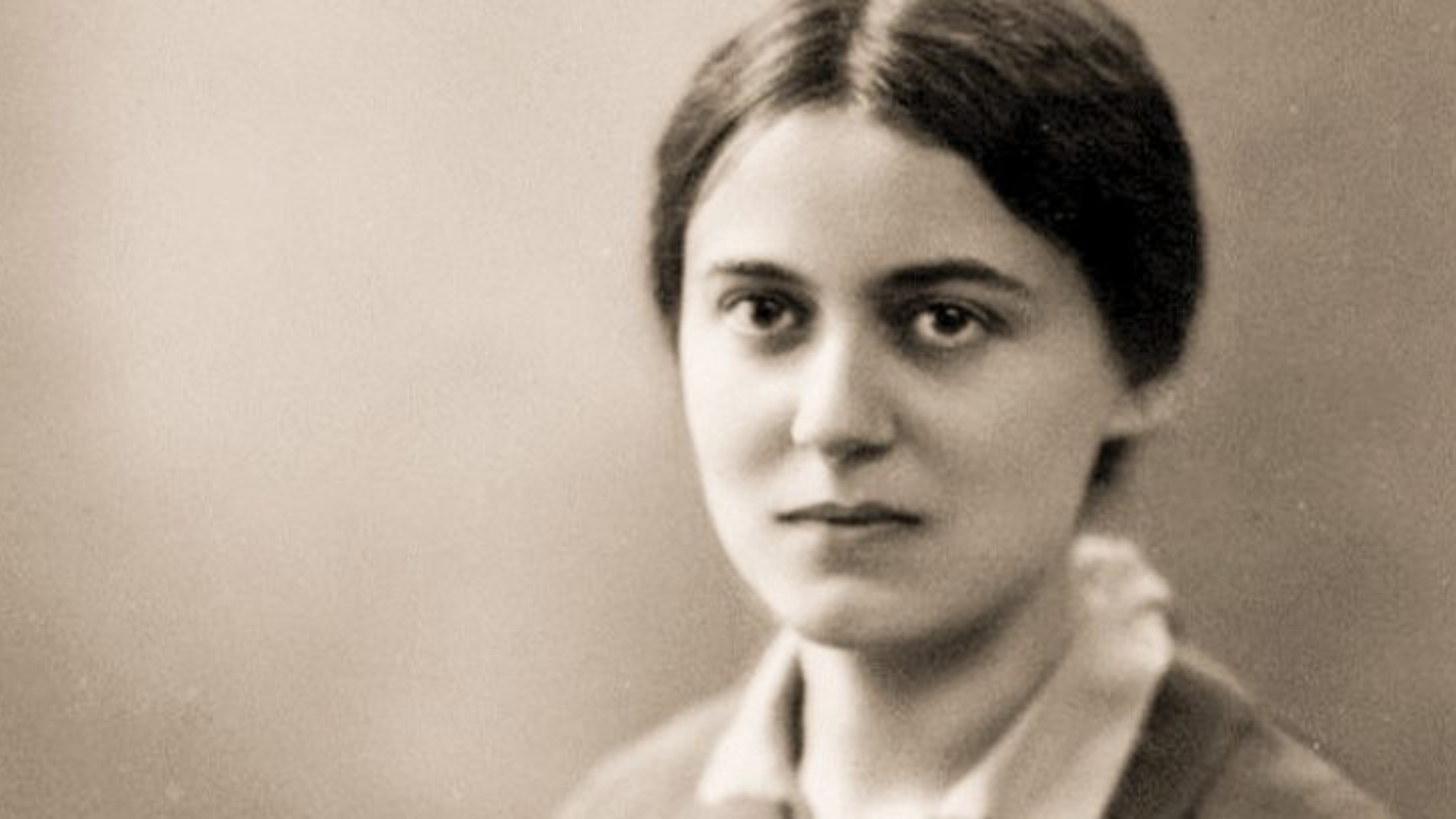 – St Teresa Benedicta of the Cross

Virgin and Martyr, Patron of Europe

Today’s biography and reflection is written by Rev Nick Donnelly in Finding God in Doubt and Disbelief.

St Teresa Benedicta of the Cross was the professed name of Edith Stein, who was martyred, alongside her sister Rosa, at Auschwitz-Birkenau Extermination Camp in 1942. Edith Stein was a Jewish philosopher who converted to Christianity at the age of thirty-one and became a Carmelite nun twelve years later. As a young professional woman she was involved in the struggle for women’s rights. Pope St John Paul II declared her one of the patron saints of Europe in 1999, describing her as representing those who suffer the “anguish of the search and the struggle of an existential ‘pilgrimage’. Even after she found the truth in the peace of the contemplative life, she was to live to the full the mystery of the cross” (Spes Aedificandi – Proclamation of the Co-Patronesses of Europe)

Edith Stein left an account of her search and struggles to find the truth in her autobiography, Life of a Jewish Family. She recounts growing up in a family that was not strictly observant but more culturally religious. While staying with her older sister and brother-in-law as a teenager, Edith made the conscious decision to renounce her faith in God, writing, “It was there that I consciously decided, of my own volition, to give up praying”. Edith explains the reason for her renouncement of God as being the influence of her sister and her brother-in-law who were “confirmed atheists” with “no trace of religion at their house” and their library of books that was “by no means suitable reading for a fifteen-year-old girl”.

In her autobiography, Edith Stein refers to the “towers of rationalistic prejudice” in which she grew up as blocking her from the world of faith. But in rejecting God she did not find the certainty and peace she assumed she would. “When I look back at those times, I always see, lurking in the background, my desperate state of mind, that incredible confusion and darkness… The state of my soul before my conversion was the sin of radical unbelief.”

Reflecting on belief and unbelief in the world today, Pope Benedict XVI observes that the nonbeliever is not free from doubt and uncertainty. As Edith Stein
testifies, her rejection of God and faith did not lead her to a world of clarity and light. The nonbeliever is threatened by the possibility that perhaps belief is true after all:

Anyone who makes up his mind to evade the uncertainty of belief will have to experience the uncertainty of unbelief, which can never finally eliminate for certain the possibility that belief may after all be the truth. It is not until belief is rejected that its unrejectability becomes evident (Joseph Cardinal Ratzinger, Introduction to Christianity, p.45).

The unexpected gift of faith

It was Edith Stein’s encounter with Catholics who displayed a vibrant, joyful and thoughtful Christian faith that encouraged her to question and gradually abandon her “towers of rationalistic prejudice”. In particular, the seeds of her conversion were sown by the Catholic philosopher Max Scheler (1874-1928), one of the most prominent German intellectuals of his day. Edith Stein gave this account of his influence on her:

Max Scheler overflowed with Catholic ideas and knew how to win over followers by his sheer brilliance of spirit and power of expression. This was my first contact with a world that had been closed to me until then. Though it did not yet bring me to faith, it set the parameters of a “phenomenon” that I could not blindly pass by. To good purpose was it drummed into our heads that we should approach all things without prejudice or any suspicion of “fear”. One by one, the towers of rationalistic prejudice in which I had grown up crumbled even without my knowing it, and suddenly the world of faith lay open before me. After all, people whom I saw every day, people whom I regarded with admiration, actually lived by this faith… I learned to respect the questions of faith and people who believed (Life of a Jewish Family, pp. 333-4; 409).

One of the things I have learnt during my years of struggling with doubt and faith is to question the influence of atheist secularist society on my thoughts and feelings. Though unlike Edith Stein I have never rejected God, I am aware of the shadows cast across my mind and heart by these “towers of rationalistic prejudice”. I’m not unaffected by the relentless mockery and dismissal of faith by secular society. Without even knowing it, it’s easy to be taken in by the confident superiority of secularists, until one realises the uncertainty of disbelief and the strong case for the existence of God and the rationality of faith.

But more than this, faith is a supernatural gift from God, while atheistic secularism is merely the product of men’s minds and prejudices. In a poem composed after her conversion and reception into the Church, Edith Stein describes faith as the unexpected gift of a clear star rising out of the darkness of life’s suffering, leading her to the Catholic Church and baptism:

My Lord, God,
You have led me by a long, dark path,
Rocky and hard.
Often my strength threatened to fail me.
I almost lost all hope of seeing the light.
But when my heart grew numb with deepest grief,
A clear star rose for me.
Steadfast it guided me – I followed,
At first reluctant, but more confidently later.
At last I stood at Church’s gate.
It opened. I sought admission.
From your priest’s mouth Your blessing greets me.
[…]
The secret which I had to keep in hiding
Deep in my heart, now I can shout it out:
I believe – I profess!
The priest accompanies me to the altar:
I bend my face –
Holy water flows over my head.
(Susanne M Batzdorff, Edith Stein: Selected Writings,
pp. 59-61)