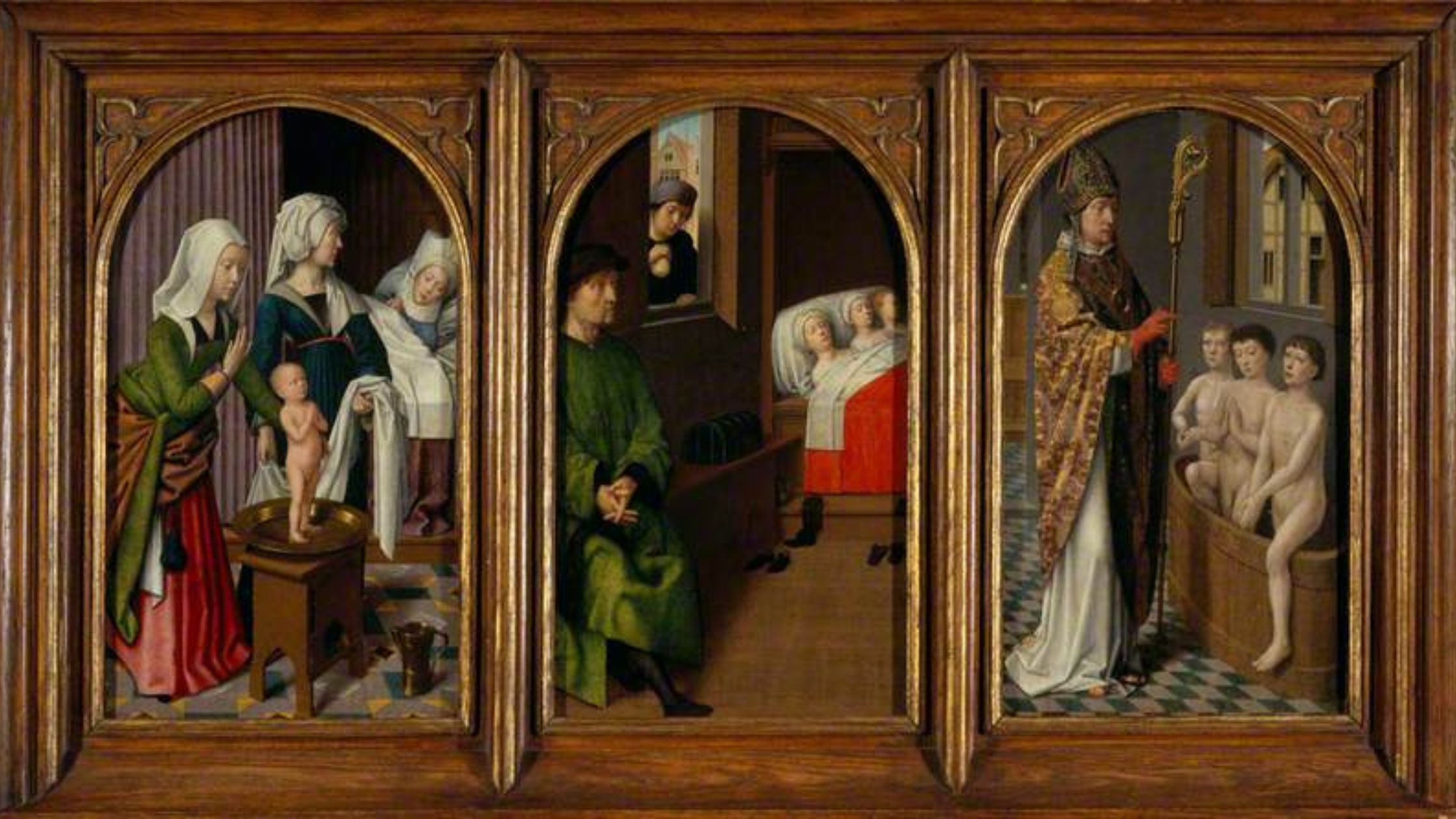 ‘The giver of every good and perfect gift has called upon us to mimic God’s giving, by grace, through faith, and this is not of ourselves.’

Who was St Nicholas?

St Nicholas (fourth century) was born perhaps at Patara (now in Turkey) and became bishop of Myra. He may have been imprisoned under the Emperor Diocletian and have attended the Council of Nicaea which opposed the Arian heresy. He is venerated in both the East and the West, especially as a patron of sailors and of children, as can be seen in the Christmas tradition of ‘Santa Claus’. The saint’s relics were later brought to Bari (Italy).

We humbly implore your mercy, Lord: protect us in all dangers through the prayers of the Bishop Saint Nicholas, that the way of salvation may lie open before us. Through our Lord Jesus Christ, your Son, who lives and reigns with you in the unity of the Holy Spirit, one God, for ever and ever.

How to Celebrate St Nicholas’ Day

St Nicholas’ Day is on December 6th and he has become wholly identified with this season as Santa Claus. Most Catholics probably don’t even know that the ubiquitous Father Christmas/Santa Claus figure has Christian origins! He has also become mixed up with the idea of Old Father Yule and with Jack Frost – the tradition of seeing winter as an old man, (while spring is a young girl, perhaps associated with the pagan goddess Freia).

But St Nicholas really existed – he was a great Bishop of the 4th century, known for his good works, his doctrinal orthodoxy, and his concern for the poor. He was a great defender of the Holy Trinity, and an opponent of the Arian heresy.

Because of his association with the Trinity, stories and legends about him are connected with the figure ‘3’. Thus there is a story of his helping three young women, who were so poor that they had no money for dowries, and were thinking of becoming prostitutes. As Bishop, he was concerned for their welfare, but he did not wish to humiliate them publicly by giving them a donation from the church’s fund for the poor – so he went to their house secretly at night and dropped three bags of money down the chimney. This is the origin of those small mesh bags of chocolate gold coins that we get in Christmas stockings – and also of the three round brass balls that were hung outside a traditional pawnbroker’s shop. St Nicholas is the patron saint of pawnbrokers – and in the city of London you can still see the old pawnbrokers’ signs in a few places – though most are now wine bars!

St Nicholas was Bishop of Myra in modern-day Turkey, and his relics were later taken to Bari in Italy so he is sometimes known as St Nicholas of Bari.

St Nicholas’ Day is much celebrated in Holland and Belgium – our name “Santa Claus” probably comes from the Dutch “Sinter Klaus” – also used in Austria and Germany. He is dressed as a Bishop with mitre and crozier, and has a large book in which children’s good and bad deeds are recorded. He distributes sweets and traditional spicy biscuits, and he visits hospitals and schools and is the focus of various traditional parties with singing and games. Or he may simply leave gifts and sweets in children’s shoes, which are left out overnight by the fireplace in the main room for this purpose.