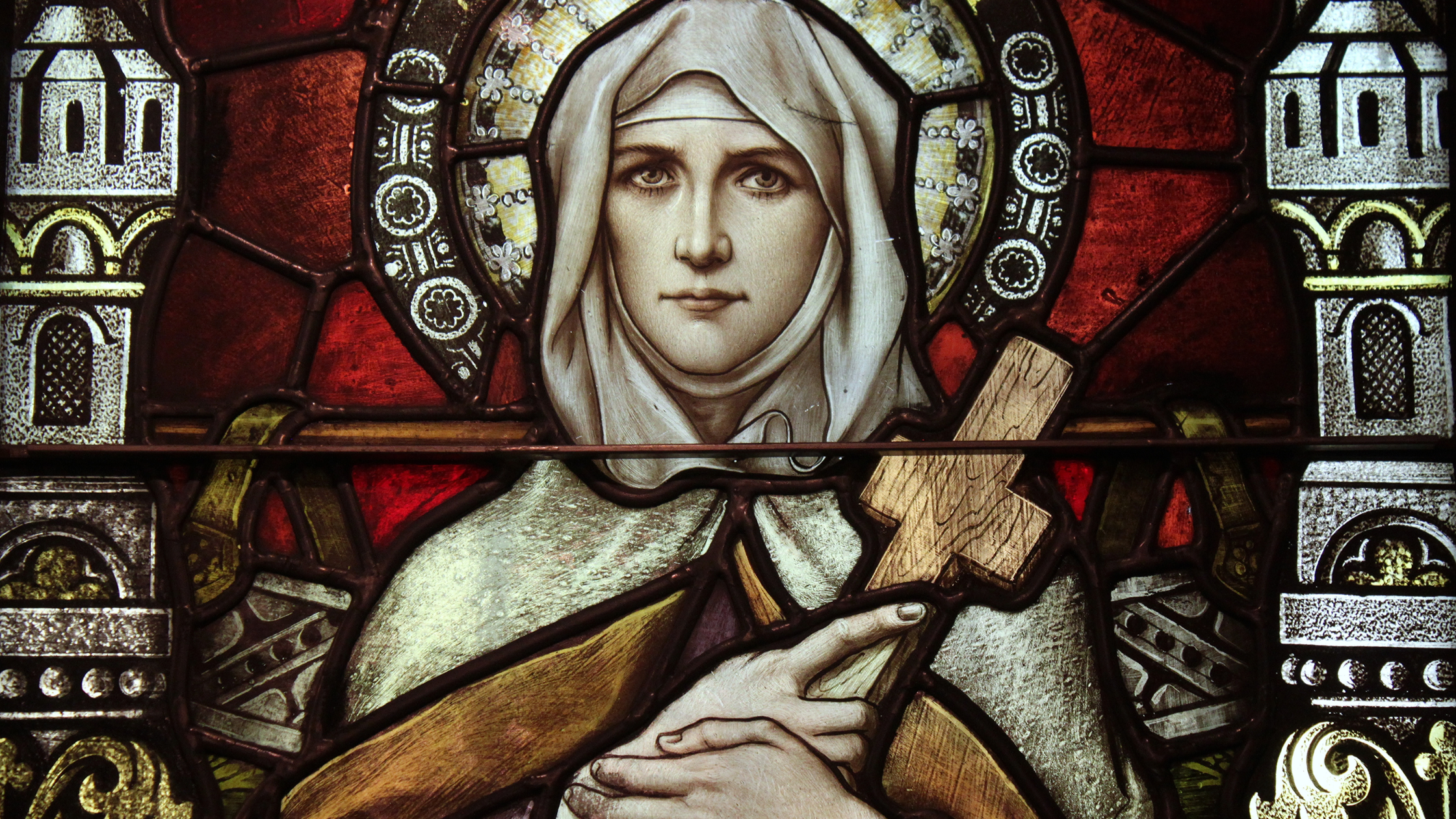 “Monica, a woman whose faith was wise and sound, invites mothers not to lose heart but to keep firm their trust in God and cling with perseverance to prayer.”

St Monica, the mother of St Augustine, was famed for her patience, with her son, with her husband and with her mother-in-law. She was married early in life to Patricius, a Roman pagan, who held an official position in Tagaste. He is said to have a violent temper and a mother who had the same.

Monica had three children who survived infancy: sons Augustine and Navigius, and her daughter, Perpetua. A source of great pain for Monica was that Patricius would not allow them to be baptised.

Like many women before her and since, Monica suffered in silence. She wrote: “Guard your tongue when your husband is angry.” For years Monica prayed for her husband and mother-in-law, until finally, one year before Patricius’ death, she successfully converted them.

The life that Augustine began to lead caused her still greater distress. He was lazy and wayward. When Patricius died, she sent Augustine, now seventeen, to school in Carthage. He returned home to her a Manichaean, a gnostic religion that saw the world and material things as evil. St Monica acted by throwing him out of the house. At some point St Monica went to talk to a bishop about Augustine, who had now fathered a child and was living with a woman. The bishop famously told her, “the child of those tears shall never perish.”

St Monica followed Augustine to Rome, and then Milan where she met the bishop, St Ambrose. He it was who helped her convert Augustine to Christianity. Monica and Augustine spent six happy months together at Rus Cassiciacum, after which Augustine was baptised in the church of St John the Baptist at Milan.

They decided to return together to Africa. Monica died on the journey, at Ostia. As she neared death she said to Augustine, “Son, nothing in this world now affords
me delight. I do not know what there is now left for me to do or why I am still here, all my hopes in this world being now fulfilled.”

Monica’s persistence and her perseverance in not giving up praying for Augustine brought one of the greatest minds in human history into the Church. Her restless patience bore fruit in his conversion, and every page Augustine wrote, every sermon he preached, were written on the prayers of St Monica.

A Book of Novenas