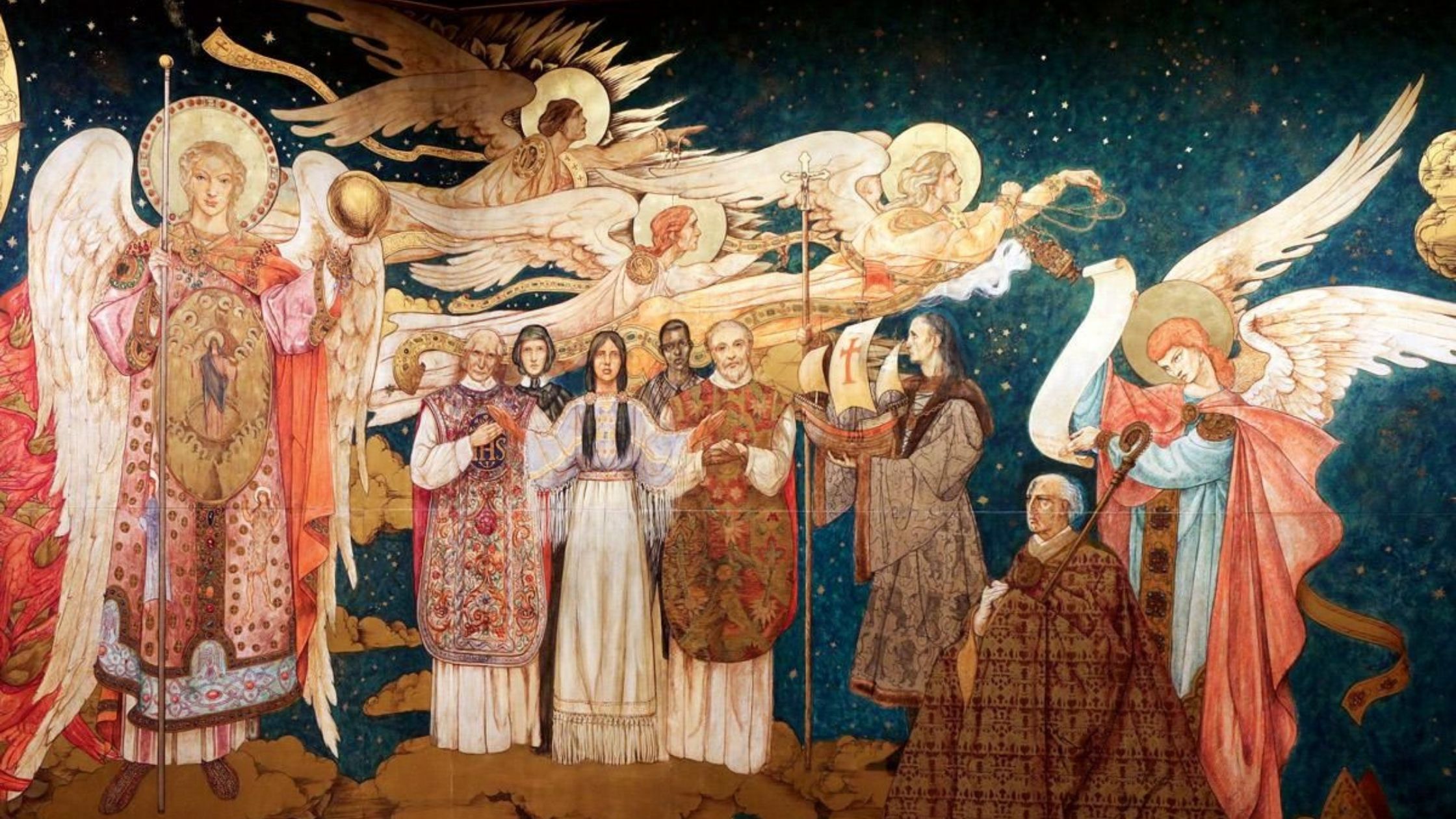 The blanket Tekakwitha wore as her outer garment was usually draped so as to cover her head, because direct sunlight hurt her eyes, but she had grown into a confident, hard-working and highly skilled young woman. She was constantly busy, either with traditional handicrafts, or digging and planting in the fields with the other women. In the spring of 1675 she hurt her foot and could not go out, so when a visiting Jesuit happened to call at her longhouse, she was the only one there to offer hospitality and refreshments. Fr Lamberville invited her to come to the chapel once her foot got better. She said she’d like to, though she was worried that this might upset her uncle, who was hostile to Christian ideas. Her longhouse’s clan mother, Anastasia Tegonhatsiongo, and an older “sister” (an adoptive sister, probably a cousin), had already migrated to La Prairie. Every departure weakened the longhouse, and understandably he didn’t want to lose more people. Nevertheless Tekakwitha did start attending prayers, and she was baptised on Easter Sunday 1676, taking the name Catherine which the Mohawks pronounced as “Kateri”.

That year the Jesuits moved the First Nation Christians at La Prairie to a separate settlement at Kahnawake, further up the St Lawrence, and at a safer distance from the French liquor traders in Montreal. Meanwhile, back in Caughnawaga, Tekakwitha’s life was becoming increasingly difficult. Living as a Christian in a longhouse from which the other Christians had mostly moved away put her in an invidious position. The rest of the family, in their desperation not to lose her, too, behaved counter productively as families often do – harassing her dreadfully, to discourage her and make her give up this Christianity idea. When she refused to work on Sundays, they gave her no food all day. So when, in the autumn of 1677, her older “sister” sent her husband to tell her to come and join them at Kahnawake, it was hardly surprising that she took the chance to escape.

After a long and difficult journey, Tekakwitha arrived at Kahnawake. She moved into Tegonhatsiongo’s longhouse, and the clan mother became an important mentor for her as she settled into this new community. She also formed a strong friendship with a young widow named Marie- Thérèse Tegaiaguenta. Tekakwitha joined in all the hard work in the fields, alongside the other women, and the bringing in of heavy bundles of firewood. But as winter closed in she spent as much time as she could in the little church, praying, although it was bitterly cold in there. She prayed particularly for her friends and relatives back home. Mass was said twice each day, and Tekakwitha was always there for both masses. At Christmas she received Holy Communion for the first time. Soon afterwards she joined a hunting party that was going out. The task of the women was to skin and preserve the meat. Everyone in the group was Christian, and common prayers were held in the morning and evening, but she missed not being able to go to Mass, and decided that even if it meant going short of food, she would never go on another hunting trip. She and Tegaiaguenta engaged in ascetic practices, something very much in line with Mohawk culture, in which the capacity to endure pain was highly honoured. Tekakwitha was also determined not to get married, though this posed serious practical difficulties due to the mutual interdependence of men’s and women’s work in the Mohawk way of life.

Over the next few years everyone at Kahnawake, laypeople and priests, came to think very highly of Tekakwitha, and of the gentle holiness of her life. They often came to her for advice. Her health was failing, and she was increasingly confined to her sleeping shelf, suffering from blinding headaches and fever, but she never lost her sense of joy. She died on 17th April 1680, aged only twenty-four. A few moments after her death her face, which had always been disfigured by the marks of smallpox, took on an unearthly beauty. The Jesuits, and the habitants living round about, began visiting her grave to pray to her, asking for her intercession, and reports circulated of miraculous cures and escape from disasters. She was canonised in 2012.

St Kateri Tekakwitha, in your life God revealed the beauty of his love and truth. Through your intercession may peoples of every tribe, tongue and nation, having been gathered into his Church, proclaim his greatness in one song of praise. We ask this in Jesus’s name. Amen. 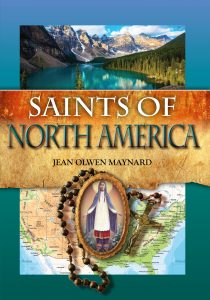 This blog is extracted from our book Saints of North America. As the Christian message spread across North America, God raised up many holy men and women from a wide range of ethnic and social backgrounds, to bear witness to him in different ways. Something of that history is explored here.

For fascinating stories of many relatively unknown saints and blesseds and to support the mission of CTS, order your copy of Saints of North America today.