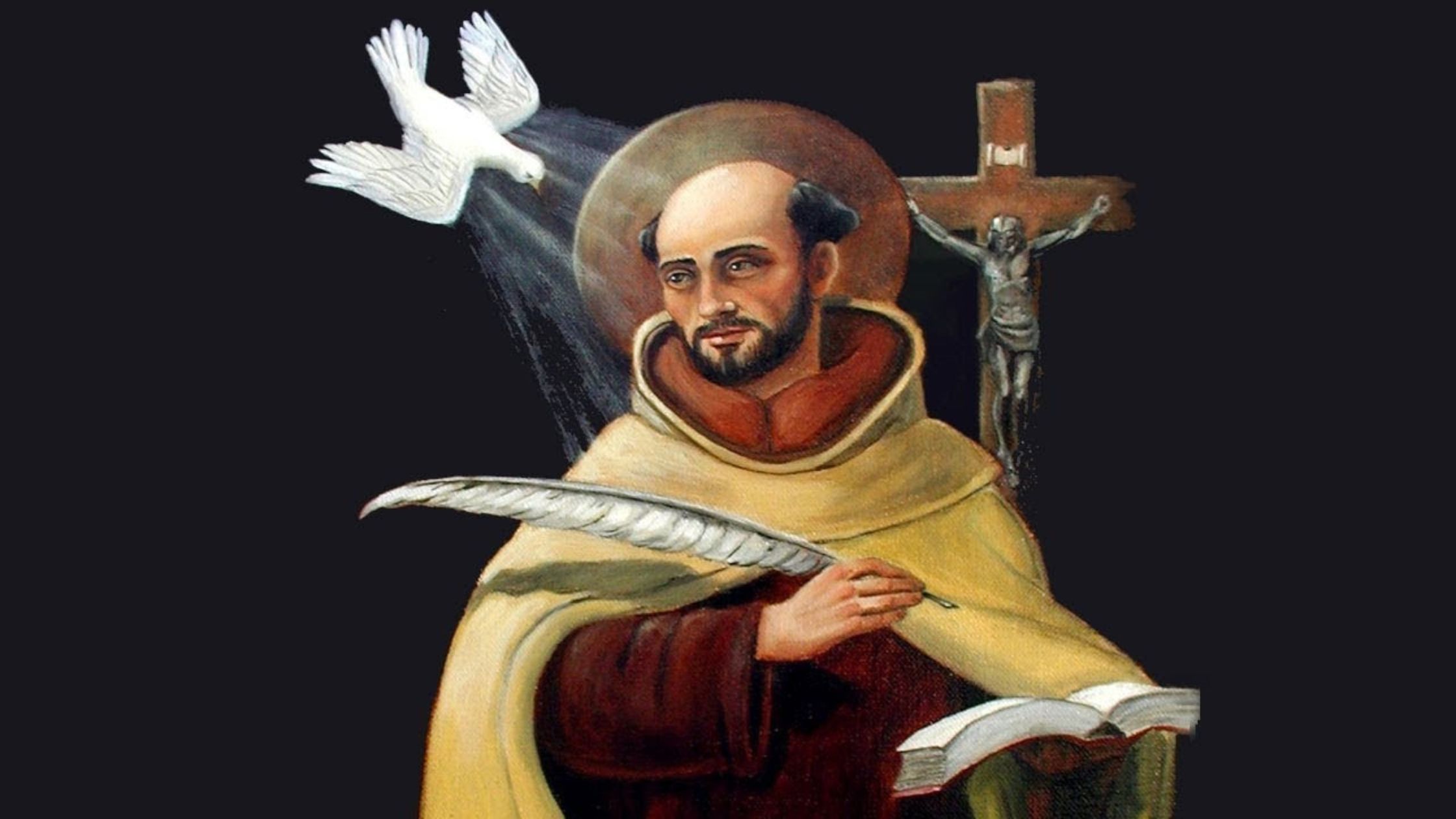 “Take God for your spouse and friend and walk with him continually, and you will not sin and will learn to love, and the things you must do will work out prosperously for you.”

– St John of the Cross

Who was St John of the Cross?

St John of the Cross (1542-91) was born in Fontiveros (Spain) and entered the Carmelites. He befriended St Teresa of Avila and was persuaded to lead the reform of the Order, though he subsequently suffered many tribulations, including imprisonment at the hands of his brethren. A renowned poet and mystic, he wrote much on the mystery of the Cross and the ‘dark night of the soul’.

Collect for St John of the Cross

O God, who gave the Priest Saint John an outstanding dedication to perfect self-denial and love of the Cross, grant that, by imitating him closely at all times, we may come to contemplate eternally your glory. Through our Lord Jesus Christ, your Son, who lives and reigns with you in the unity of the Holy Spirit, one God, for ever and ever.

St John of the Cross’ Enduring Patience in Captivity

The cell door cracked open. Once again John was dragged out and brought to the refectory of the monastery; he wasn’t there to dine with the other friars but to be beaten and mocked. “Teresa is dead, and the reform with her,” he was told. It was Spain in 1577 and St John of the Cross had been kidnapped by some of his Carmelite brothers who were opposed to the reforms introduced by St Teresa of Jesus (1515-1582), the saint from Avila who reformed the Carmelite Order. John would spend nine months locked in a tiny cell in the monastery in Toledo, deprived of food, human company, and spiritual support before escaping with a rope of sheets in the middle of the night.

John had endured much suffering in life. His father, Gonzalo, came from a wealthy family of silk merchants. However, when he married John’s mother, Catalina, who was an orphan, he was rejected by his family and forced to work with his wife as a weaver. He died in 1545 when John was about three years old. Just two years later, John’s older brother, Luis, died, probably as a result of the poverty in which John’s family lived.

Whilst suffering would have made others bitter and resentful, in John it produced the fruit of great patience. John associated the poverty of his family with the great love his parents had for each other. With St Paul he could say:

I have learned to manage on whatever I have, I know how to be poor and I know how to be rich too. I have been through my initiation and now I am ready for anything anywhere: full stomach or empty stomach, poverty or plenty. There is nothing I cannot master with the help of the One who gives me strength. (Ph 4:11-13)

There are two aspects to John of the Cross’s captivity that reveal his patience was something more than mere human endurance: a fruit of the Holy Spirit. Firstly, it was loving and productive, and secondly he chose when to act, to effect his own escape.

It’s one of the paradoxes of Christianity that we find life in death, freedom in captivity, patience in action. For St John of the Cross, the nine months were a period of intense growth, like a child growing in the womb. And his life and action serve as a guide for us. John didn’t just endure and suffer, for there is no benefit in those things in themselves. John followed the advice of St Bernard of Clairvaux (1090-1153), the primary reformer of the Cistercian order, who wrote:

“The quiet and silence that is enjoyed in solitude, force the soul to leave the earth in thought, and to meditate on the things of Heaven.”

His physical captivity in darkness became a symbol of the journey of the soul seeking the Lord, and being sought by him. Whilst held a captive the patience of St John would bear fruit in the most beautiful mystical poetry:

One dark night,
fired with love’s urgent longings
– ah, the sheer grace! –
I went out unseen,
my house being now all stilled.

I abandoned and forgot myself,
laying my face on my Beloved;
all things ceased; I went out from myself,
leaving my cares forgotten among the lilies.

John did not endure his captivity forever. When the time came, he escaped. This too is an aspect of the patience of the Holy Spirit, for it is an active patience, a patience with urgency, a patience that searches for the time of God. Ultimately this is the key to patience as a fruit of the Spirit – it is trusting that you are living in God’s time, and acting to bring it about. Endurance can come to an end when it becomes bad for you. W.B. Yeats (1865-1939), Irish poet and Nobel Prize winner, said it well when he wrote: “Too long a sacrifice can make a stone of the heart”. Endurance must end, if it’s within our power, when it’s bad for another person, when our endurance allows someone to continue committing a sin against us. St Bernard wrote “patience is not good, if, when you may be free, you allow yourself to become a slave.” Ending our endurance, challenging the sinner, is an act of love for the other person, and an aspect of the fruit of patience.

John of the Cross (ebook)