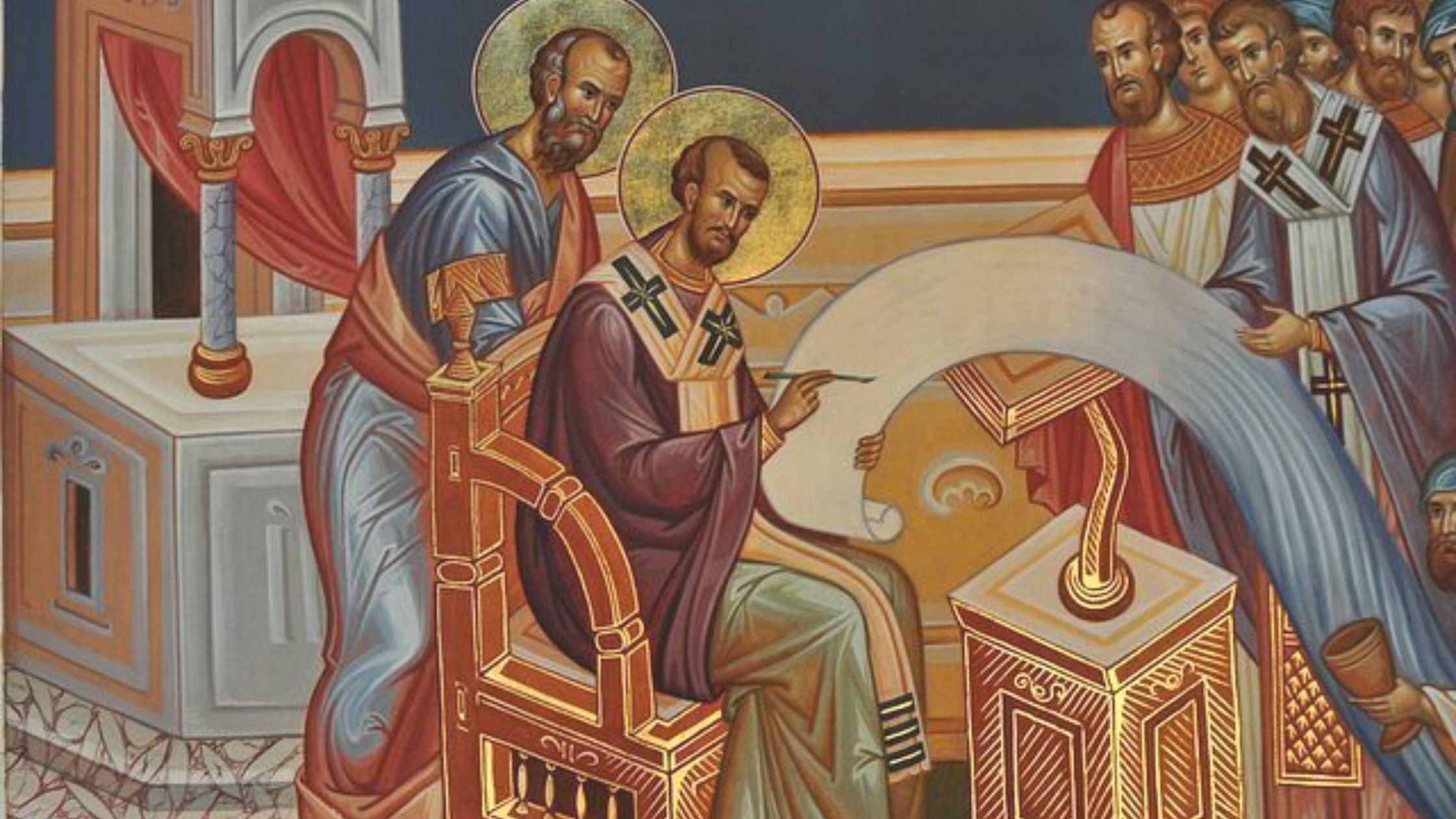 St John Chrysostom (c.350-407) was born at Antioch and trained as a lawyer. He became a monk, then later a priest and became a famed theologian and preacher, gaining the name Chrysostom or ‘the golden-mouthed.’ In 398 he became Archbishop of Constantinople and faced much opposition in his reforms. He died in exile and is honoured as one of the four Greek Doctors of the Church. The Divine Liturgy of St John Chrysostom, widely used in the East, was once attributed to him, although it is now recognised as very probably later than his time.

O God, strength of those who hope in you, who willed that the Bishop Saint John Chrysostom should be illustrious by his wonderful eloquence and his experience of suffering, grant us, we pray, that, instructed by his teachings, we may be strengthened through the example of his invincible patience. Through our Lord Jesus Christ, your Son, who lives and reigns with you in the unity of the Holy Spirit, God, for ever and ever.

A Light to Others

St John Chrysostom used his “golden-tongue” to preach the Gospel to others. This extract from Everyday Evangelising with Pope Francis by Fr Donncha Ó hAodha explains that preaching the Good News is the responsibility of every Catholic:

To be immersed in Christ and to announce him are inseparable aspects of the reality of being Catholic. To be identified with the Saviour is to share in his zeal “to preach good news to the poor” (Lk 4:18). To be bathed in the One who is the “light of the world” (Jn 8:12), is to become living beacons which convey his saving radiance (cf. Mt 5:15).

St John Chrysostom (who died in 407), one of the greatest preachers in the history of the Church, put it like this: “It easier for the sun not to give heat, not to shine, than for the Christian not to send forth light; it is easier for the light to be darkness than for this to be so… It is not possible for the light of a Christian to be hid; it is not possible for a lamp so conspicuous as that to be concealed.”

The evangelising mission of the Church is lived out in a myriad of unassuming ways: parents who teach their children to work well and direct their efforts to God; the sick and the lonely who offer their sufferings in union with Christ’s Passion; workers, professionals and business people, farmers, educators and politicians whose ethical attitude and actions constitute a living catechesis; those who dedicate themselves to the less well off, those who in different ways promote the Gospel of life; the faithful who pray for the Church and the world.

The effort then to spread the Gospel is not an optional extra or an “add-on” activity for some supposedly “more committed” Catholics. It is an essential part of every Christian’s identity. To live in Christ, to be identified with him (cf. Ga 2:20), is to share in his desire and work for the salvation of all souls. “In union with Jesus,” says Pope Francis, “we seek what he seeks and we love what he
loves” (EG 267).

Christ wills to work in and through us, notwithstanding our inadequacies and defects. The evangelising vocation of each and every one of the baptised is beautifully expressed in the prayer of St Teresa of Avila: