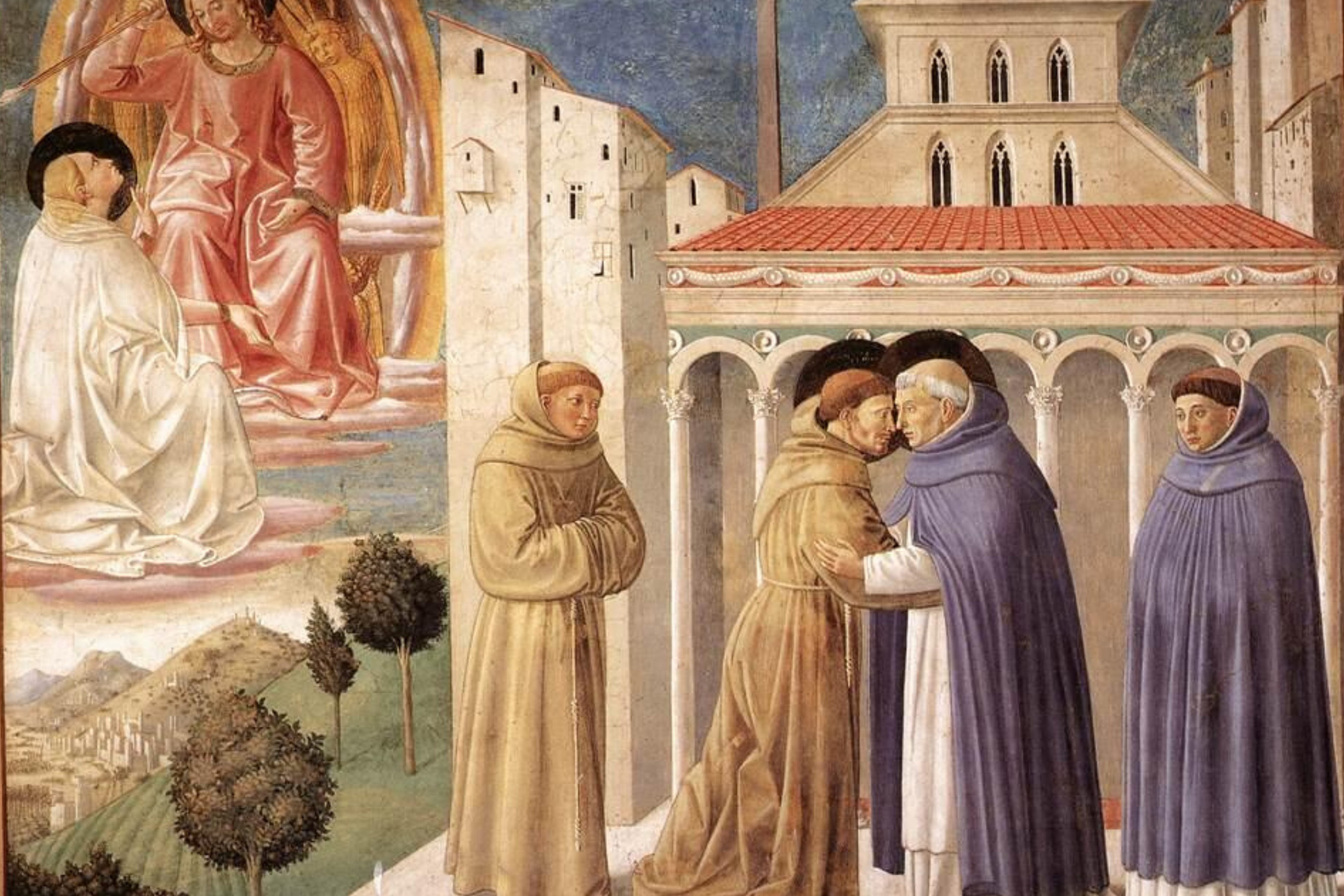 How do you communicate the vitality and dedication of a saint? How do you share his or her charism to inspire others?

In the digital age, a photograph or film may capture an animated expression, a characteristic pose or exchange. When medieval artists portrayed St Dominic, whose feast falls in most countries on 8th August, they frequently painted or sometimes carved, not a scene from his life but a vision which the saint received at Rome in perhaps 1215 or 1217. 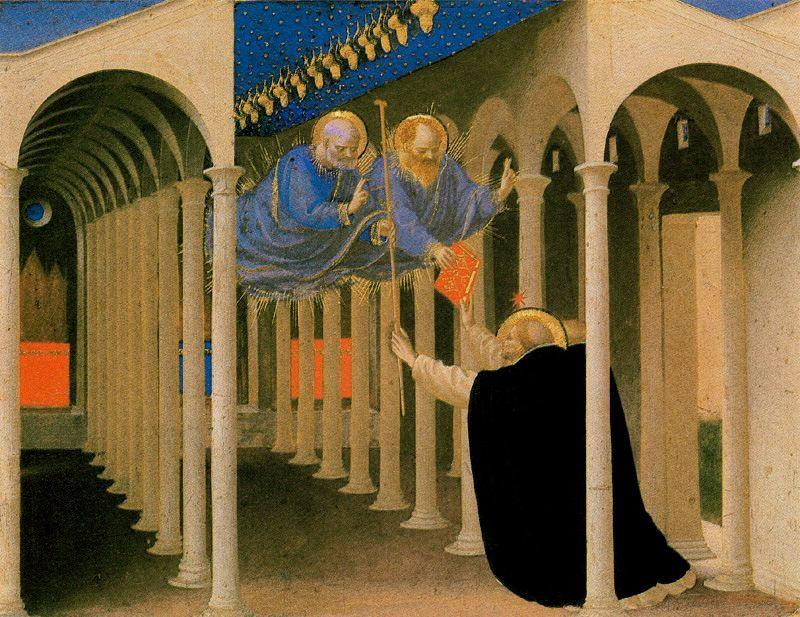 He had been praying long into the night at St Peter’s, reflecting on the future of his work in the Languedoc, where this former canon of Osma had formed a small band of brothers who sought to teach the Catholic Faith to heretics who had rejected the Church and who denied the power of her sacraments.

Suddenly, Dominic saw in his mind’s eye Saints Peter and Paul approaching him.

St. Paul gave him a Gospel book, while St. Peter handed him a staff (the latter perhaps one-half rod of office, one-half pilgrim’s walking-stick). They told him that he had been chosen by God to preach the Gospel to the world.

Following the artists’ lead, we can see this vision as shaping St Dominic’s later life, and shaping the international Order of Preachers which he founded with papal support eight hundred years ago. St Dominic and his religious brothers were be apostolic preachers whose voluntary poverty and obedience recalled that of the first apostles and disciples.

As these men had been sent out to preach by Christ from Jerusalem without gold or silver, so now the friars were to be sent from the very centre of the Church far across the globe to preach His Good News, and to beg for the alms on which they would live. 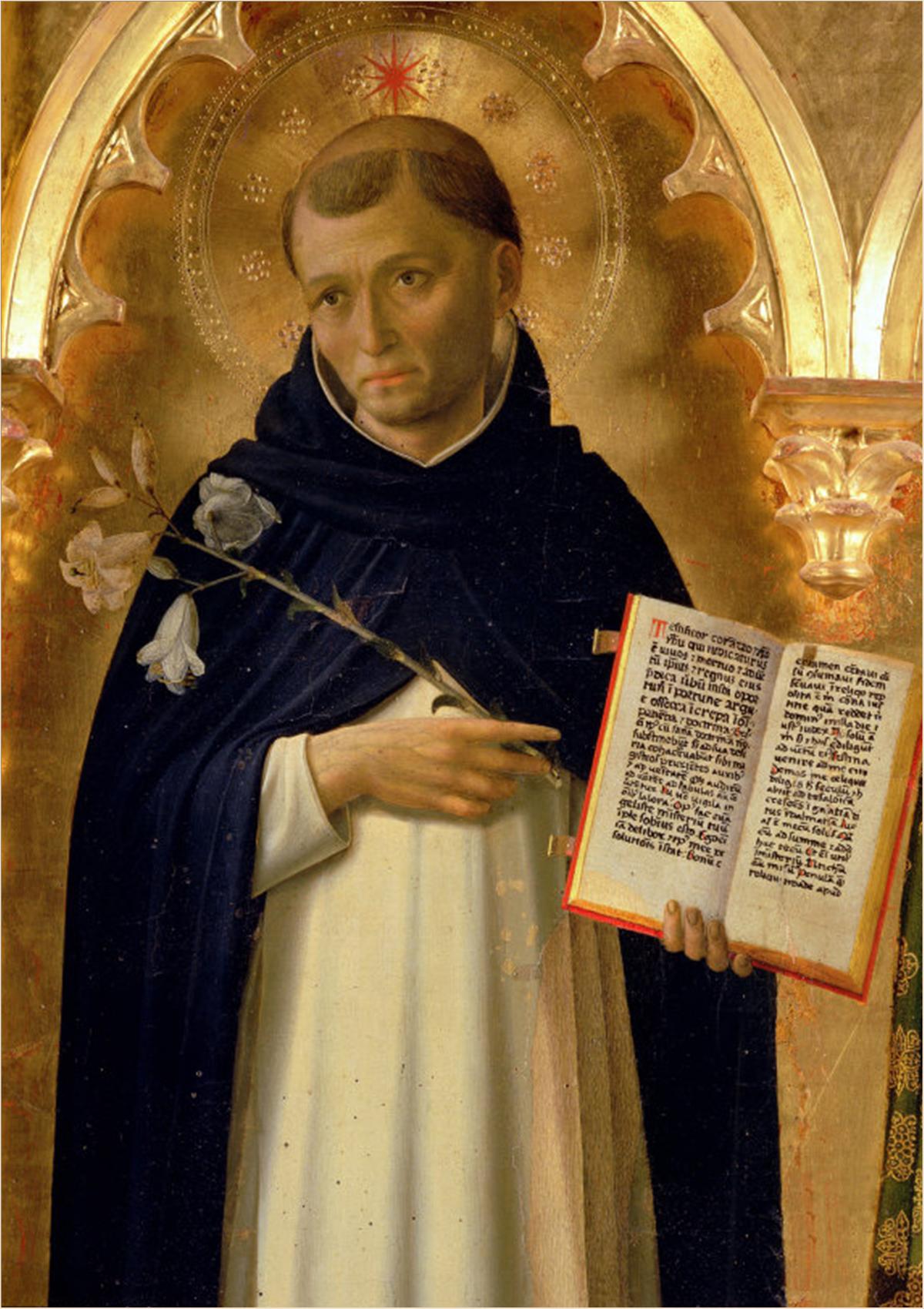 Such ambition required personal dedication and adaptability; that’s something we still expect of any saint. It also took a quality we less often recognize these days, but which is of huge significance: the ability to work with others and hammer out together with them an institutional framework to advance a lasting common mission.

St Dominic spent much of the time from 1216 to his death in 1221 travelling the roads of Europe to support the friars in their new convents at Paris, Bologna, and in Spain, to discuss with them in General Chapters the constitutions and training that would facilitate their preaching, and to secure from the papal court the bulls or edicts which would authorise their mission and encourage others to assist it.

In addition, St Dominic formed and supported communities of cloistered nuns whose contemplative prayer would, in turn, sustain the friars’ apostolate in the wider world.

The mission lives on

Today, St Dominic’s friars can be found in over one hundred countries. They run university, hospital, and prison chaplaincies; they serve parishes and teach Philosophy and Theology in schools, colleges, and universities. You can find their preaching online at The Torch.

Their most recent General Chapter at Bologna drew to close on August 3rd when St Dominic’s successor, the Master of the Order, Fr Bruno Cardoré OP, signed the ‘acts’ which record the Chapter’s sovereign deliberations. 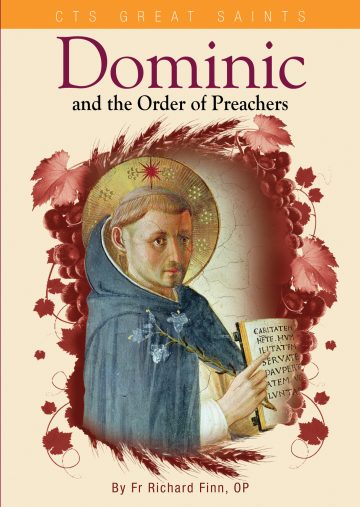