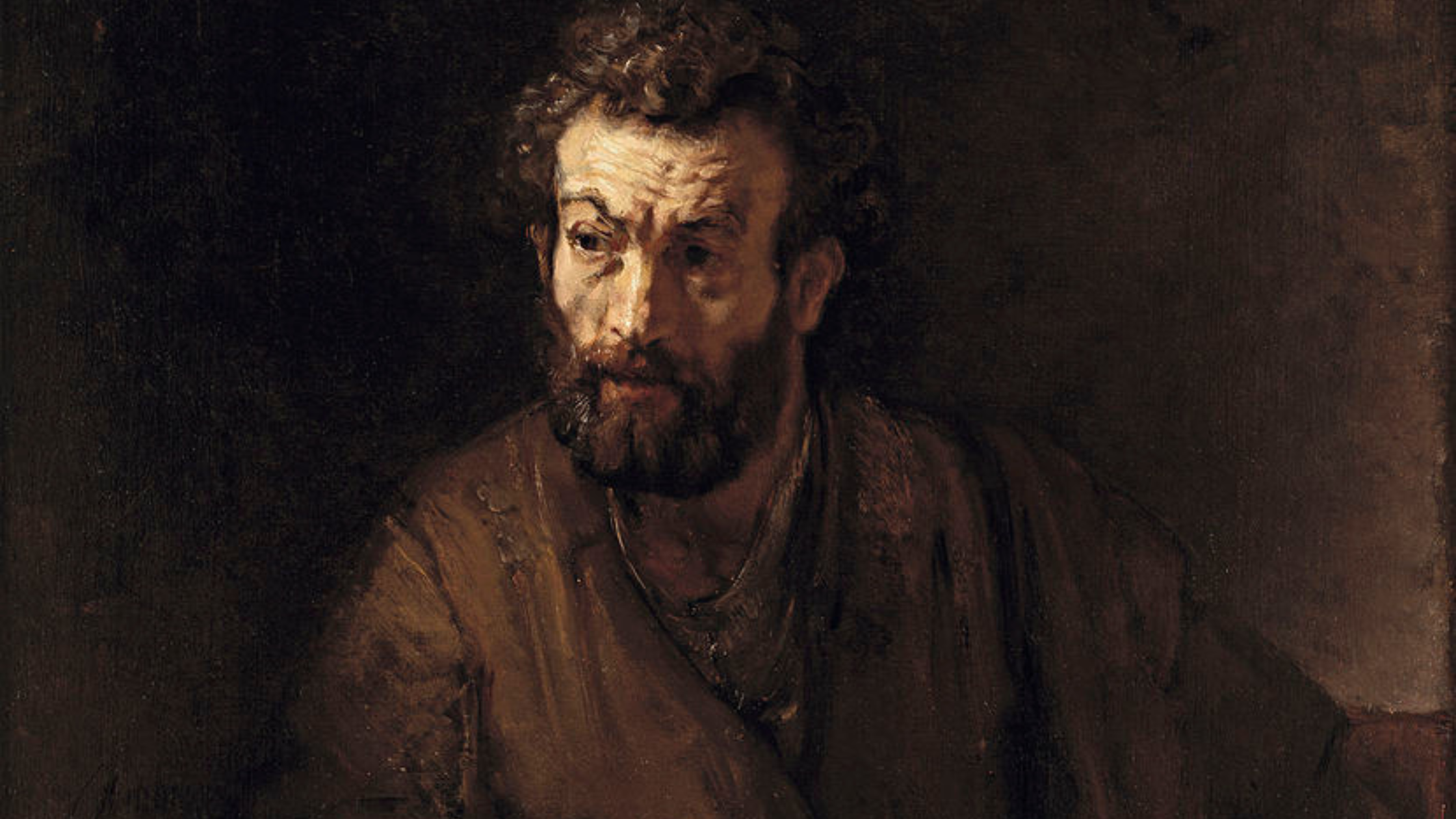 “St Bartholomew stands before us to tell us that attachment to Jesus can also be lived and witnessed to without performing sensational deeds.“

Today’s biography and reflection is written by Julien Chilcott-Monk and is extracted from Saints of the Roman Canon.

Bartholomew was possibly Nathanael’s surname – it means the Son of Tolmai. He is likely to be the acquaintance of Philip in the gospel of John. The association of Bartholomew’s name with Philip’s in the synoptic gospels suggests that Bartholomew and Nathanael are one and the same, a disciple of our Lord and one of the Twelve. The name Bartholomew appears in the lists of the Twelve (in Mt 10:2-4, Mk 3:16-19, and Lk 6:14-16); and in John, Philip introduces Nathanael from Cana in Galilee to our Lord. First, Philip tells Nathanael “We have found the one Moses wrote about in the Law…he is Jesus, son of Joseph, from Nazareth”. “From Nazareth?” asks Nathanael, perhaps with a grin. And we can imagine his emphasising “can any good come out of that place?” “Come and see,” Philip suggests. Philip and Nathanael approach Jesus who sees them coming and remarks of Nathanael straight away: “There is an Israelite who deserves the name, incapable of deceit”. Can we imagine Nathanael, with a huge grin on his face, asking “How do you know me?” “I saw you under the fig tree”. In mock obeisance, perhaps, Nathanael replies: “Rabbi, you are the Son of God…” “Ah!” says Jesus “You will see greater things than that!” (Jn 1:43-51).

Surrounding the story of Bartholomew are many legends describing his tireless missionary work in many countries; he is generally credited with the conversion of Armenia, perhaps in the company of St Jude. Bartholomew was martyred, according to legend, after converting the King of Armenia, whereupon the king’s brother immediately had Bartholomew beheaded. Bartholomew died, legend tells us, in the city of Albanopolis. One story says he was flayed – hence his patronage of tanners.

A cheerful countenance is much more likely to reveal Christ to others.

Then let the earth, the courts of heaven, applaud,
The Church here present add her acclamations,
The Apostles’ high and holy acts extolling.
These are the candlesticks before our God;
These in the palace of the mighty King
Exalted sit, in place aloft.
Salt of the earth, light of the world are they
Like heavenly luminaries they shine;
These bear the palm, these wear the crown,
Already for them was the table set.

(Sequence for an apostle, from the Sarum Missal)

Pray for those who use wit to good effect; for all comedians and actors.

Understanding the Calling of the Disciples

This reflection is written by Dom Henry Wansbrough, OSB and is extracted from A Year With the Bible.

Gospel According to Matthew

Gospel According to Mark

Gospel According to Luke

Gospel According to John