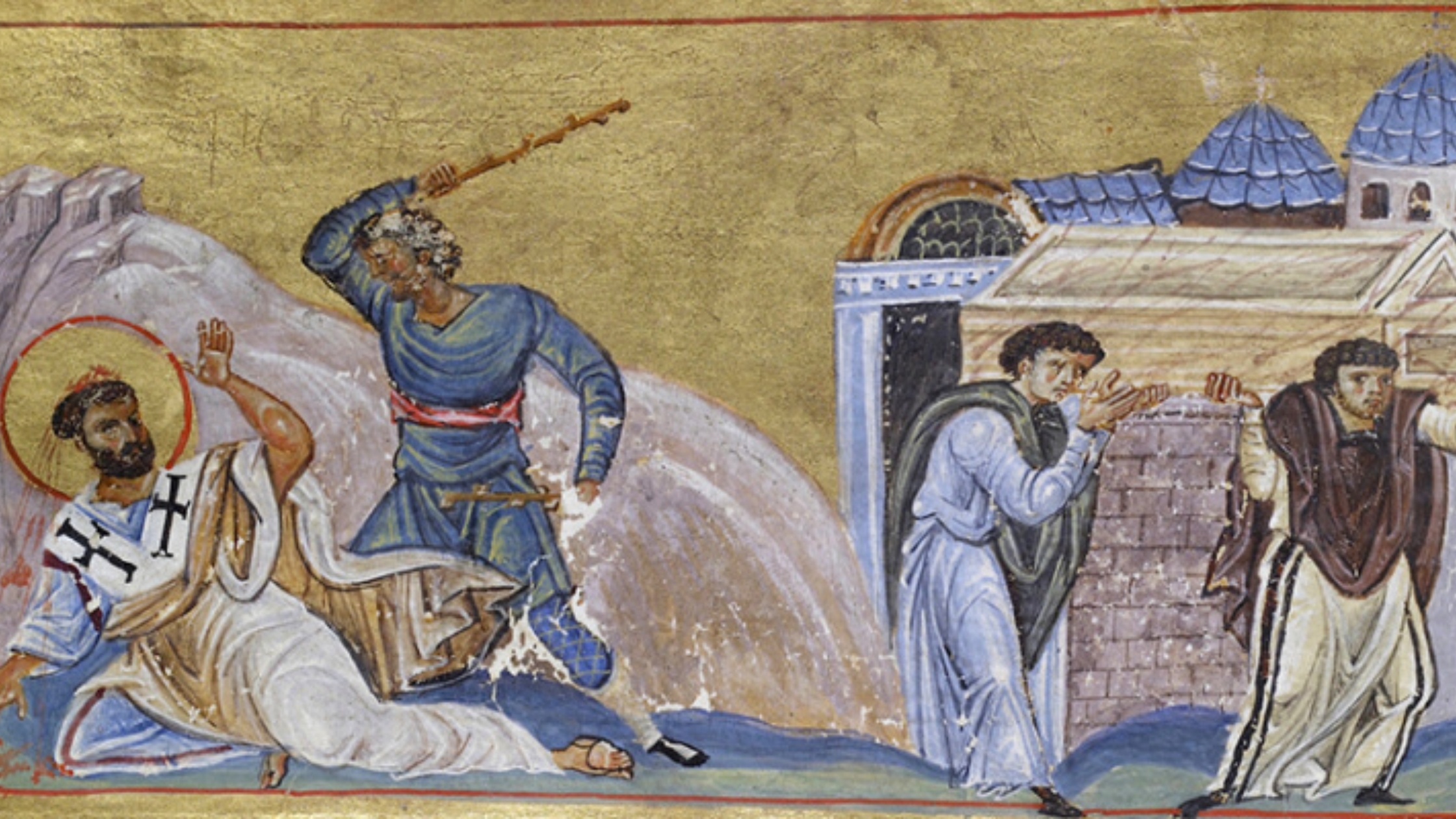 “That is why I am reminding you now to fan into a flame the gift that God gave you when I laid my hands on you. God’s gift was not a spirit of timidity, but the Spirit of power, and love, and self-control. So you are never to be ashamed of witnessing to the Lord, or ashamed of me for being his prisoner; but with me, bear the hardships for the sake of the Good News, relying on the power of God who has saved us and called us to be holy.”

Who were Saints Timothy and Titus?

Today’s saints are written by Fr Nicholas Schofield in Saints of the Roman Calendar.

SS Timothy and Titus were both apostles of St Paul, who addressed to them three of his Epistles. St Timothy (+ 97) accompanied the Apostle on many of his journeys and eventually became bishop of Ephesus. According to tradition, he was beaten to death by a mob when he opposed the worship of Dionysus.

St Titus (+ c.96) seems to have served as the first bishop of Crete.

Collect for Saints Timothy and Titus

O God, who taught the whole world through the preaching of the blessed Apostle Paul, draw us, we pray, nearer to you through the example of him whose conversion we celebrate today, and so make us witnesses to your truth in the world. Through our Lord Jesus Christ, your Son, who lives and reigns with you in the unity of the Holy Spirit, one God, for ever and ever.

Leaders in the Early Church

A commentary on 1 Timothy 3 by Dom Henry Wansbrough OSB in A Year With the Bible.

Both Timothy and Titus are charged with appointing leaders of the young Christian communities. We are not sure of their relationship to the future ministry of bishops, priests and deacons. Paul himself had appointed elders in his communities, and here they have a president, as in the Jewish communities scattered around the Mediterranean world. It is much too early to call them priests and bishops; there must be room for development in many ways. At Corinth there seemed to be no one in charge, only direct appeal to the Spirit. In their selection criteria the author is concerned that they should be able to manage their own households before that of the Church, to win approval by keeping to the standards of society of the day. Are they too bourgeois, too anxious to avoid upsetting people, too eager to keep to the ‘trustworthy’ traditions of teaching in the Church? Scattered throughout the three letters are little fragments of hymns which show that there is still fire in
the proclamation of the ‘Mystery’.

In the proper Christian sense the ‘mystery’ is not primarily an enigma, difficult to understand. It is the secret stored up and finally revealed now at the end of time, as in this little unsophisticated six-line confession of faith (3:16). It could be the conclusion of a hymn. Or is it merely a snatch of song; there are several of these doctrinal summaries in the Pastoral – perhaps mnemonics to be hummed on the road or hymned in the assembly? The poem is nicely balanced. Each line begins with a passive verb: ‘made visible, justified, seen, proclaimed, believed, raised up’ – a fine progression from the preexistence of Christ to his glorification. There is the same progression in the pairs at the end of the lines: ‘in flesh / in Spirit; in angels / in gentiles; in the world / in glory.’ Or it may be read as two triplets of three lines each: the epiphany of Christ and his vindication.

Question: What are the chief positive qualities for a minister in the Church?