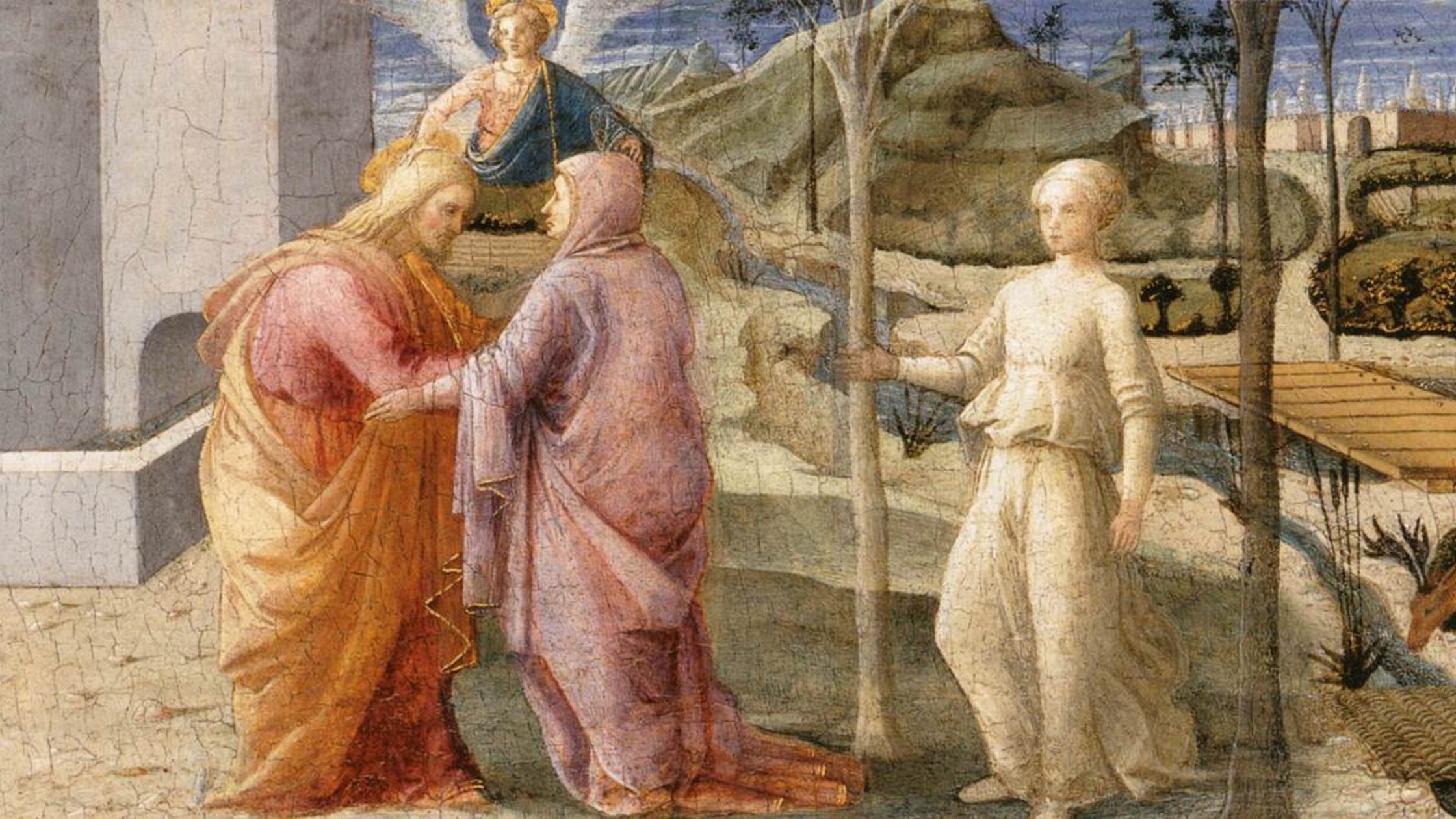 “Joachim and Anne, while leading a devout and holy life in your human nature, you gave birth to a daughter nobler than angels, whose queen she now is.”

SS Joachim and Anne were the parents of the Blessed Virgin Mary and the grandparents of the Lord. They remind us that the Word truly became flesh in a particular family. Our devotion to them is an extension of our love of Mary and her Divine Son.

– Fr Nicholas Schofield in Saints of the Roman Calendar (ebook)

This reflection is written by Keith Chappell in The Role of Christian Grandparents:

It would be wrong to have any consideration of Christian grandparents without mentioning Saints Joachim and Anne, the patron saints of grandparents. Now seems like an appropriate place to spend a moment reflecting on what they mean to us.

Like many saints in our calendar we know very little about Joachim and Anne other than they are venerated as the parents of the Blessed Virgin Mary. We don’t know their names for sure but at least we can be certain that the Blessed Virgin had parents. An important question is, what can we know from them and what do they have to say to grandparents today?

As the parents of Mary they would have brought her up, nurtured her and taught her the ways of their faith. Mary would have learned how to pray from her parents and she would have learned how to bring up children. Rooted in her faith, and as the Gospel tells us grounded in prayer and reflection, Mary was prepared to respond positively to God’s request brought by the angel Gabriel. Mary’s answer : “Let it be done to me according to your will” was not the product of a moment’s choice but was a reply that was being formed in every moment of her upbringing and was ultimately a response rooted in the Covenant which her parents had taught her all about. Through the guidance and teaching of Joachim and Anne, Mary was prepared to say a free and informed ‘Yes’ to God.

Joachim and Anne represent the tradition of Israel, as does Mary, the heritage of generations of faithful believers who stayed true to the Covenant that God had made with his people. Each and every grandparent also represents that link with generations before and has the opportunity to pass on the tradition that they have received. For some this will be in the skills of parenting, perhaps a moral code, perhaps the stories of the family. For Christian grandparents the tradition that they pass on is our Tradition, the New Covenant in Christ which invites us to say ‘Yes’ along with the Blessed Virgin.

It is also possible to see how Joachim and Anne would have experienced many of the anxieties of grandparents today. Even before their grandson was born there would have been concern about their daughter having to travel to Bethlehem when heavily pregnant. It is possible that they had to go to a different town to register for the census so would have been separated from Mary at the time of Jesus’ birth. Anne (who is also patron saint of women in labour) would have been an important part of a birth under normal circumstances so her worry would have been all the greater. The massacre of the innocents must have found Joachim and Anne frantic with worry for their grandchild and the flight of Mary and Joseph into Egypt will have left them worried and bereft, perhaps not knowing where their daughter and grandchild were.

We don’t know if they ever met Jesus but we can imagine their joy on the return of the Holy Family and perhaps their first meeting with their new grandson. It is possible that they helped care for Jesus as he grew up and may even have been in the party visiting Jerusalem when he was left behind. Perhaps Mary and Joseph thought he was with his grandparents when they set off. When Mary stood at the foot of the cross and saw her son dying she must have drawn on all of her reserves of strength and faith to simply avoid giving up belief and even life itself. These reserves would in no small part be drawn from the tradition and faith passed on to her by Joachim and Anne.

Yes, much of this is speculation, but it does allow us to see some of the universal aspects of what it is to be a grandparent: close and loving but often having to watch events unfold with a sense of powerlessness. Importantly, it also allows us to see the utter humanity of Christ. Jesus the man came from a family with its own history, traditions and stories. His family was not just Mary and Joseph but a line of flesh and blood with all the joys and sorrows of being human.

Saint Anne,
mother of the Virgin Mary and
grandmother of our Lord Jesus.

You raised your daughter in expectation of
the Messiah’s coming and encouraged her
to respond to God’s call in her life.
You prepared her to accept her call
to be the Mother of God.

Help us to be good parents and
grandparents, eager to enable our
children and grandchildren to find God’s love.