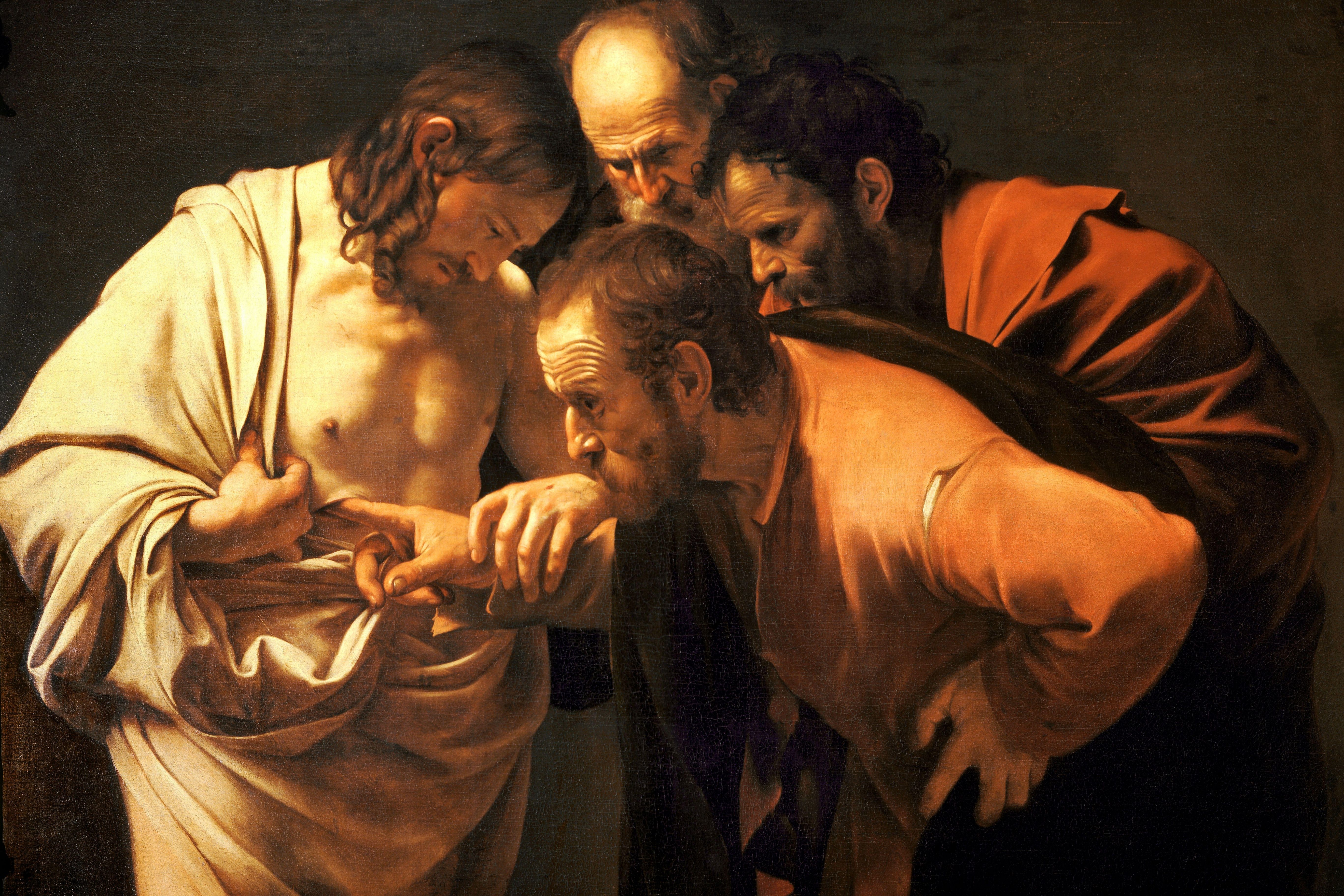 From the Day of Pentecost, Jesus’ followers set out to fulfil his commission of announcing the Gospel “to all the nations”. The Christian message travelled out in every direction, by land and sea, along the trade routes of the ancient world, everywhere finding previously-established Jewish diaspora communities which served as entry points. Vibrant Christian networks spread throughout the Middle East, where the lingua franca was Syriac (a form of Aramaic, as spoken by our Lord and his disciples), and soon crossed the Roman imperial frontiers to spread into the Arabian peninsula and the Persian Empire, forming what would become the Church of the East. To the west, Christianity gained a toehold in Greek-speaking cities all around the Mediterranean: the career of St Paul, as documented in Acts, is just one example of a much wider process.

Another sea route known to traders from the Roman Empire went via the Red Sea into the Indian Ocean, where a canny captain could pick up the monsoon winds and ride them to the Malabar Coast, the south-west coast of India, to return laden with jewellery and spices. Several Jewish communities are known to have been established in India, and it’s highly likely that the route was also taken by Christian emissaries.

According to a long-established tradition the faith was brought to India by the Apostle Thomas, believed to have reached the Malabar Coast in 51 AD: he landed at the ancient port of Muziris, near Kodungallur in present-day Kerala, and after planting and nurturing seven churches, sailed around to the east coast to die a martyr’s death at Mylapore, Chennai (Madras). The apocryphal Acts of Thomas tells an alternative story of the Apostle travelling to northern India at the invitation of King Gundaphar – and archaeological discoveries showing that Gundaphar actually existed, and probably had his capital in Taxila, an ancient city not far from present-day Islamabad, suggest there might be a grain of truth in that story. However no evidence has been found of any Christian community in the north, whereas in Kerala the “St Thomas Christians” have been a living presence to this day.

Towards the end of the second century St Pantaenus, an intellectually brilliant Jewish convert to Christianity, and principal of the famous Catechetical School of Alexandria in Egypt, accepted an invitation to travel to India to engage in dialogue with the Hindu philosophers. While he was there he met up with the local Christians, and was shown a Hebrew copy of the Gospel of Matthew. In 345 AD another Thomas arrived in Kodungallur. This was Thomas of Cana, leader of a well-organised group of Christian families, accompanied by clergy. They had fled as refugees from Persia, where thousands of their co-religionists were suffering martyrdom in a ferocious persecution.

The newcomers quickly made contact with the local Christians, revitalised their community, helped them become better organised, and established regular contact between them and the Church of the East – though, sadly, it was not long after this link-up that Communion was broken between the Church of the East and the Sees of Rome and Constantinople. The Malabar churches adopted Syriac as their liturgical language, and were placed under the jurisdiction of a bishop on the Persian Gulf. Five stone crosses have been found in India which date back to the first millennium. Similar crosses found in Sri Lanka point to there also having been a small Christian community there, though it did not survive for longer than a few generations.

Over time the St Thomas Christians came to be regarded as, and function like, a caste within the Hindu system. As such they enjoyed high status, being valued by local rulers as brave and loyal warriors, though the downside of this was that it discouraged them from evangelising, since bringing outsiders into the community would have undermined their social standing. In the thirteenth century, the Mongol conquests established strong, unified rule over vast stretches of the Eurasian landmass, thereby making possible the reopening of long-distance communication. Roman Catholic missionaries then began to be sent out from Western Europe deep into Asia, and John of Montecorvino, a particularly intrepid Franciscan, spent a year in India with the St Thomas Christians while on his way to China. But a century later the Black Death swept the world, travelling like the missionaries along the trade routes, and closing them down once again.

In search of Christians and spices

In 1497-98 a Portugese expedition, led by Vasco da Gama, sailed round Africa into the Indian Ocean to land on the Malabar Coast, announcing that they’d come in search of “Christians and spices”. Another objective was to encircle and wage war against the Muslim world, and as soon as this became apparent it sparked conflict. The Portuguese were nevertheless welcomed by the Hindu Rajah of Kochi, an important trading centre for black pepper quite close to Kodungallur. They built a fort and a church in Kochi, and drove out the local Muslim traders, which delighted the St Thomas Christians as it allowed them to take over the lucrative pepper trade.

The Portuguese proceeded to conquer the island port of Goa, expelling its Muslim rulers and developing it into the administrative and ecclesiastical headquarters of
their developing maritime empire. Armed aggression also won them the city of Bassein and the nearby islands of Mumbai (Bombay). However, as a small country with limited manpower, Portugal had no chance of forcibly occupying anything more than small enclaves around strategic points. Raw courage and daring made Portuguese troops a formidable fighting force, but they had no superior weaponry to give them a decisive edge other than their heavy guns – cannons – which mostly had to stay mounted on their ships and forts, because they were so difficult to transport. The cannons gave them easy command of coastal areas, but left them relatively powerless a few miles inland.

In any case, aggression wasn’t always necessary. Although some local rulers saw the Portuguese as a threat, others saw them as attractive potential allies and trading
partners. In many places, therefore, peaceful negotiation proved more cost-effective. Along the eastern coast of India it gained them a warm welcome, and permission to establish a whole string of trading settlements, from Tuticorin in south-east Tamil Nadu all the way up to Chittagong, principal port of the wealthy Sultanate of Bengal. The King of Kotte, in Sri Lanka, also made friendly overtures and invited them to establish a fort at Colombo. Kotte was one of several Sinhalese Buddhist kingdoms in the southern part of the island, while the northern part was ruled by the Tamil Hindu King of Jaffna.

The first Jesuit missionary, St Francis Xavier, arrived in Goa in 1542 and used it as a base for travelling around the region. He is particularly remembered for consolidating the nascent Christianity of the Parava fishworkers who operated the pearl fisheries between Kanyakumari, at the southernmost tip of India, up to Tuticorin. The Paravas had readily agreed to be baptised in return for Portuguese protection from Muslim raiders, but before Fr Xavier’s arrival they hardly knew anything about the faith they’d committed themselves to. Fishing communities on the island of Mannar off Sri Lanka, hearing about his work among the Paravas, sent a message asking him to come and preach to them too: he was unable to go personally, but sent another priest instead.

When in 1544 the King of Jaffna, infuriated with the Portuguese, decreed a crackdown on Christianity, the Mannar converts refused to renounce their new-found faith, and some six hundred men, women and children died as martyrs. After Fr Xavier’s death in the Far East, in 1552, his body was brought back and enshrined in Goa: he was canonised in 1622.

Further large-scale accessions to Christianity began to take place in Sri Lanka from around the middle of the sixteenth century, especially among the fishing communities just north of Colombo. Members of royal families also began asking for baptism, and this encouraged conversions among the Sinhalese nobility,mbut also provoked a Buddhist backlash and weakened the kingdoms politically so that they fell increasingly under Portuguese domination. Following a successful military expedition to conquer Jaffna, the Portuguese came to control most of the coastal areas, though the thickly forested interior remained independent under the Buddhist King of Kandy.

In and around the Portuguese bases, European soldiers and traders settled down and married local women, giving rise to a mixed-race population which formed
the nucleus of a Christian community wherever there was not one already. Elsewhere, conversions were few. South Asian rulers, whether Hindu, Muslim or Buddhist, often proved far more tolerant of efforts to spread an alternative belief system among their subjects than any Christian government in Europe would have been at the time; nevertheless, the growing numbers of Christians were overwhelmingly concentrated in the areas under Portuguese rule. The Pope had agreed that all missionaries should be sponsored and controlled by the Portuguese government: this had been logistically advantageous to begin with, but as time passed the disadvantages became increasingly apparent.

Something else that posed a serious problem for would-be evangelisers was the caste system. Most of the recent converts belonged to lower castes, so
higher-caste Hindus tended to look down on Christianity as a low-caste religion.

Even the St Thomas Christians were anxious not to be too closely identified with the lower-caste converts. Tensions also began to mount between them and the Portuguese, due to the rigid-minded efforts of European missionaries to suppress their ancient liturgical and spiritual traditions and replace them with what they saw as the right way of doing things – that is, the Portuguese way. In 1599, at the Synod of Diamper, their own leadership was set aside and a Roman Catholic bishop imposed, and wholesale anathemas pronounced against everything about them that was different.

The tensions came to a head in 1653, when many of the St Thomas Christians resolved to reject Papal authority altogether, while others appealed to the Pope to send emissaries who would be genuinely neutral, and able to broker a just solution. The Pope then sent out Carmelite Fathers, and they were successful in reconciling the majority of the St Thomas Christians, whose descendants today comprise the Syro-Malabar Church, the second-largest Eastern Church in Communion with Rome. 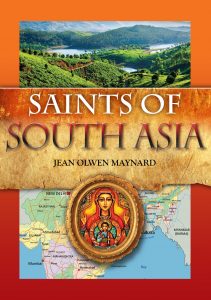 This blog is extracted from Saints of South Asia, which explores the history of St Thomas the Apostle, St Francis Xavier and the evangelisation of the region, along with information on how the people of these regions developed and defended their strong Christian faith.

Learn more about the legacy of St Thomas and encounter some of the many incredible saints of the region by ordering your copy of Saints of South Asia. 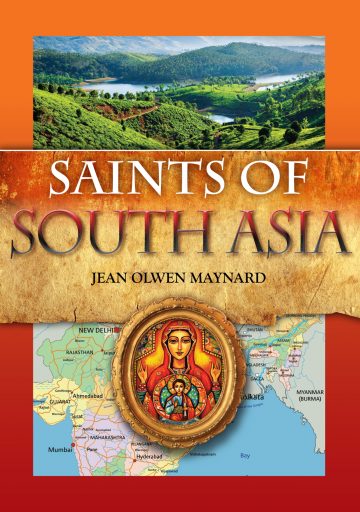