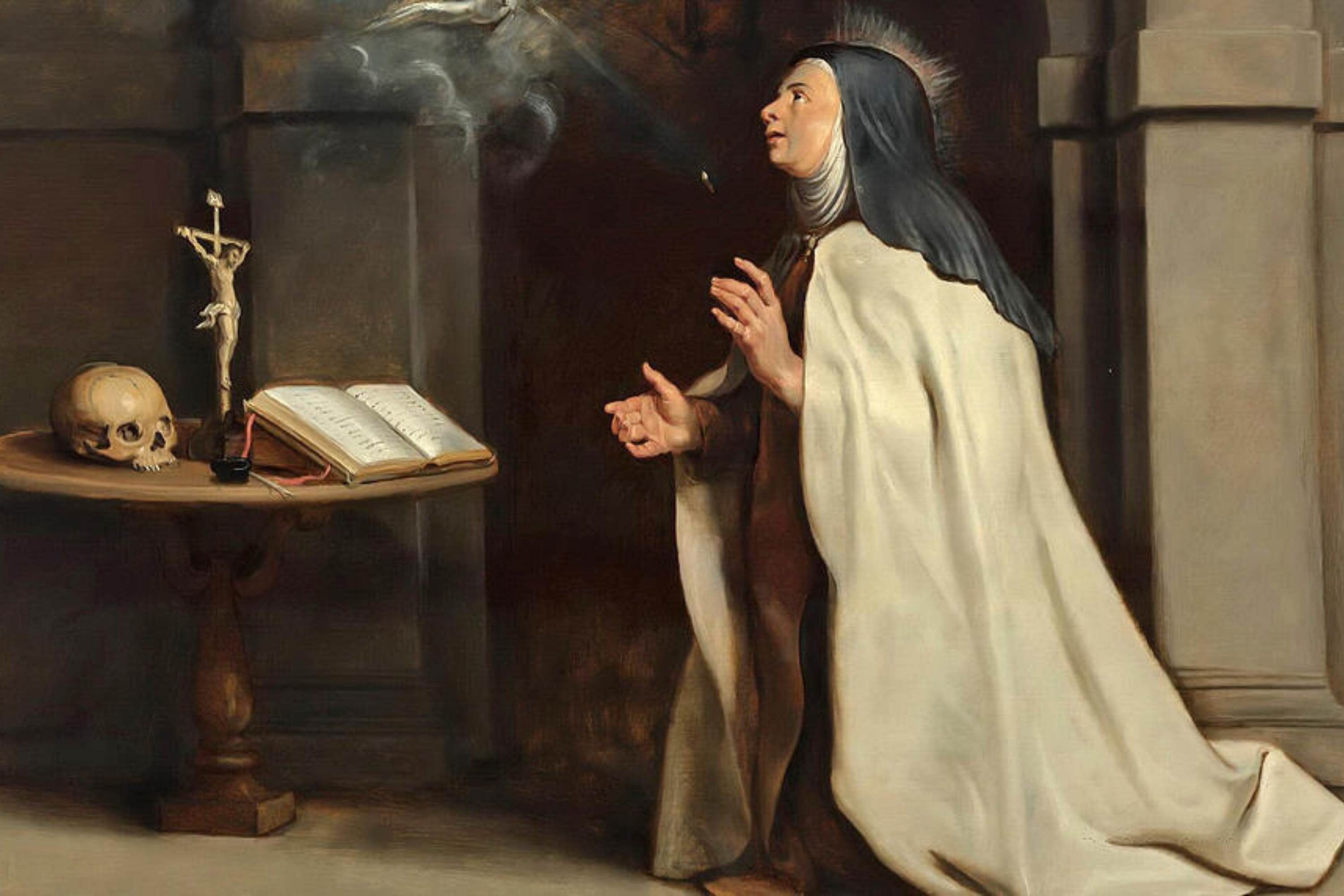 In her writings, St Teresa deals with the practical questions her sisters have: Is prayer a waste of time?  Does prayer really bring souls to God? Teresa’s response is that the devil often gives great desires – daydreams – ‘so that we will avoid setting ourselves to the task at hand, serving the Lord in possible things.’ But what if there are no great things to do for Him? – ‘My Sisters, what I concluded with is that we shouldn’t build castles in the air.  The Lord doesn’t look so much at the greatness of our works as at the love with which they are done’.

Shortly before her conversion, Teresa had a vision of hell, in which she found herself confined in a tiny, noisome hole.  For a soul as expansive as Teresa’s, to be confined like this would truly be hell. But this generosity and expansiveness of spirit was a charism not for herself alone, but a legacy to be passed on to her daughters and to all who would learn from her. While a Carmelite is restricted in her surroundings, there is no limit to her spiritual dwelling, which is no less than the palace of the King of kings.

This palace or castle Teresa sees as consisting of seven rooms or mansions, leading from the outside inwards towards the innermost room where God dwells. She describes the outer rooms where there were snakes and vipers of worldliness and distractions. Did she realise that those years when she felt herself far from God were in reality the first steps in her journey to the indwelling of God within her deepest being?

She takes the soul through the mansions of the palace, but insists that in reality it consists of an infinite number of rooms or mansions leading off from the ones she describes. No one soul is led in exactly the same way – the infinity of God is the only limit. What is required is an increasing conformity to the will of God, an increasing capacity to receive and to reciprocate the love of God.

Teresa hastens towards the two final mansions, which, she says, are closely joined, with the soul passing from one to the other.  This is the deepest union of the soul with His Majesty, as she loves to call Him; but there is a surprise.  Rather than seeing it as a state of continual bliss, she warns that courage is needed – there will be many hardships and trials, for if one is totally united to Jesus, then one is called to share in his Passion. 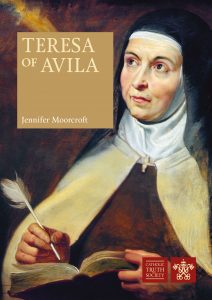 This blog is written by CTS author Jennifer Moorcroft, who wrote our book Teresa of Avila. This great Spanish saint, mystic and Doctor of the Church spearheaded the reform of the Carmelite order, founding many new convents in her lifetime. An amazing woman of zeal, known for her classic spiritual writings.

Learn more about this incredible saint by ordering your copy of Teresa of Avila.