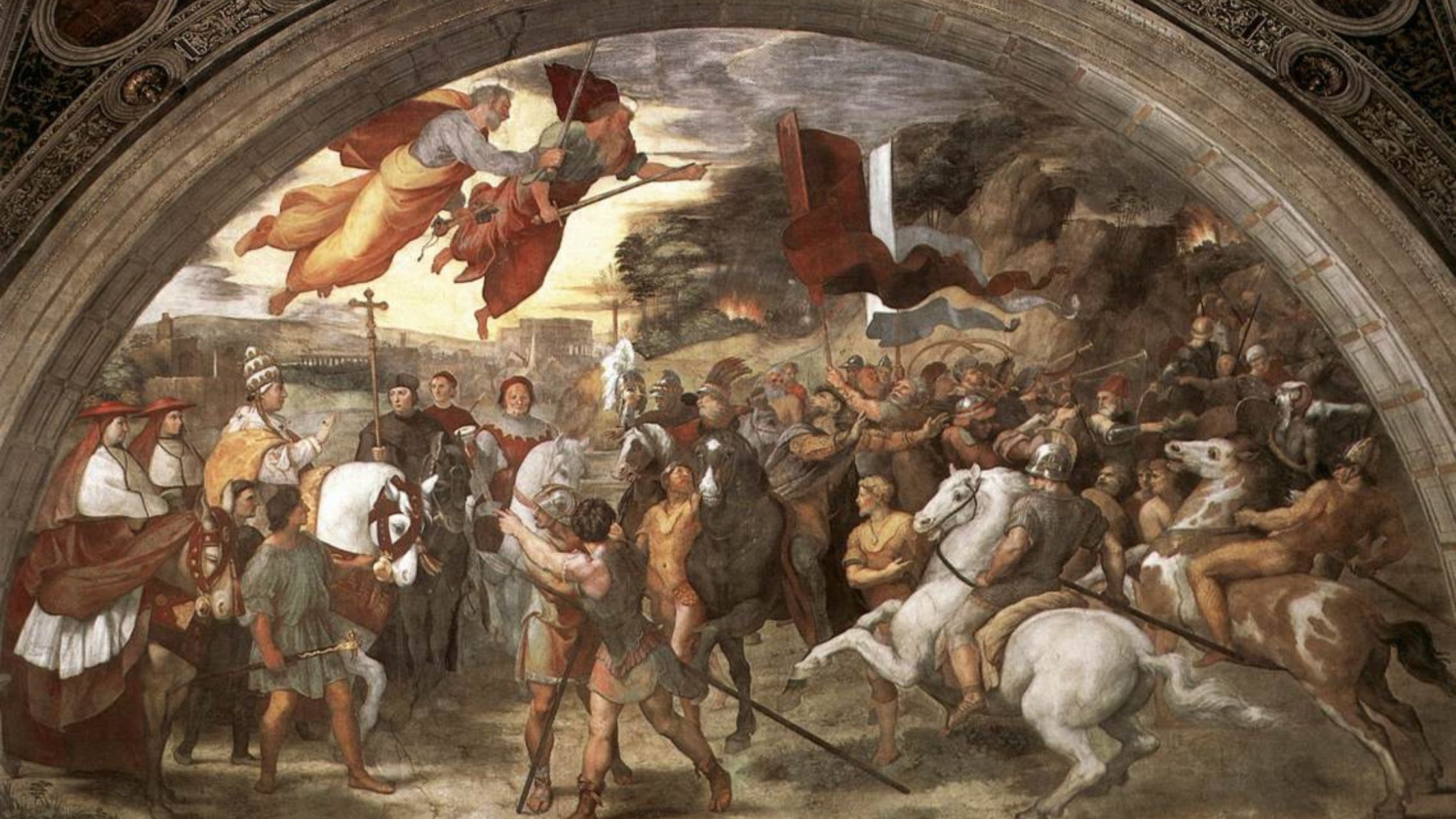 No one, however weak, is denied a share in the victory of the cross. No one is beyond the help of the prayer of Christ. His prayer brought benefit to the multitude that raged against him. How much more does it bring to those who turn to him in repentance.

St Leo the Great (+ 461), a son of Tuscany, became Pope in 440. Though unable to attend the Council of Chalcedon in 451, his letter (or Tome) defining Christ’s twofold nature was acclaimed as the Church’s teaching: ‘Peter has spoken through Leo.’ His famous meeting with Attila the Hun outside Rome the following year saved the city from destruction then, although, despite his efforts, it was pillaged by Vandals in 455. Leo’s theological writings earned him the title of Doctor of the Church.

O God, who never allow the gates of hell to prevail against your Church, firmly founded on the apostolic rock, grant her, we pray, that through the intercession of Pope Saint Leo, she may stand firm in your truth and know the protection of lasting peace. Through our Lord Jesus Christ, your Son, who lives and reigns with you in the unity of the Holy Spirit, one God, for ever and ever.

As found in Catechism of the Catholic Church.

But why did God not prevent the first man from sinning? St Leo the Great responds, “Christ’s inexpressible grace gave us blessings better than those the demon’s envy had taken away.” (412)

“The sign of the cross makes kings of all those reborn in Christ and the anointing of the Holy Spirit consecrates them as priests, so that, apart from the particular service of our ministry, all spiritual and rational Christians are recognized as members of this royal race and sharers in Christ’s priestly office. What, indeed, is as royal for a soul as to govern the body in obedience to God? And what is as priestly as to dedicate a pure conscience to the Lord and to offer the spotless offerings of devotion on the altar of the heart?” (786)

The mysteries of Christ’s life are the foundations of what he would henceforth dispense in the sacraments, through the ministers of his Church, for “what was visible in our Saviour has passed over into his mysteries.” (1115)

“Christian, recognize your dignity and, now that you share in God’s own nature, do not return to your former base condition by sinning. Remember who is your head and of whose body you are a member. Never forget that you have been rescued from the power of darkness and brought into the light of the Kingdom of God.” (1691)

A Year with the Catechism