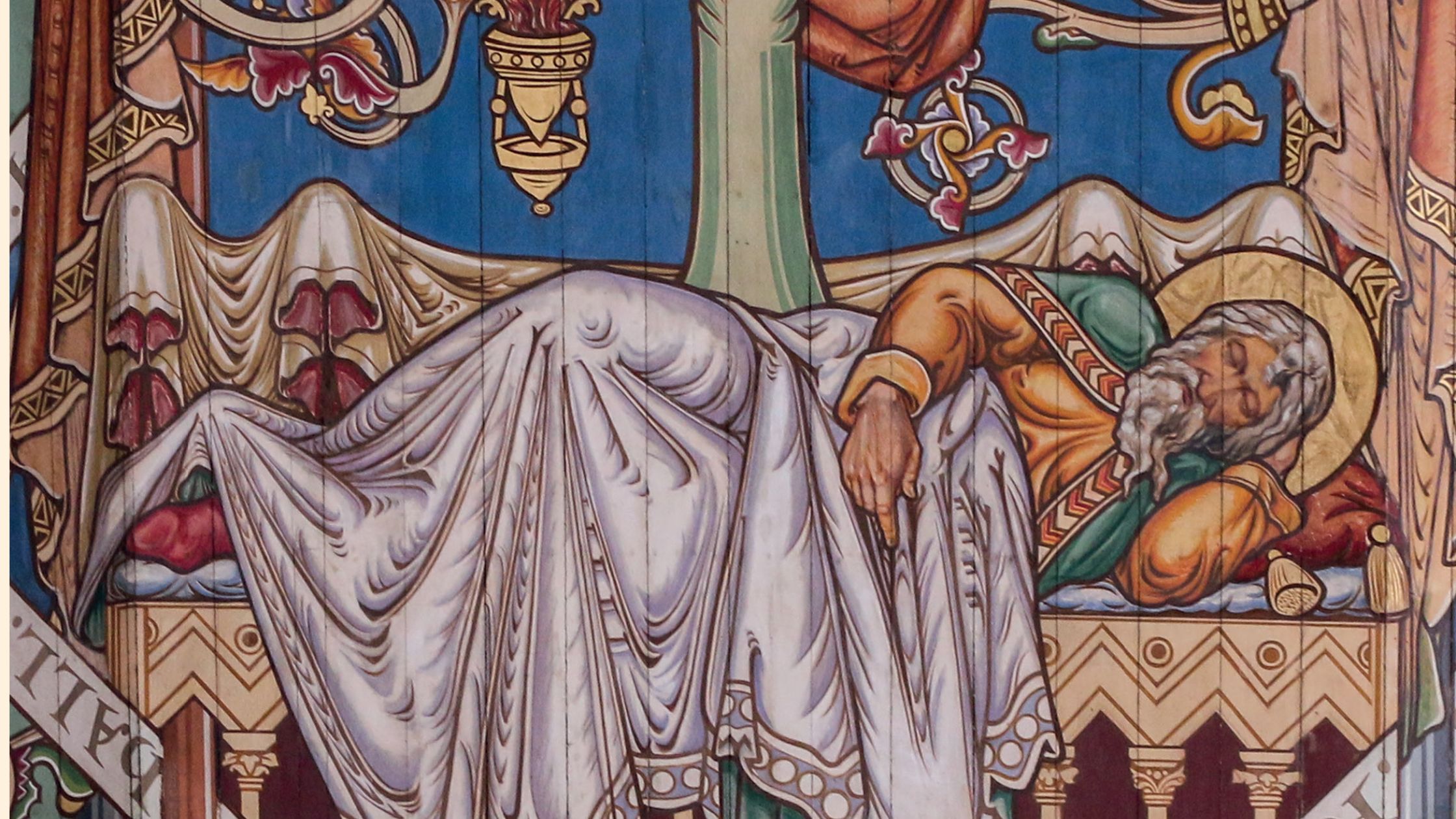 Root of Jesse, set up as a sign to the peoples, come to save us, and delay no more.

O stock of Jesse, you stand as a signal for the nations; kings fall silent before you whom the peoples acclaim. O come and deliver us, and do not delay.

The mention of Jesse and his family line introduces the ideas of ancestry and prophecy into our understanding of who and what Jesus is. Both ideas, like that of kingship, challenge the postmodern mind. Rightly, we today tend to value all heritages equally and to be sceptical of anyone claiming to have a privileged message from God. There is justice in both of these modern tendencies: we do well to honour the truth that every human, of every race and colour, country and origin, bears God’s image in absolute equality. We do well, too, to resist confident but baseless truth claims of every kind, evaluating words with care before granting our assent: “Test everything, hold fast what is good” (1 Thes 5:21). However, the modern mind also tends to split spirit from body, an age-long damage which Christ came to reconcile. It tends to distance our heritage from our identity, to hold our flesh at arm’s length from our mind. We sometimes think of this split as making us more intellectual or more rational, qualities our education leads us to see as praiseworthy. We also may think of the split as a way of avoiding the errors of our cultural baggage, in which physical or national differences have been abused as meretricious explanations for existing power imbalances or as ways to unjustly assert the dominance of some over others. Again, this desire is right to an extent. Cultural arrogance and the abuse of power can never please the God who “has scattered the proud in the thoughts of their hearts” and “has brought down the mighty from their thrones and exalted those of humble estate” (Luke 1:51-52). In calling attention to these truths, Mary’s is the voice of a woman deeply rooted in the intellectual, historical, and spiritual tradition of her people, yet at the same time bursting forth with all the urgency and immediacy of the Holy Spirit’s action in the present.

But what, then, is the antiphon saying? Or to ask it another way: How is God’s having “helped his servant Israel” – which, remember, Mary and Jesus embody and instantiate, in their shared physical, historical, intellectual, and spiritual heritage – also “a signal to the nations” and a promise of God’s salvation to the whole world? It is no contradiction in terms that Jesus’s particular ancestry in this world is an expression of, not incidental or accidental to, his position as universal Saviour. The “root” or “stock of Jesse” means the house of King David. Scriptural prophecies in Isaiah predicted that the Messiah, the Saviour of the people, would come from this family line. Through Joseph’s legal adoption of him, the child in Mary’s womb, too, becomes part of this family line. (Theologian Caitlin Kim suggests that perhaps Mary, like Elizabeth, was part of the “tribe of Aaron,” or the Levites, giving Jesus a priestly and royal heritage.)

To arrive at a clearer picture of the relationship, we may notice how, in the text of this antiphon, other kings fall silent before Christ. (Impossible here not to see the magi again, speechless with wonder at the stable.) This recalls the way that, throughout the history of Israel, the people brought into being one political order after another: orders that they often expected to be salvific. Yet salvation could not be found in any political order, not in any set of laws, not in any pressure group or in any merely human leader. Even the Ten Commandments – which are referenced in yesterday’s antiphon, which have been given for our guidance, and which remain valid for Christians – taken on their own, lack the power to save. Only the embodiment of the Law, in the person of Jesus Christ, has this salvific power. Only he can, at one and the same time, lead, rule, and save.

Christ himself, in all of his human particularity united to his divine universality, is “a sign for the peoples” or a “signal for the nations”. What is he signalling to us? The call is clear: “Repent, for the kingdom of heaven is at hand” (Matt 4:17).

This is why, both now and during the preparation for Easter that occurs in Lent, the Church prays the verse, “Prepare the way of the Lord” (Isa 40:3). We prepare the way precisely bringing our own history and embodied reality, whatever these may be, into relationship and alignment with the history and embodied reality of Christ’s life and teaching. No one is barred, no one is dismissed, no one is held at a remove: “For as many as you as were baptised into Christ have put on Christ. There is neither Jew nor Greek, there is neither slave nor free, there is no male and female, for you are all one in Christ Jesus’s” (Gal 3:27-28). This is not to say that our differences are erased, but instead that no characteristic of ours may limit the grace, the degree of God’s life in us, we are able to receive. Nor does it mean that, subjectively, we may not experience tensions and obstacles: of course we will. These will differ according to our individual stories. But in order to extend his invitation to all, Christ needed to be born into a nation whose individual story as a people – their heritage, their central narrative – promised an Anointed One who would have power to lead and guide, rule and save. It is worth taking this time to develop a deeper under- standing of the identity of Jesus Christ, since it does so much to explain our own identity in him through baptism and through our participation in the Eucharist. The sacramental life of the Church establishes our friendship, our common life, with Jesus. In this friendship, we become open to the indwelling of the Holy Trinity in our souls. We come in close contact. And since, as Fr James Brent has explained with reference to Aristotle and St Thomas,11 a friend is another self, friendship with Jesus is how we become, in a certain sense, another Christ. This friendship is how we imitate Mary; it is how we bear Christ into the world. It is how the impossible becomes possible in us.

Christ’s life in us is no mere metaphor. It is a living and active reality, which requires our conscious agency to reach its fulfilment. It is a gift that does not belong to us alone, but instead is given us for the sake of communal and personal love, in which we will find our own fulfilment and flourishing. Catholic writer Caryll Houselander reports that her reversion to the Church involved a mystical vision in which she saw every human being on the earth, without exception, as embodying a stage in the life of Christ. Some carried the infant Christ; some lived his active life; some rejoiced in him; some grieved in him. Some spoke his words to others; some bore his Cross. Even those in mortal sin still held a Christ-life that had died inside them, waiting for their repentance to allow his Resurrection to be enacted in them. Houselander writes of this experience as follows:

I was in an underground train, a crowded train in which all sorts of people jostled together, sitting and strap- hanging – workers of every description going home at the end of the day. Quite suddenly I saw with my mind, but as vividly as a wonderful picture, Christ in them all. But I saw more than that…. [B]ecause He was in them, and because they were here, the whole world was here too, here in this underground train.…

It would be impossible to set down here all the implications of this “vision” of Christ in man; it altered the course of my life completely… I saw that is the will of Christ’s love to…trust Himself to men, that He may be their gift to one another, that they may comfort Him in one another, give Him to each other. In this sense the ordinary life itself becomes sacramental, and every action of anyone at all has an eternal meaning.

Without a doubt, this vision throws significant light on Houselander’s idea, which we considered earlier, that every person is also in a certain way Mary, bearing Christ into the world. If we recognise her work, we also recognise his, since they are inseparable. As St Louis de Montfort wrote: “If we praise [Mary] or glorify her, she immediately praises and glorifies Jesus. As of old when St Elizabeth praised her, so now when we praise her and bless her, she sings: ‘My soul doth magnify the Lord.’” If we imitate one, we imitate the other. They are inseparable; and the image of the “root of Jesse,” Christ’s human lineage, hymns this inseparability in both physical and spiritual life. 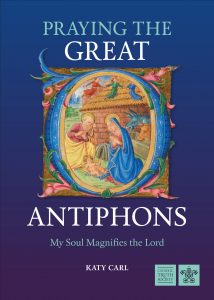