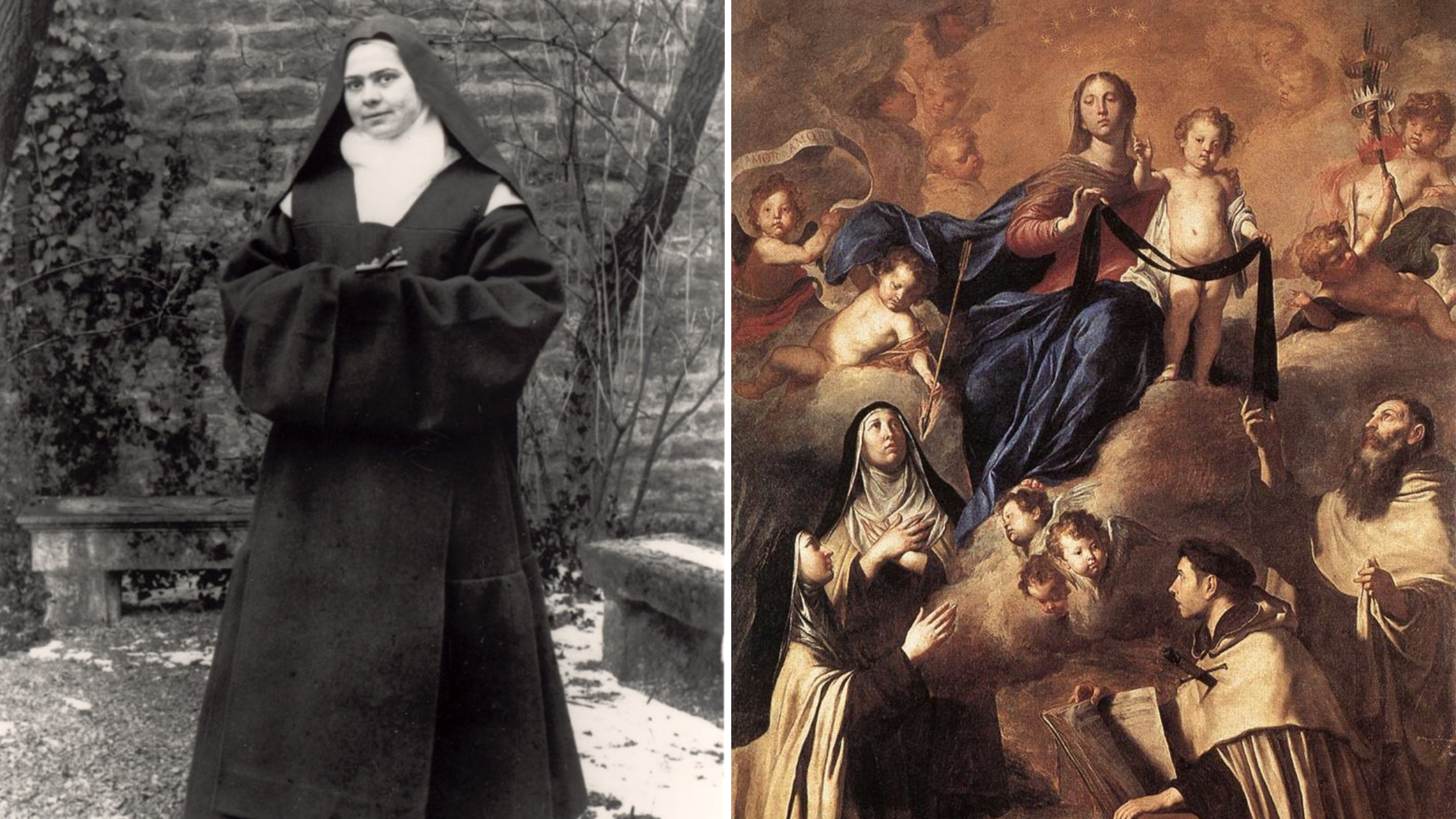 Elizabeth saw in Mary the model of the contemplative, prayerful soul. In the latter part of August 1906 she wrote two treatises, “Heaven in Faith” and “Last Retreat”, and in them gave a beautiful exposition on Mary:

“If you knew the gift of God”… There is one who knew this gift of God, one who did not lose a particle of it, one who was so pure and luminous that she seemed to be the Light itself. “Speculum Justitiae”. One whose life was so simple, so lost in God that there is hardly anything we can say about it.

“Virgo Fidelis”; that is, Faithful Virgin, “who kept all these things in her heart”. She remained so little, so recollected in God’s presence, in the seclusion of the temple, that she drew down upon herself the delight of the Holy Trinity: “Because he has looked upon the lowliness of his servant, henceforth all generations shall call me blessed”. The Father, bending down to this beautiful creature, who was so unaware of her own beauty, willed that she be the Mother in time of him whose Father he is in eternity. Then the Spirit of love who presides over all of God’s works came upon her; the Virgin said her fiat: “Behold the servant of the Lord, be it done to me according to your word”. And the greatest of mysteries was accomplished. By the descent of the Word in her, Mary became forever God’s prey.

It seems to me that the attitude of the Virgin during the months that elapsed between the Annunciation and the Nativity is the model for interior souls, those who God has chosen to live within, in the depths of the bottomless abyss. In what peace, in what recollection Mary lent herself to everything she did! How even the most trivial things were divinised by her! For through it all the Virgin remained the adorer of the gift of God! This did not prevent her from spending herself outwardly when it was a matter of charity; the Gospel tells us that Mary went in haste to the mountains of Judea to visit her cousin Elizabeth. Never did the ineffable vision that she contemplated within herself in any way diminish her outward charity.

This blog is extracted from our book Elizabeth of the Trinity, in which the fourth great Carmelite saint reminds us of the rich Catholic tradition of prayer and union with God.