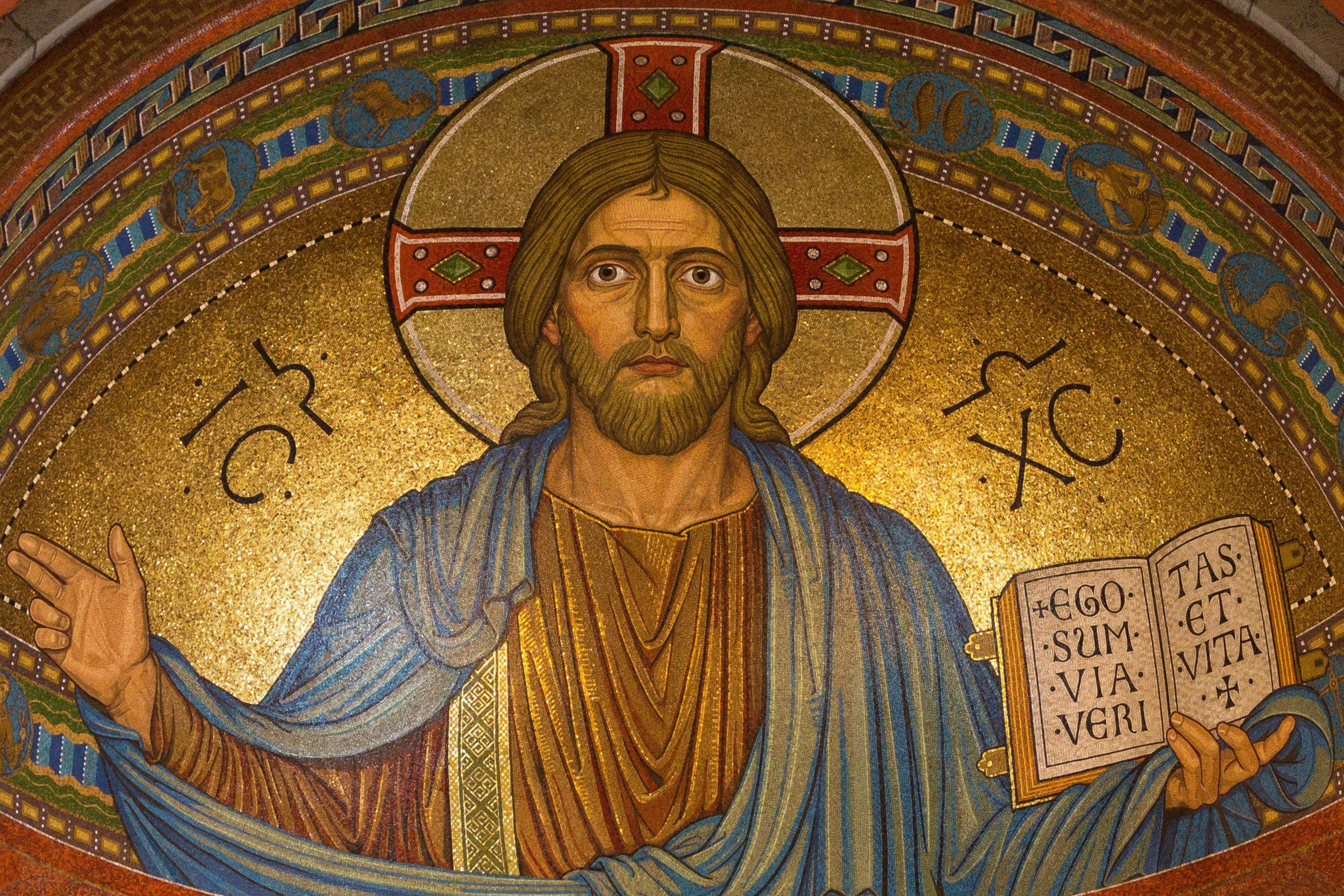 The mystery of the Incarnation, of God’s becoming man, is not something that can be easily understood by finite human minds. However, just as we can’t fully comprehend God himself but can at least understand him at a certain elementary level, we can have a basic understanding of how it is not logically impossible for God to become man in the divine person of Jesus Christ.

Christians believe that God is a trinity of persons, Father, Son, and Holy Spirit, who each fully possess the divine nature. Upon his Incarnation, God the Son became man: within the body of his mother, Mary. He did all of this while remaining one divine person and retaining his fully divine nature, even as he took on a fully human nature through the Incarnation. This mystery is called the hypostatic union, and it means that Jesus was not half God and half man (like a Greek demigod) but was one hundred percent God and one hundred percent man. How is this possible? According to the Catechism:

Christ’s human nature belongs, as his own, to the divine person of the Son of God, who assumed it. Everything that Christ is and does in this nature derives from “one of the Trinity.” The Son of God therefore communicates to his humanity his own personal mode of existence in the Trinity. In his soul as in his body, Christ thus expresses humanly the divine ways of the Trinity (470).

Death occurs when a being’s parts are separated into their basic elements. In this case, Jesus’s soul was separated from his body but God still raised Jesus from the dead (Rm 10:9). Also, since Jesus is God, the Bible is correct when it says that Jesus raised himself from the dead (Jn 2:19-21) because Jesus is God.

The Catechism (472) goes on to say that even though Christ had a divine nature, his knowledge was true human knowledge; as such it was limited, and Jesus had to go through a process of learning to acquire it.25 This is echoed in Luke 2:52, where it says that “Jesus increased in wisdom and in stature, and in favour with God and man.” Christ had human knowledge and a human will that co-operated with the Father, but he also possessed a divine will and divine knowledge as a part of his divine nature. The universe continued to function even while Christ was an infant because even though the Son’s divine nature was united to his human nature, it was not limited by it. In his divine nature God the Son continued to operate in perfect communion with the other two divine persons of the Holy Trinity. And so it’s accurate to say that God, in the person of the Son, became a little baby by taking on a human nature,
but this doesn’t mean that a little baby, possessing only a human nature, was put in charge of ordering and sustaining the universe.

This blog is extracted from our booklet 20 Answers: The Real Jesus by Catholic Answers Apologist Trent Horn. Who was Jesus? Did he really exist? This booklet provides intelligent responses to the most fundamental questions about Jesus’s life, death and resurrection.

Find answers to common questions about Jesus and support the mission of CTS by ordering your copy.