We can almost say that devotion to the Sacred Heart is as old as Christianity itself. It is founded on one of the most important truths of our faith: that God became Man in Jesus Christ and that, having ascended to heaven, his sacred humanity remains united to the Godhead in the glory of the Holy Trinity. Therefore his Sacred Heart, the source and symbol of his love for us, may fittingly be made the object of our special reverence (The doctrine is expounded fully in the Encyclical of Pope Pius XII, Haurietas Aquas, of 1956).

Our Lord, in the Gospels, reveals himself as ‘meek and humble of heart’ (Mt 11:29) and calls his disciples to live in close communion with him, to imitate his teaching and learn from his way of life. In this lies the basis of our devotion – a desire to model ourselves on Jesus and to love Him in return for the love shown to us. Later, in the hour of his Passion, Jesus’ side is pierced with a spear, and there flows out blood and water (Jn 19:34). This blood and water was interpreted by the Fathers of the Church as representing symbolically the waters of Baptism and the blood of the Eucharist – hence the sacramental life of the Church can be seen as flowing from the heart of Jesus, a source to which the faithful soul must always be returning.

These meditations of the Fathers bore fruit in the writings of many of the great mystics of the Middle Ages, who expressed in the language of poetry and prayer both the burning love of Christ for souls, and the love which we poor sinners should have for so good and generous a Saviour. Among these figures we can count St Bernard of Clairvaux (+1153), St Bonaventure (+1274), St Gertrude (+1302), St Catherine of Sienna (+1380) and many others.

This was also the spirit of the famous Bishop of Geneva, St Francis De Sales (+1622) who adopted humility, gentleness and tender loving mercy, all aspects of the Sacred Heart, as a model for His life and apostolate. Together with St Jane Frances de Chantal (+1641) St Francis founded the Order of the Visitation, and he devised for this order its characteristic emblem – the Heart of Jesus, pierced and crowned with thorns.

About the same time, St John Eudes (+1680), a priest of the French Oratory, published a book entitled The Life and Royalty of Jesus in the Christian Soul, which ran to six editions. This work, and Eudes’ passionate preaching, won a huge following, and it was he who first composed a Mass and Office of the Sacred Heart, between 1668 and 1670. This led Pope Leo XIII to describe him as ‘the author of the liturgical worship of the Sacred Hearts of Jesus and Mary’.

Finally, towards the end of the same century, it was a nun of the Visitation Order, St Margaret Mary Alacoque (+1690), who gave birth to devotion to the Sacred Heart in the form we know it now. It was also she who propagated the observance of the nine First Fridays.

This blog is extracted from First Fridays and First Saturdays, which sets out how to pray these two well-known devotions: the Sacred Heart of Jesus and the Immaculate Heart of Mary, and offers helpful guidance as to their value, origins and purpose. 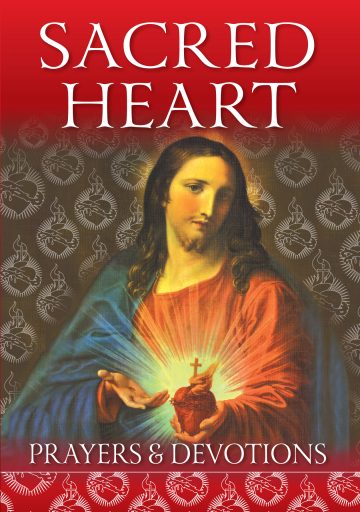