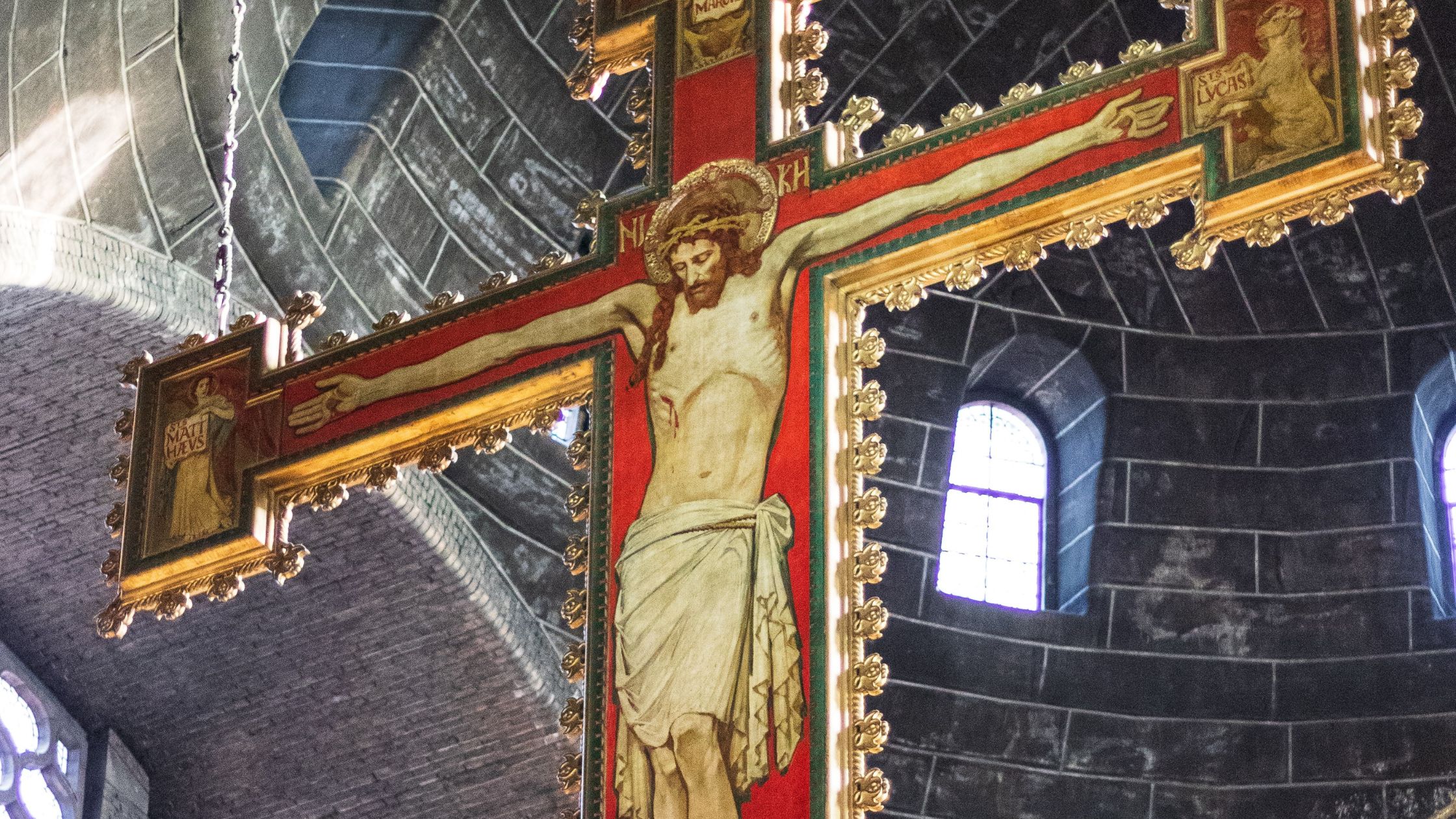 Today’s feast is written by Fr Nicholas Schofield in Saints of the Roman Calendar.

The Feast of the Exaltation of the Holy Cross commemorates the rescue of the relic of the True Cross by Emperor Heraclius in 629 after it had been captured by the Persians; it also marks the original dedication of the Church of the Holy Sepulchre, where relics of the Cross were kept, in 335. The Feast celebrates the Cross, the instrument of our salvation, and is in many ways an extension of Good Friday. The Cross is a great and powerful sign of God’s love for us – a love stronger than death – and also a daily reality in our lives: the only true path to holiness.

O God, who willed that your Only Begotten Son
should undergo the Cross to save the human race,
grant, we pray,
that we, who have known his mystery on earth,
may merit the grace of his redemption in heaven.
Through our Lord Jesus Christ, your Son,
who lives and reigns with you in the unity of the Holy Spirit,
one God, for ever and ever.

Why did Jesus have to die?

Westminster Cathedral is one of the largest churches in central London. As you enter the building you notice the darkness of the unfinished ceiling, and the altar in the distance. But dominating everything, hanging high above the altar, is a huge painted crucifix (pictured).

Stations of the Cross: The Way of Divine Mercy

Meditations on the Stations of the Cross