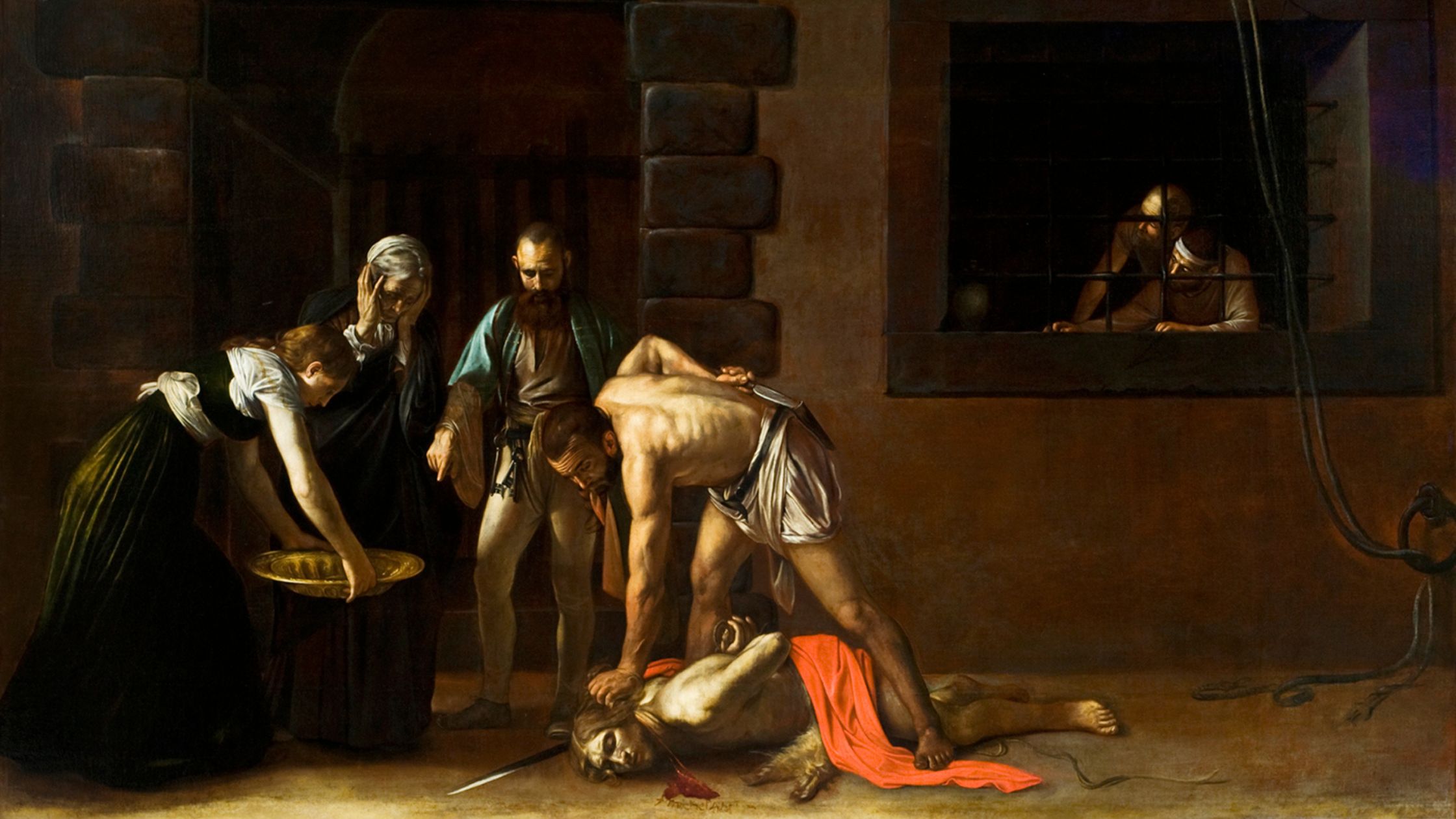 “John the Baptist…had the profound humility to hold up Jesus as the One sent by God, drawing back so that he might take the lead, and be heard and followed… Precisely for love of the truth he did not stoop to compromises and did not fear to address strong words to anyone who had strayed from God’s path… He understands that the only steadfast reference point is God himself.“

Today’s saint is written by Dom Henry Wansbrough OSB in A Year With the Bible.

Between the sending out of the disciples on their first apostolic mission and their return Mark inserts the story of the death of John the Baptist. The positioning may be intended to suggest that there is no proclamation of the gospel message without persecution and suffering. The Baptist paid with his life for preaching true morality. It is an attractive and realistic touch that Herod liked to listen to him, though he did nothing to clean up his situation: we all know the difficult situation in which we recognise the right path but cannot quite bring ourselves to carry out our good intentions. There is a clear parallel with the account of the death of Jesus, most obviously in the final touch, that his disciples took his body and laid it in a tomb (6:29, as 15:46 of Jesus); in each case a slightly coarse word is used for the body, ‘corpse’. This is an ominous precedent.

The Jewish historian Josephus gives a more political account of the incident, positing that Herod Antipas took John into custody for fear of a messianic rebellion. In Mark, on the other hand, the incident has all the lure of a palace intrigue. Herod’s new wife is cast in the mould of Jezebel, the Tyrian princess who led King Ahab into the sin of judicial murder. In this case Herodias pounced on the opportunity to rid the palace of this danger to her irregular situation. In both cases the male partner is portrayed as spineless, manipulated by his wife, and Herod’s limp excuse of offending his guests by breaking his word is surely worse than none at all. There is in the account also a touch of Queen Esther, to whom King Xerxes promised half his kingdom – just as Herod does so irresponsibly to his attractive step-daughter.

Question: Can both versions of the story, in Josephus and Mark, be true?

Gospel According to Mark